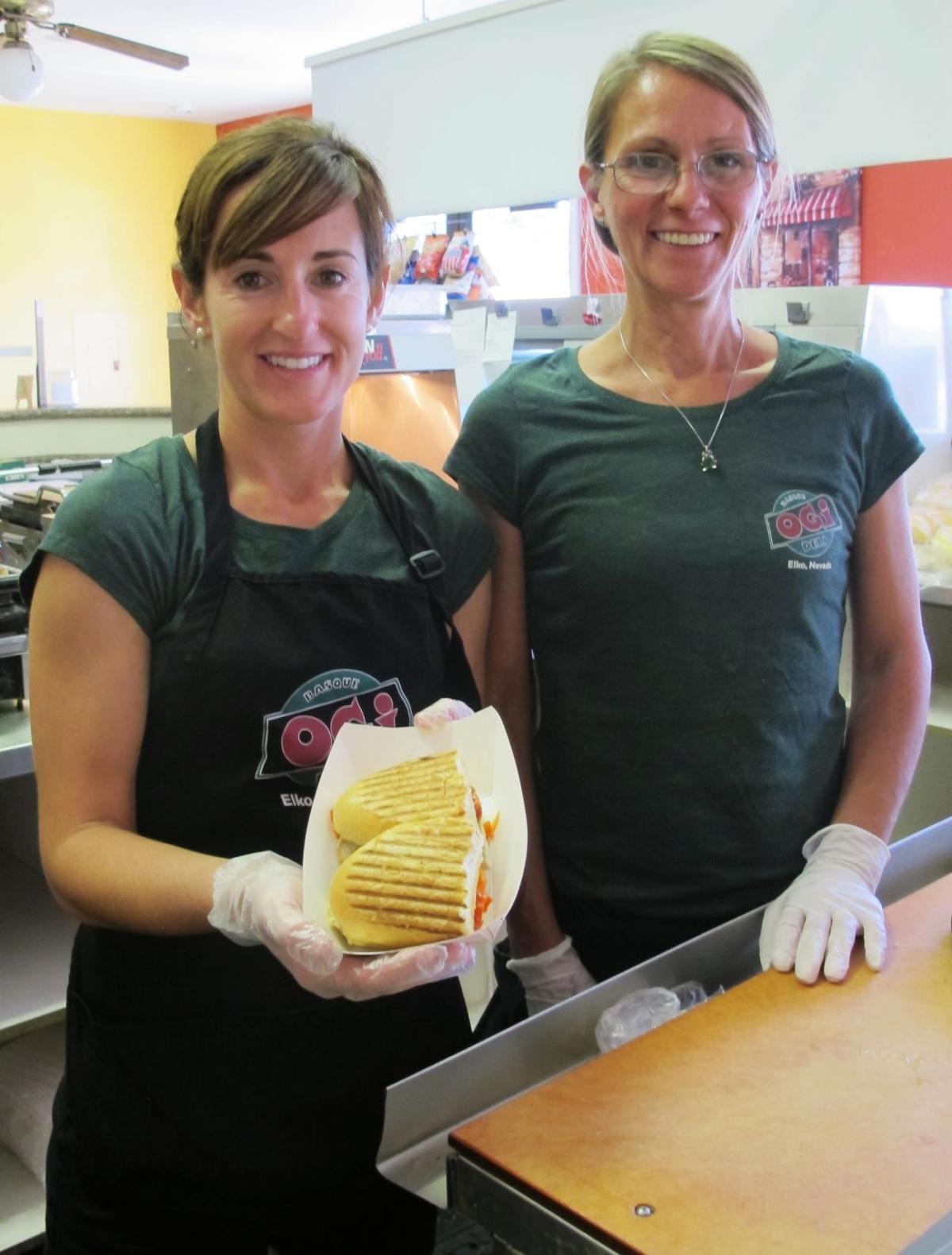 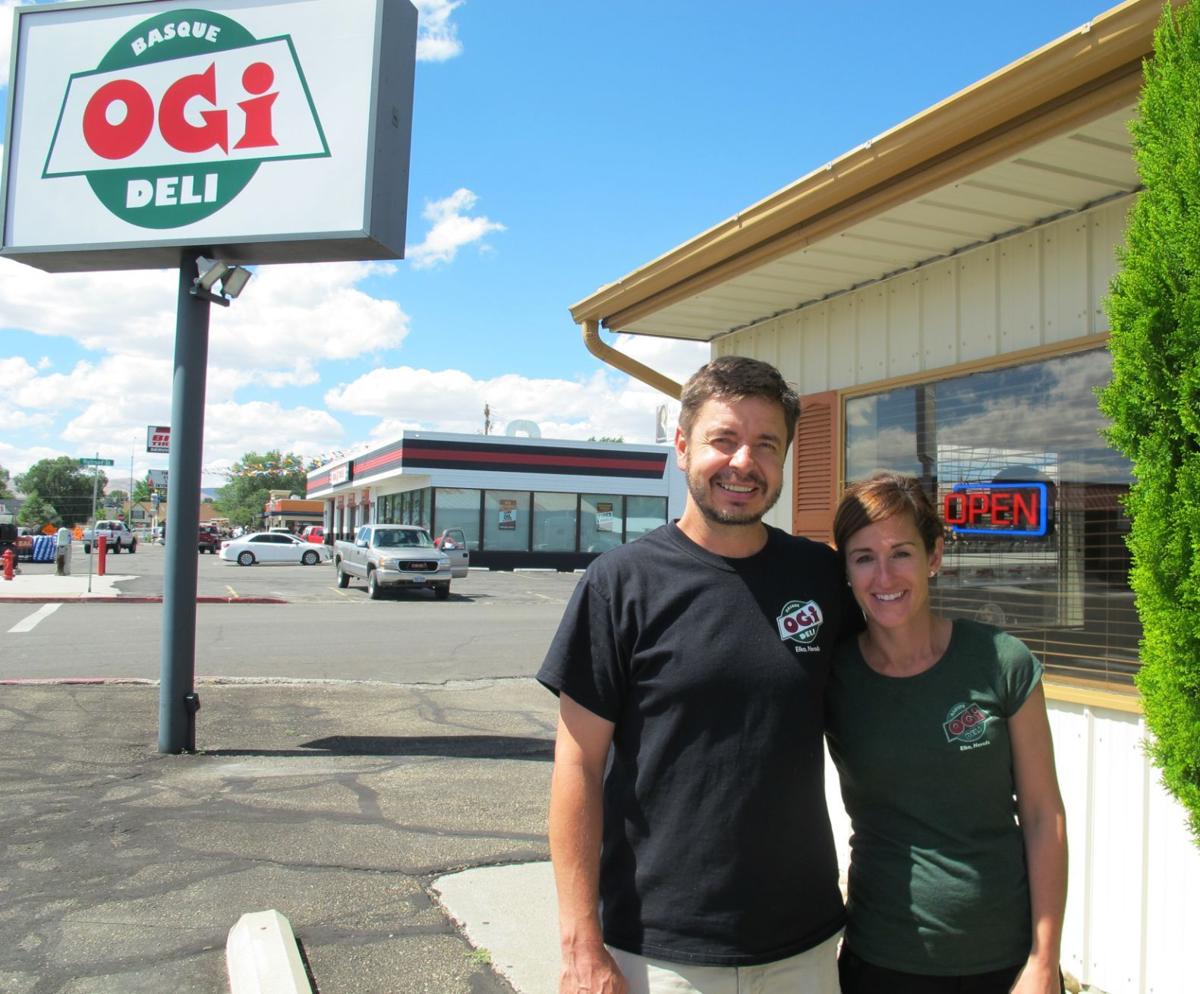 Ogi Deli owners Mikel Lopategui, left, and Anamarie Lopategui stand in front of their business for a photo Monday. 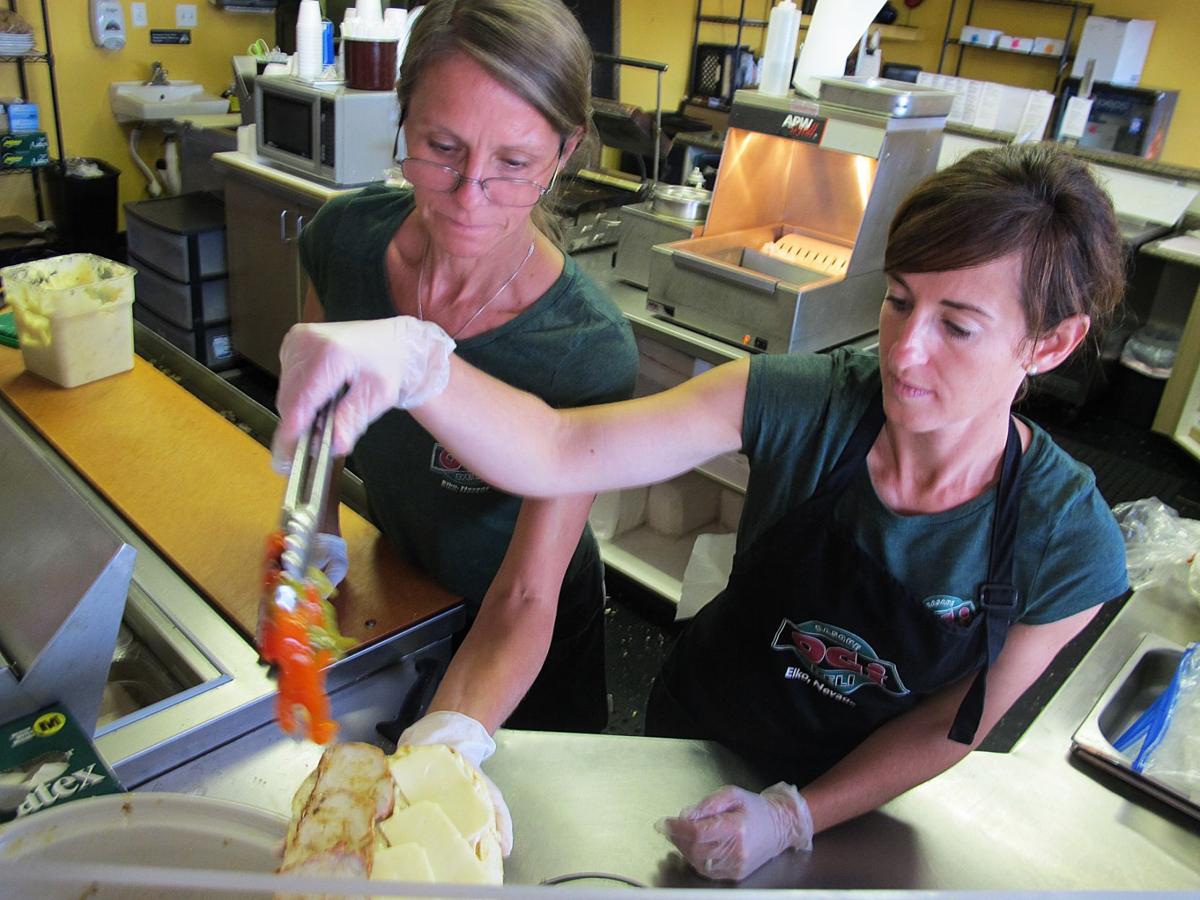 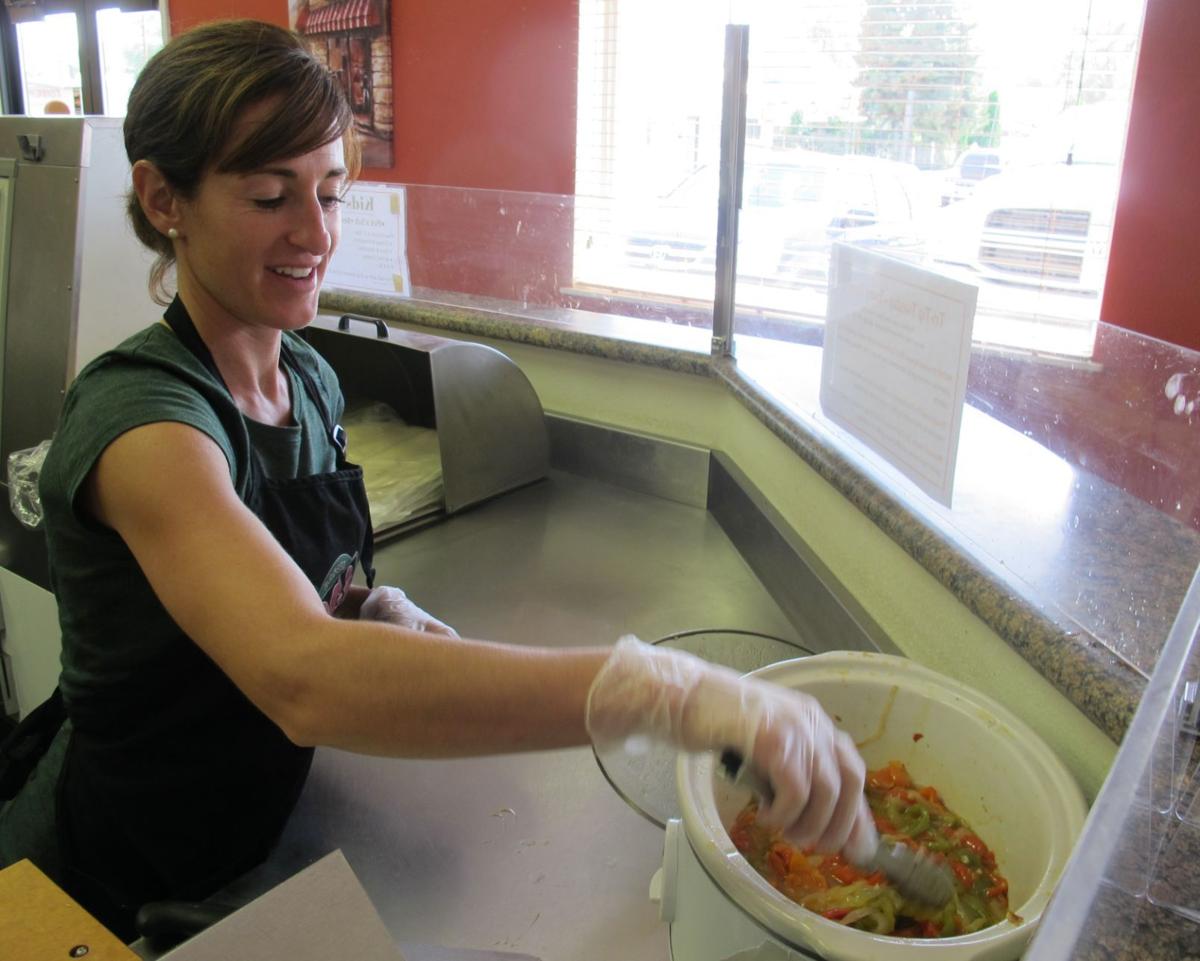 ELKO — The two dames have left, but 2 Dames & A Deli is going strong, with a new name and new ownership.

“We wanted to allow the three months of transition,” Anamarie Lopategui said.

Since then, Ogi Deli has incorporated Basque sandwiches — or “ogitartekoak” — into the old menu. “Ogi” is short for “bread” in Basque.

“We thought Basque sandwiches would do really well here in Elko,” she said.

So far, the new menu items have been a hit. The solomo sandwhich — marinated pork loin, piperade, roasted garlic mayonnaise and Basque style cheese on a French roll — is a new favorite, she said. Other new items include a Basque chorizo, ikurrina, and jamon and gazta.

“We kept the majority of the menu and just added a little Basque twist to it,” Anamarie Lopategui said.

The new items are traditional and family recipes, as the Lapateguis are “100 percent Basque in blood.” Eventually, they want to start making the chorizos themselves. The soup is all homemade, and range from vegetable to carrot ginger and lemongrass chicken.

“You may never get the same soup twice because every day’s a work in progress,” she said.

Of course, recipes inherited from the “dames” — Diane Ouellette and Elaine Templeton — have stayed on the menu, including the seasonal tri-tip on Tuesdays.

Sandra Amigliore is a seven-year employee of the deli, which was once called 11th Street Deli.

“I think people are more excited about the sign to see what we’re all about,” she said. “We’re pretty busy, pretty steady.”

The Lopateguis moved to Elko from Reno because Mikel has family in the area.

“We had looked for a small place to raise the kids,” he said.

Anamarie Lopategui, who worked as a forensic investigator before teaching science for 10 years, said she couldn’t find a position here as a high school science teacher. The couple had previously owned a postal and shipping business in Carson City.

Mikel Lopategui has 17 years in education and was recently hired as the vice principal for Southside Elementary School.

“We just started looking for businesses for sale when we got here,” Anamarie Lopategui said.

The deli was ideal because it was well-established, Mikel Lopategui said. Still, the Serve Safe classes and other requirements kept them busy getting started.

“Every day was a learning experience,” he said.

Ogi Deli is located at 282 11th St. It is open 8 a.m. to 3 p.m. Monday through Friday, and offers catering for breakfast and lunch. Delivery is free to most local businesses for orders of $30 or more.

Anyone who has signed up for the weekly specials for 2 Dames & A Deli will still receive them through email. To find them or receive the emails, visit ogideli.com.

How to invest your tax refund wisely

Why Is Dogecoin Trading at New All-Time High?

Why Is Dogecoin Trading at New All-Time High?

5 home remodeling trends to watch for in 2021

Open floor plans are out; dedicated spaces for remote work and learning are in. Also, check out more home and personal finance advice from experts at NerdWallet, Forbes and the Motley-Fool.

Married? Claiming Social Security at 62 May Not Be Your Best Bet

If you've been the breadwinner in your household, read this before you claim your benefits at 62.

PORT FOURCHON, La. (AP) — Coast Guard boats and aircraft have covered an area larger than the state of Rhode Island to search for 12 people still missing Wednesday off the Louisiana coast after their offshore oilfield vessel capsized in hurricane-force winds.

9 Money Numbers You Need to Know

How To Get A Stimulus Payment If You’re Homeless

More than 156 million households around the country have already received their third stimulus checks. But people experiencing homelessness may be missing out on money they’re eligible to receive because the IRS doesn’t have enough information about them. And not only could many unhoused people be missing out on the $1,400 third stimulus payment: They […]

Only 25% of Americans Know This Important Retirement Savings Rule

Do you know how much money you should be saving for your senior years? Or are you really just guessing?

Risk is the chance that an investment’s actual performance could differ from its expected return. Assessing and managing risk is one of an investor’s main jobs, whether they’re individuals or giant financial companies. Financial risk manager is an accreditation for financial professionals who are trained to help institutions identify, measure and manage risk. What Is […]

Investing doesn't have to be complicated.

Your stimulus check can go further than you may think.

3 Tech ETFs That Could Make You a Multimillionaire

You can earn more than you may think with the right investments.

Ogi Deli owners Mikel Lopategui, left, and Anamarie Lopategui stand in front of their business for a photo Monday.