Get the latest local business news delivered FREE to your inbox weekly. 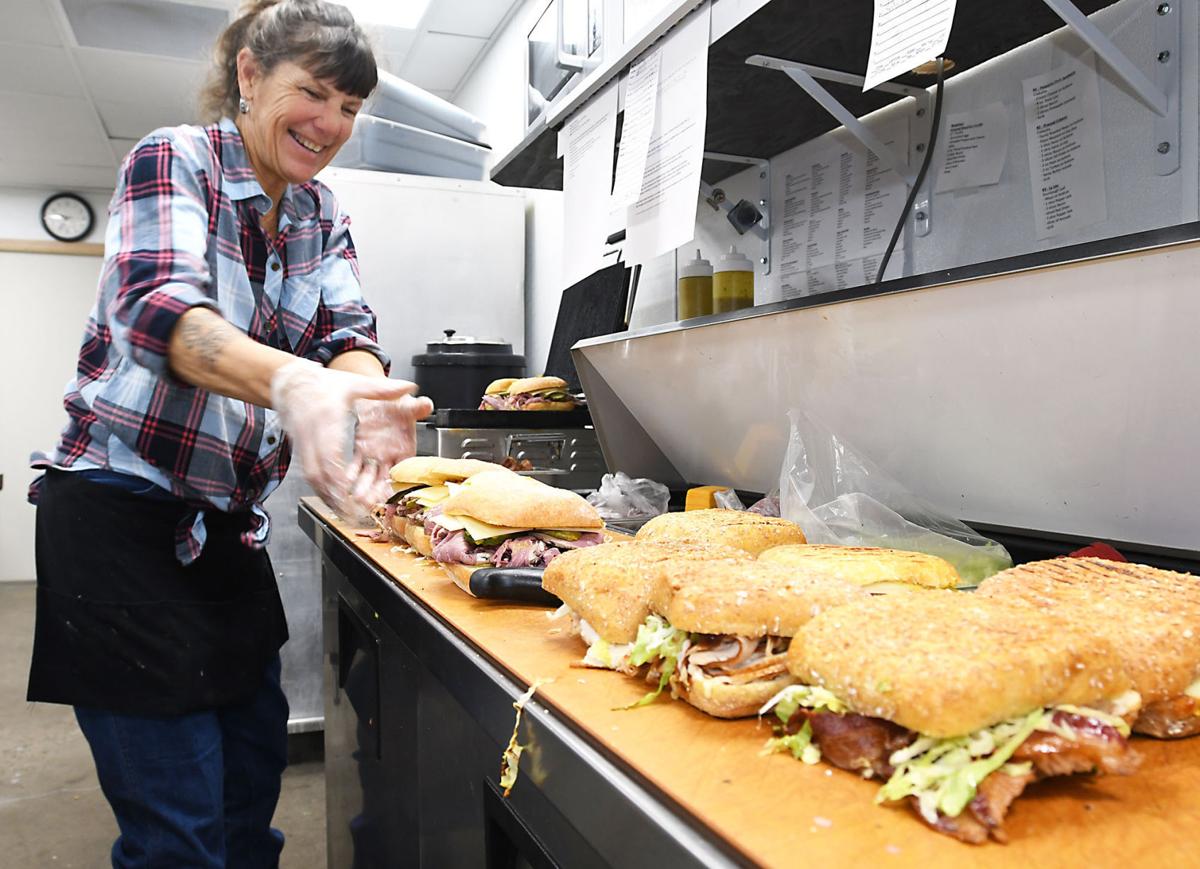 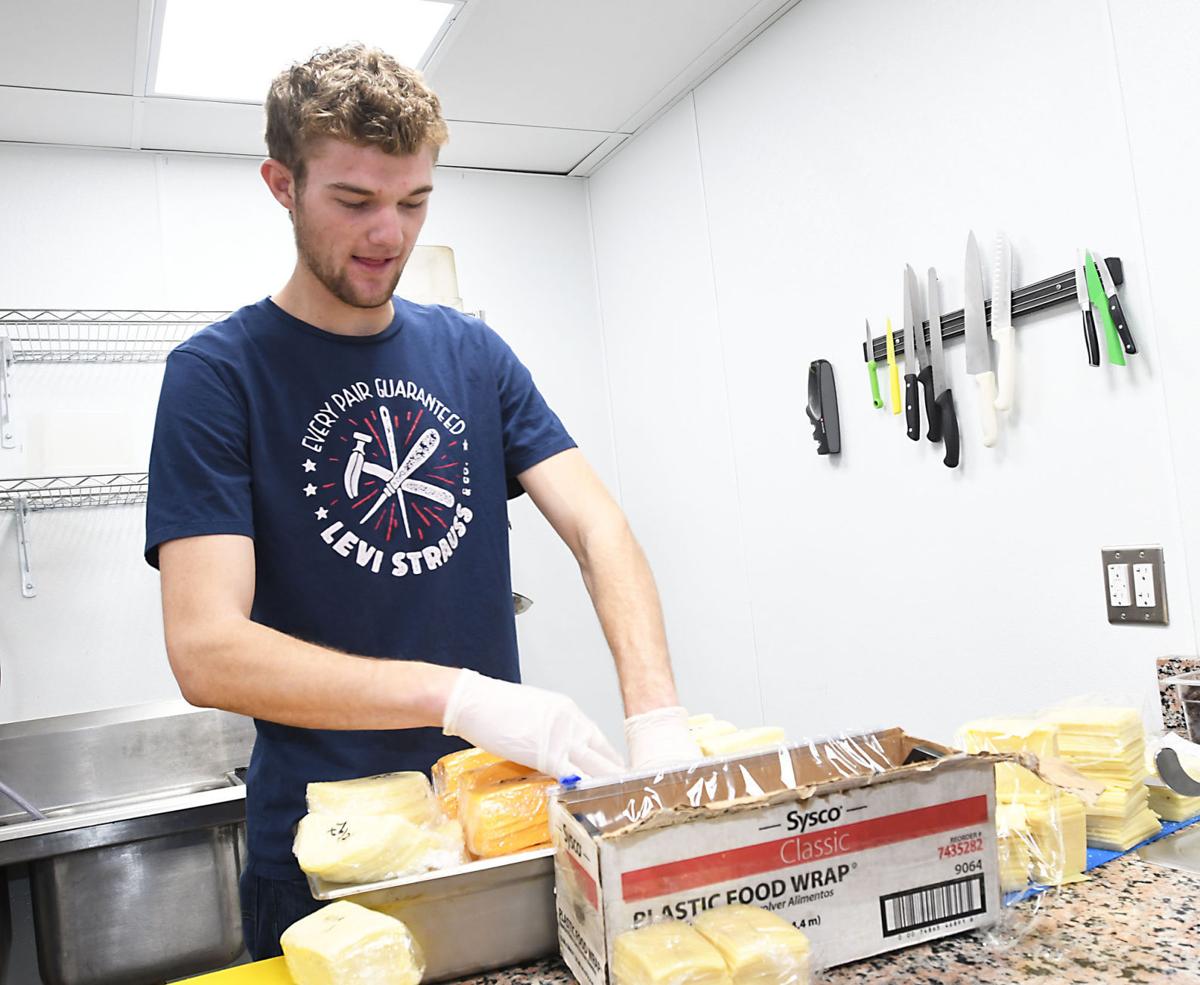 Tommy Evers, a sophomore at University of Nevada, Reno, preps cheese for sandwiches. 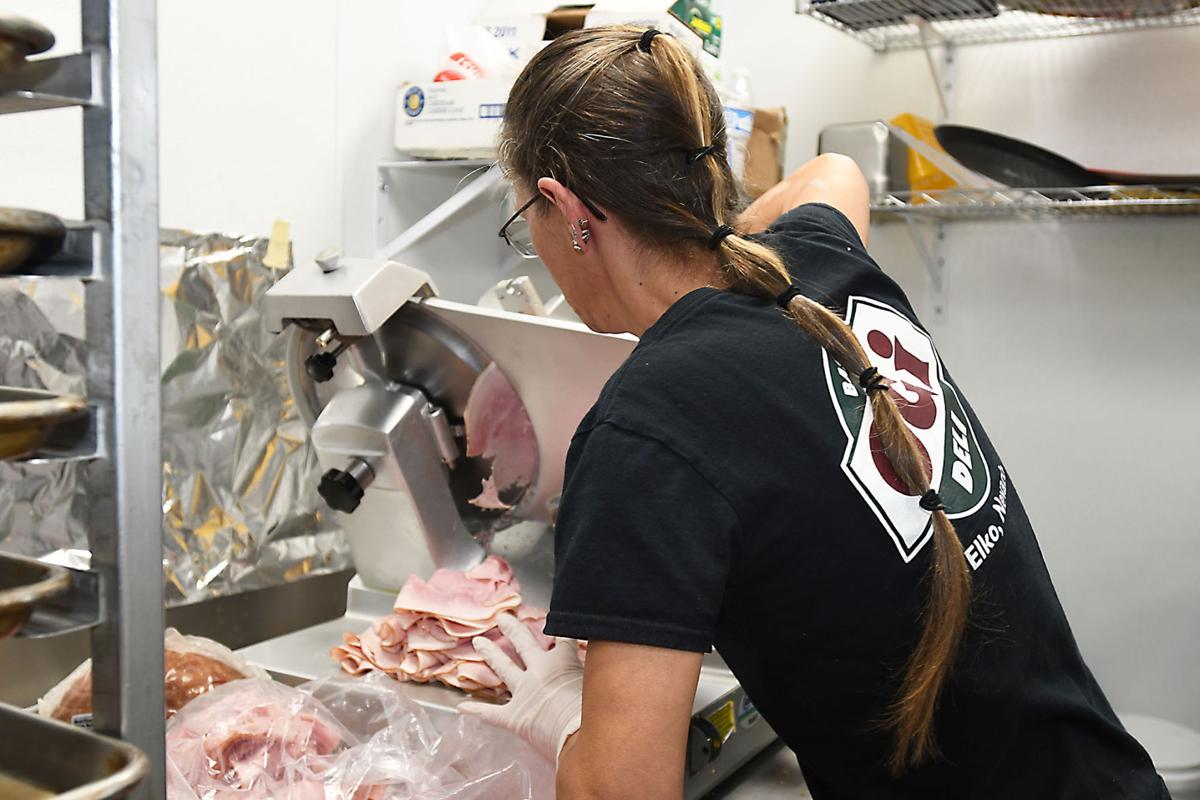 Sandra Amigliori operates the slicer in the deli kitchen.

ELKO – What happens when a business combines yummy ethnic and American food with the renovation of a 19th century downtown building? Pure magic.

Anamarie Lopategui bought Two Dames and a Deli two years ago when it was located on 11th Street. She renamed it Ogi Deli, which means bread in Basque. In 2016 she purchased the building located at 460 Commercial St. where Donuts N’ More used to reside and turned a diamond in the rough into a real gem.

“We took what was here and made it special,” said Lopategui.

The project was about a seven-month remodel which included ripping out the hung ceiling and tape-and-texture walls. What was revealed underneath is part of what makes this such a charming place. The original skylight was uncovered and old cloth and wool insulation was removed to expose brick walls.

Lopategui commissioned tables that are made from mostly local cottonwood, cedar, and cherry and created by local craftsmen. The tables are decorated with brands including the original P-Bench family brand.

Both Lopategui and her husband, who is co-owner, are first generation Basque Americans and they are proud of their heritage and the cuisine they grew up with.

“We strive to make sure that food is fresh,” said Lopategui. “We have a great staff who go above and beyond. We pride ourselves in our service.”

Recipes include some family traditions including piperade: red pepper, garlic and onion grilled in olive oil.

Some of the ingredients for their sandwiches and other dishes come from the Basque region in Spain and France, including two kinds of sheep milk cheese. Jamon serano is a big favorite.

Lopategui says she has developed a good following in the area and even has regular customers who regularly travel across country and stop to eat and say hello every time.

“Yelp has been our friend,” she said. “People have heard about us from Salt Lake and California.”

The restaurant is almost always hopping and on Wednesday at the time of this interview the kitchen was in a real whirlwind as the staff prepared 400 sandwiches for a mine-catering job.

“This is the absolute best place to work,” said Tami Evers, who was busy assembling and toasting subs.

Even as the owners and staff are settling into their new digs, changes are looming in the near future.

As the sign outside the building promotes, the restaurant will soon be a meeting place where people can sit and enjoy pintxos (tapas) along with Basque and Spanish wines and other drinks into the evening.

“We have a nice following of people who love Basque food,” said Lopategui.

Get the latest local business news delivered FREE to your inbox weekly.

Eating out in Elko

How to decide whether to get a debit or credit card

How to decide whether to get a debit or credit card

Tommy Evers, a sophomore at University of Nevada, Reno, preps cheese for sandwiches.

Sandra Amigliori operates the slicer in the deli kitchen.