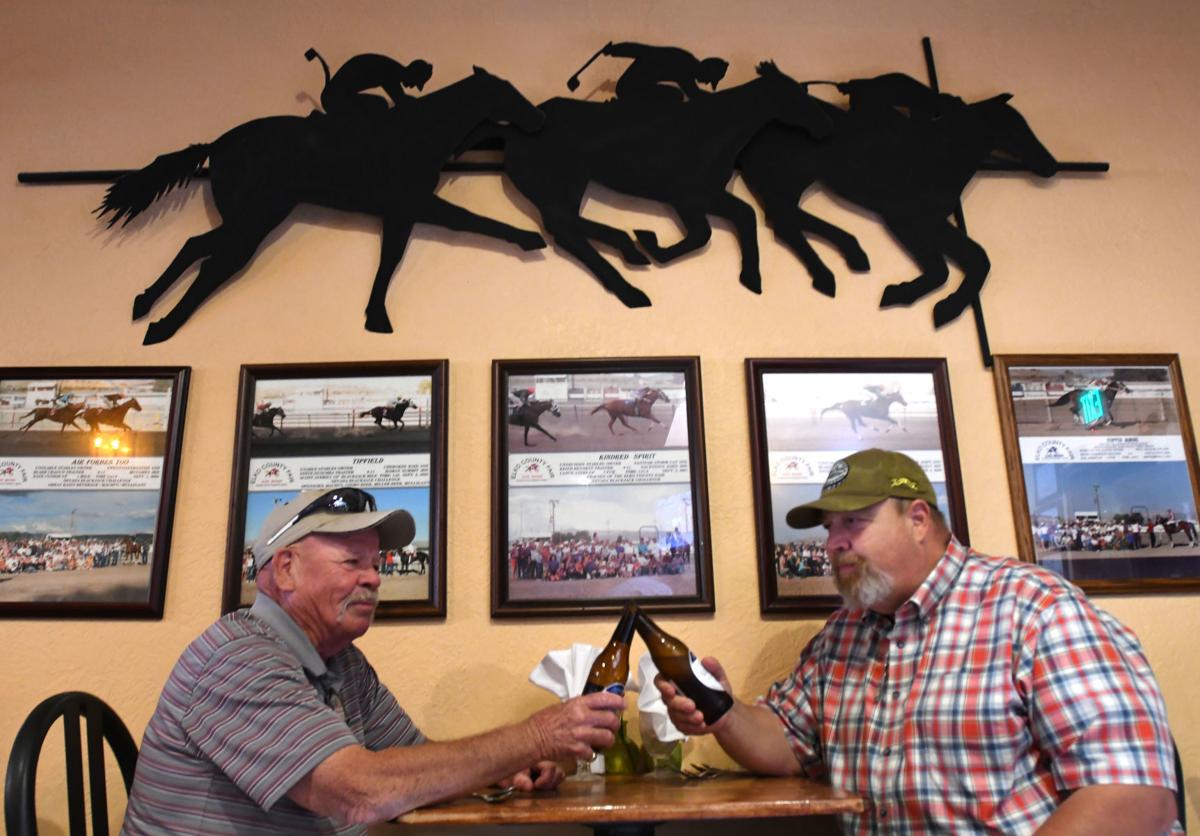 Dennis Gilligan and John Lemich remember the early days of their racing syndicate, Unstable Stables, and the Black Jack Challenge they created for the Elko County Fair. 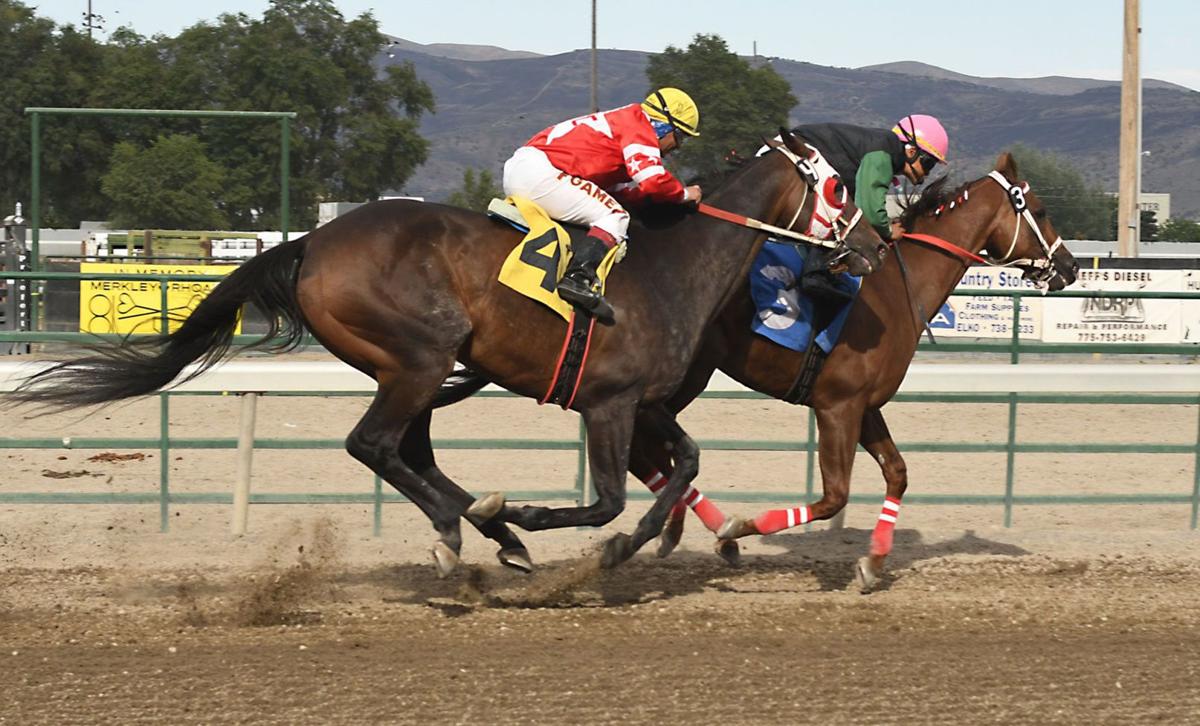 ELKO –Syndicate racing has been going on at the Elko County Fair for 24 years and the Blackjack Challenge will be 22 years old on Labor Day.

After nearly a quarter of a century, the fun and tradition are holding strong. In recognition of this tradition, members of the Elko Lion’s Club have chosen Dennis Gilligan and John Lemich, founders of fair’s syndicate racing, as grand marshals for the fair parade that starts at 11 a.m. Aug. 30.

“They were chosen by the Lion’s Club because they are the beginning of the Blackjack Challenge as we know it today,” said Lion’s Club member Danny Benson. “I asked the guys how the heck did this syndicate racing business start? It started with wine and dinner 20 some years ago.”

“We were having dinner and we got talking about the fair,” said Gilligan. “It’s not really that fun if you don’t have a horse in it and John says, ‘Well, let’s buy a horse.’”

Gilligan told friend John Lemich that he was crazy.

But they asked people to give them a hundred dollars so they could invest in a horse through syndication, and people went for it in a big way.

“That year we were the only one and we ran it and it won the first race of the fair,” Gilligan said.

“Everybody was hooked,” Lemich said.

That was 1996, according to Gilligan.

“The next year Angelo Puccinelli formed a group, so there were two of us,” Gilligan said.

“The third year we started the Blackjack Challenge,” Lemich said.

They named it the Blackjack because the state racing rules require a separate license at just five percent ownership of a racehorse.

“At 21 people it’s less than five percent, so we end up with just buying one license for the syndicate,” Lemich said. “That’s why it’s called the Blackjack Challenge. You have to have 21 or more owners.”

The first year they had nine syndicates competing in the challenge.

“We even had a stall decorating contest,” Gilligan said, laughing.

“The Lion’s Club runs the fair parade for the Elko County Fair Board,” Benson said. “Part of our duties each year is to assign a grand marshal. We have a long, storied history of that. And here are the latest two that have had a very significant contribution to the success of the Elko County Fair. These guys are the Blackjack Challenge.”

Organizing the races is no small task. Horses, trainers and jockeys have to be found and there are plenty of racing rules to abide by.

Extending the fair and community participation has helped the Elko County Fair continue in many ways. The economic impact has been extensive.

“Now you can’t move, that place is packed,” Gilligan said.

This year the races will include six syndicates. About a hundred people belong to Unstable Stables and countless others are involved in the other syndicates.

“It’s amazing because we compete against Burning Man, we compete against the rib cook-off in Sparks and there are a lot of other Labor Day fairs everywhere,” Lemich said. “Elko County has done really well in keeping people here and bringing people back from Reno, Boise and Salt Lake. The ranch people come in for stock horse events.”

“In addition to the Blackjack, these guys have spun off fair traditions like mint juleps,” Benson said. “Some guy buys 50 ‘ditches,’ whiskeys and waters at the end of every fair and the crowds flock to the bar for that.”

In days past, Lemich used to do a final lap on the tracks in his truck.

“Once you get into Unstable Stables you can’t get out,” Benson said.

The group keeps past members on their program even after they die.

ELKO – The Elko County Fair turns 99 this year. With that many years of practice, the event is sure to begin without a hitch Friday morning.

A Nite at the Races fundraiser set Aug. 16

ELKO — Communities in Schools of Northeastern Nevada is set to host its seventh annual “A Nite at the Races“ fundraiser at 5:30 p.m. Aug. 16 a…

ELKO — The 99th Annual Elko County Fair and Livestock Show kicked off the weekend’s activities Friday with a parade through Elko.

ELKO – “General Info” breezed into the winner’s circle, giving Let It Ride Stables a win and bragging rights in the 22nd Blackjack Challenge.

ELKO – The coronavirus shutdown has hit many businesses below the belt. In Elko, some nonprofit operations are canceling events while others c…

Dennis Gilligan and John Lemich remember the early days of their racing syndicate, Unstable Stables, and the Black Jack Challenge they created for the Elko County Fair.