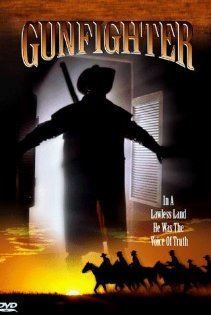 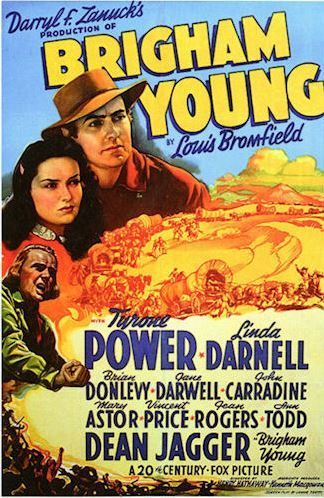 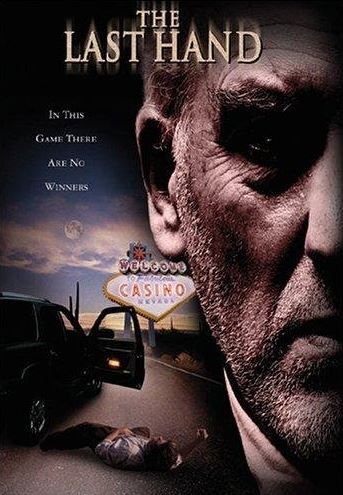 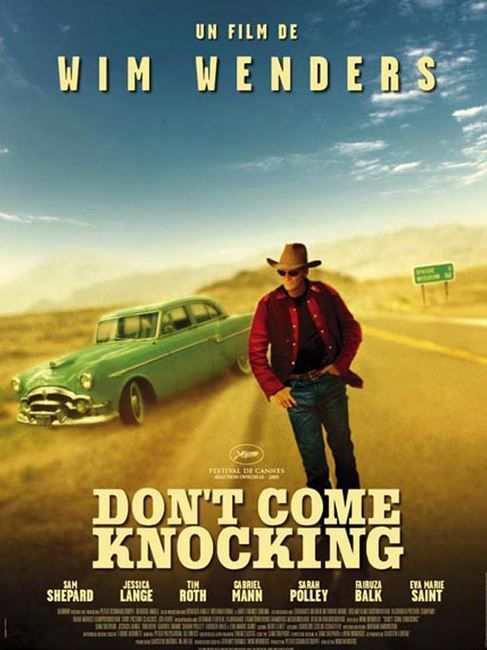 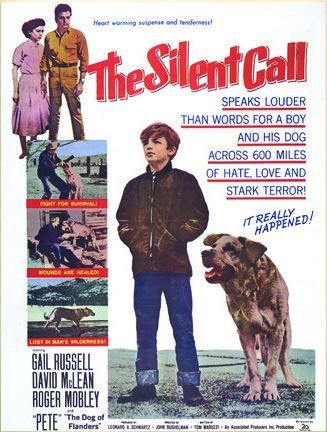 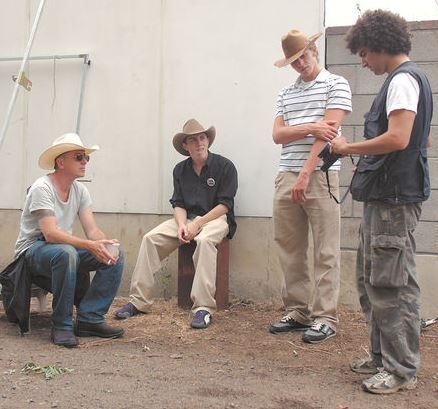 Movies that pretend to be set in Elko often have scenes bearing no resemblance to northeastern Nevada, as mentioned in my article titled “Elko in the Movies.” This article is titled “The Movies in Elko,” and it should come as no surprise that films made here often miss the mark somehow.

Fewer than half a dozen movies have been filmed in Elko, according to the Internet Movie Database. Key among them is 2005’s “Don’t Come Knocking,” starring Sam Shepherd and Jessica Lange. This one is really disorienting for locals because of the transitions in scenes showing the exterior of the Commercial Casino where the actors walk inside and suddenly they’re in the Peppermill in West Wendover.

The movie is from the venerable German filmmaker Wim Wenders. But this is not one of his best films, in my unprofessional opinion, even with the big-name stars and its nomination for the Cannes Film Festival’s highest award, the Palme d’Or. It’s a dismal movie that doesn’t deserve the 6.7 rating it got on IMDb.

Here is the plot summary as written by the production company:

“Howard Spence (Sam Shepard) has seen better days. Once a big Western movie star, he now drowns his disgust for his selfish and failed life with alcohol, drugs and young women. If he were to die now, nobody would shed a tear over him, that's the sad truth. Until one day Howard learns that he might have a child somewhere out there …”

Shepard is unconvincing, but there are good supporting performances by Tim Roth and Fairuza Balk, along with a cameo by Eva Marie Saint.

As a side note, Roth -- who later made films with Quentin Tarantino and briefly had his own TV series titled “Lie to Me” -- was busted by Elko’s finest for drunken driving after he was spotted weaving outside his lane at 12th and Idaho streets.

For a much better movie by the prolific Wenders, check out his moody and surreal “Wings of Desire” from 1987. It’s worth wading through the subtitles, and rates 8.1 stars on IMDb. Most viewers will recognize the plot if they have seen the 1998 remake “City of Angels” starring Nicolas Cage and Meg Ryan.

It isn’t easy for moviemakers to depict a plague of biblical proportions without using special effects, but that is exactly what they did with footage taken in the late 1930s in Elko County.

“Brigham Young,” produced by Darryl F. Zanuck for 20th Century Fox, is an excellent film telling the story of how Mormons got their start in America. It stars Vincent Price as Joseph Smith, and the versatile Dean Jagger as Young. Getting top billing, however, is Tyrone Power -- the fictional romantic lead who plays a doubting member of the church.

Elko County doesn’t appear until the final scenes when -- you guessed it -- a plague of Mormon crickets descends on the budding Zion. Anyone who has spent much time in Elko knows to expect the cyclical outbreak of Mormon crickets, and this movie has footage of an actual infestation south of town.

It’s OK that scenes supposedly depicting Utah were actually shot in Nevada, because the Mormon cricket really isn’t a cricket, either. It’s a type of katydid. The last major invasion was in 2003-05, and it was so nasty Sen. Harry Reid approved $20 million in federal funds to poison the disgusting insects.

Even without the bona fide cricket scenes, “Brigham Young” is well worth watching. It was made in collaboration with the Church of Jesus Christ of Latter-day Saints, but like most Hollywood productions it partially takes history into its own hands. Still, it tells a remarkable story with excellent production quality for its time (1940), and deserves much more than the 6.4 rating at IMDb.

This sleazy murder mystery from 1997 was released seven years later on DVD by Lions Gate Films under the title “The Last Hand.” It was written and directed by Brewster MacWilliams, and filmed mostly in Elko. Spoiler Alert: It’s most redeeming quality is the fact that all of the major characters are dead by the end of the film.

The most recognizable star is Hudson Leick, who had roles in “Melrose Place” and as the villainess Callisto in “Xena: Warrior Princess.” But there are also significant cameo appearances by Frank Gorshin, a prolific character actor best known for playing “The Riddler” in the Batman TV series back in the 1960s; and the soulful Lou Rawls, who plays Elko’s medical examiner in a single scene after Gorshin’s character gets murdered and hauled to the morgue.

The movie opens at the west entrance to the Commercial Casino, below the instantly recognizable White King polar bear. Inside a poker game is being played by the owner of “King’s Casino” and the owner of a casino “on the other side of town.” Much of the plot revolves around a bag of cocaine that is described as containing “enough to keep the whole town buzzin’ for the next five years.”

Scenes that Elko residents will recognize include the old El Aero Services hangar, the former AA Auto Center in the 700 block of Idaho Street, Jack’s Clifton Bar (now better known as Duncan LittleCreek Gallery) the defunct Pete’s 7 Club out on West Idaho Street, and inside Elko’s old airport terminal -- where the first and last letters of “Skywest” are blotted out, as are the first and last letters of “Stockmen’s” on a sign inside the terminal.

The only problem is that a house where some of the action takes place has yuccas and palm trees growing in the front yard, as those scenes were filmed in Santa Clarita, California.

The producers were generous in their thank-you notes at the end of the credits, listing Mayor Jim Polkinghorne, City Manager Lorry Lipparelli, Police Chief Bob Songer, Adella Harding of the Elko Daily Free Press, Lori Gilbert of Elko Broadcasting … and even Pizza Barn!

OK, I haven’t seen this movie from 1961 yet, but I plan to now that it is available on DVD. It’s a supposedly true story about a family in Elko that is moving to Los Angeles in a small car and their young son is heartbroken because he has to leave his large dog behind. The dog has other ideas, and ends up making the 600-mile journey to join them on his own.

The dog may be the biggest star in this 20th Century Fox release, as he appeared two years earlier in “The Dog of Flanders.” The female lead, Gail Russell, also appeared in a much bigger film, 1947’s “Angel and the Badman” alongside John Wayne. Her career was marred by alcoholism, which she died from three months after “The Silent Call” was released.

The father, played by David McLean, also came to fateful end many years later. He was one of the “Marlboro Men” who died of lung cancer.

Despite those depressing details this sounds like a wholesome and engaging movie, and it would be nice to hear from any local residents who remember it being filmed.

No, this isn’t “The Godfather” or anything close. It’s a western written and directed by his nephew, Christopher Coppola.

“Christopher began his filmmaking at an early age by creating super 8 films that starred his brother, Nicolas Cage,” says his bio on IMDb.

The film was shot in the Jiggs area and includes some nice footage of our natural surroundings, including the Ruby Mountains. Local stuntmen included Rocky Roa, Mitch Heguy and Don Farmer. The costume design by Bud Clark is also well done. But the characters and storyline are laughably amateur.

For some reason, Coppola decided to make the hero of his film the fictional Hopalong Cassidy, who was featured in dozens of westerns throughout the 1930s and ‘40s. Conflict over rights to the character delayed the film's release.

Throw in villains named Tex and Shango, and the resulting plot is almost as two-dimensional as the movie’s cheap wooden sets, which were later burned down by the Jiggs Volunteer Fire Department.

Here’s a sample of the dialogue:

“Take my advice, get out of Devil’s Bluff. There’s some mean hombres in town.”

“That’s all right, we eat mean hombres for breakfast.”

Anyone who actually likes this movie should also check out Coppola’s 1988 horror-comedy, “Dracula’s Widow.”

Please comment below if you know of any other movies made in Elko County.

Editor's Web: The legend of Thunderbird and Coyote

How has President Donald J. Trump survived more than a year in office despite having no political experience and being relentlessly attacked a…

By this point in the 21st century I had hoped there would be robots to do all of the work for us humans. Mine would be an android named “Frank…

Nevada’s senators have their eyes on the future, and it is quickly becoming the present.

Editor's Web: Elko in the Movies

Movies that mention Elko rarely describe our town accurately, and movies that were actually made here rarely show Elko in a true setting. This…