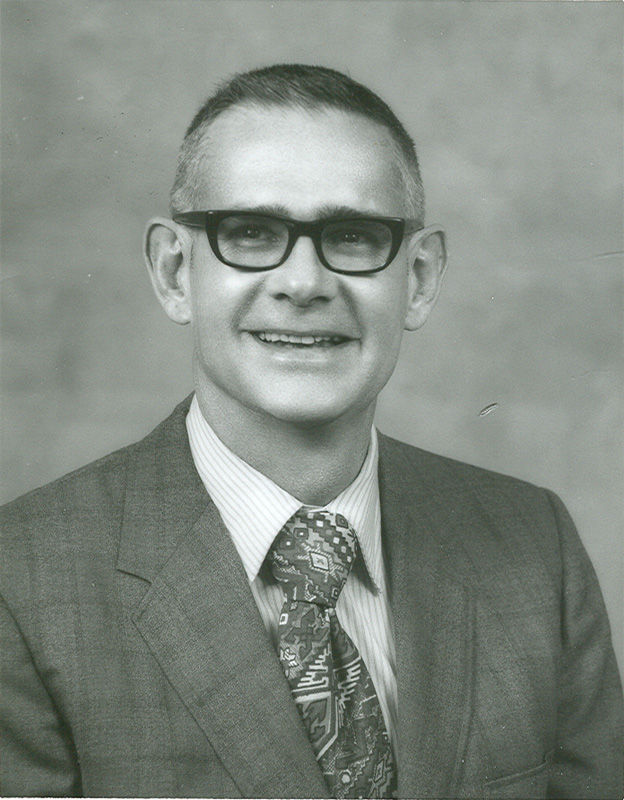 Known for his gentle demeanor and surgical skill in over three decades as a surgeon, Dr. Tom Hood contributed to the expansion of Elko’s medical community by instituting early nursing and EMT programs, which are now part of Great Basin College.

Dr. Thomas Knight Hood was born in Elko, May 13, 1921 to Dr. A.J. and Rene Hood. After he graduated from Elko County High School in 1939, he decided to follow his father, uncles and cousins and become a doctor. After graduating from Pomona College, Tom was accepted to medical school at Washington University in St. Louis. He joined the Navy and continued his studies.

In St. Louis, Tom met student nurse, Irene Segelhorst. They married December 23, 1944 and Tom graduated the following year. Completing his internship at the Naval Hospital in Shoemaker, California, he was honorably discharged and began residency at St. Joseph’s hospital in San Francisco in general surgery.

In 1951, Tom and Irene moved to Elko and raised their children, Victoria, Thomas, and Jacqueline. Dr. Hood joined the Elko General Hospital and the Elko Clinic. As a surgeon, he was highly regarded for his warmth and kindness. “He was always so gentle,” said longtime friend Leo Puccinelli. “He hated to hurt someone.”

During his 32 years at EGH, Dr. Hood established education and training to support the hospital and prepare first responders. After a shortage of nurses in the late 1950s threatened to close the hospital, he and other doctors initiated the first LPN nursing school. Later, EMT classes were initiated. Before retirement, he helped establish the hospice program.

In 1973, upon becoming president of the Nevada State Medical Association, Hood envisioned Elko’s growth and the medical community growing to meet the demand. “As Elko becomes larger, it is a natural choice for the collection of medical facilities and personnel,” he said in an interview.

Hood participated in several community organizations, including Rotary and Shriners. He was a member of regional medical associations and the American Medical Association. Notably, he was chairman to oversee the building of the Elko Civic Auditorium and was president of the Northeastern Nevada Museum board.

Tom was active in St. Paul’s Episcopal church, and wrote the church’s history. In his retirement, he founded the Navy League and continued his hobbies of gardening and golf. He died at his home on Jan. 24, 2003, at the age of 81.

ELKO 100: The full collection of 100 figures from the city's first century

Janet Peck’s nominator said she “gets to witness first hand Janet helping our Veterans of Elko. She goes above and beyond -- caring for their …

“I don't know of another nurse who has fought harder for her patients as much as Nicole does,” said one of the nominations for Nicole Sirotek,…

The impact COVID-19 had on mental health patients was overwhelming, and Gilberta Theonnes -- also known as Tuni – kept seeing them through the…