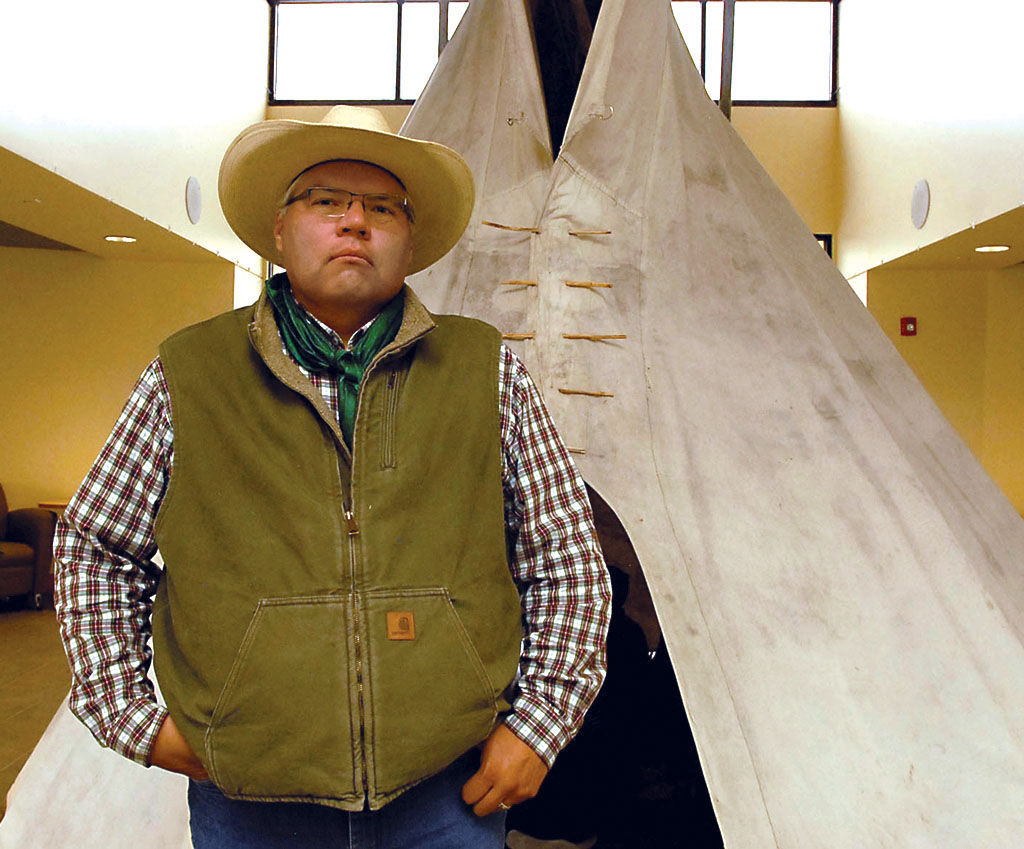 Shawn Collins stands before the teepee he set up in the college solarium. 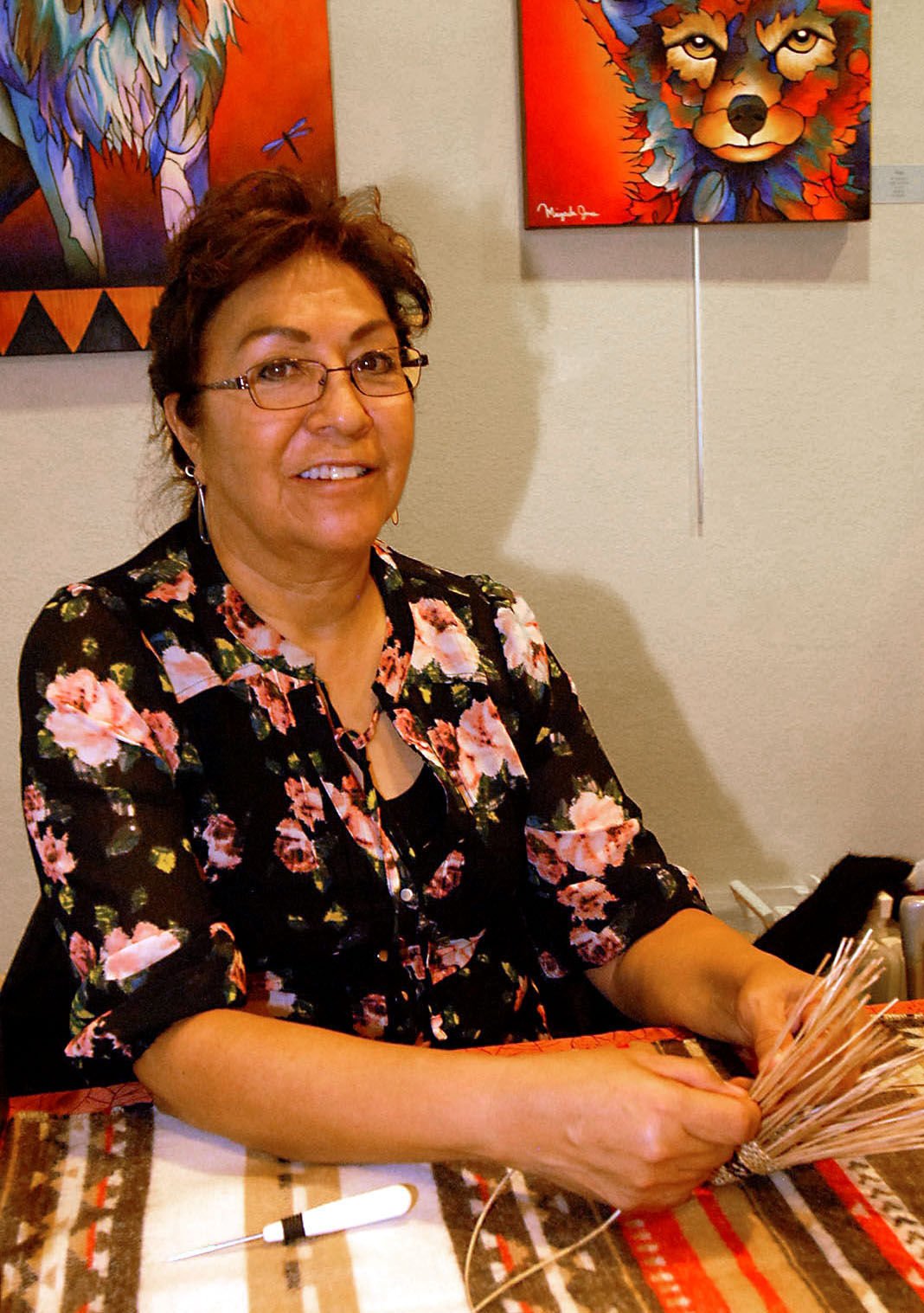 Norma Darrough from Fernley came to the Great Basin College campus to show her basketry skills.

“The Great Basin Native Americans were exquisitely adapted to this environment,” said anthropology instructor and Indigenous Student Association adviser Laurie Walsh. “We wanted to show the public that despite change this culture is surviving.”

Association members and area elders joined in putting together the festivities celebrating their culture. Spring Creek Elementary students visited the college to learn more about Native American lifestyles. GBC students, faculty, and the public came in and out throughout the day, learning the ways and skills of the original Great Basin people.

Shawn Collins set up a large teepee with the help of several other people. His teepee is made from canvas but its structure is just like that used in the past. The Native people lashed the poles together with leather ties to keep the shelter intact.

“This is a four-pole based Shoshone teepee,” he explained.

The Shoshone people of Idaho had access to bison and made their teepees from cured skins. These hides were thinned down to make them lighter to carry. They were water tight to keep out moisture.

“There is even evidence that some Shoshone here used teepees,” said Collins. “There is a picture at the museum of teepees set up on the Humboldt River.

No buffalo roamed this region but it is likely that the hides were obtained by trading with tribes farther north.

LOGAN, Utah — Utah State University had eight students compete in the regional team competition, in which students had to produce the family, …

Speaking of Science: A lot to be thankful for -- a look at the impact of Covid-19 vaccines

Almost exactly a year ago, I wrote an article expressing optimism at the announcement of three different Covid-19 vaccines with over 90% effic…

Why are barns painted red?

Barns are practical buildings, designed to safeguard farm animals and equipment. Why are so many painted to stand out from the landscape?

Professor Hanington's Speaking of Science: The beauty of Orion

A few nights ago, I came home late to my home in Ryndon and after shutting off the car and turning out the headlights, I saw in the eastern sk…

On the Edge of Common Sense: The Chain Gang

Most would admit it was an unusual location to put a chain in the first place. Not that it didn’t look at home amongst the rotting posts and r…

Liz Weston: How to maximize your ‘health span’

Flu season often peaks in February, so it’s not too late to get kids immunized

As a parent, the best thing you can do to protect your children from the flu is to get them vaccinated right away.

Stereotypes about girls dissuade many from careers in computer science

Could it be that girls aren’t pursuing jobs in computer science and engineering because society has told them that’s not what they want to do? Three scholars weigh in.

New technology can look at the brain and heart simultaneously

Five tips that will save your skin while traveling

Five tips that will save your skin while traveling

Watch Now: What to do after a house fire

Watch Now: What to do after a house fire

Shawn Collins stands before the teepee he set up in the college solarium.

Norma Darrough from Fernley came to the Great Basin College campus to show her basketry skills.