ELKO – It all started when DW Groethe noticed he and his friends would be turning 70 years old before the next Cowboy Poetry Gathering.

“I jokingly said to somebody standing around we ought to do it, and put on a show called ‘The Seventies Show,’” Groethe said, referring to the television sitcom “That ‘70s Show.”

He said he never expected his throwaway suggestion would lead to the show because he only mentioned it to his friends who were with him in the Pioneer Saloon on a Saturday night.

“Nobody was in earshot ... except them ... and they remembered.”

On Thursday night, before a sold-out audience in the G Three Bar Theater at the Western Folklife Center, Groethe, along with Australian Bush Poet Carol Huechan, Waddie Mitchell, Rodney Nelson and Vess Quinlan, took to the stage to recite old favorites, reminisce and keep the audience in stitches.

“This is a show that’s got a theme and no plot,” Groethe remarked.

Huechan jokingly protested her involvement in the show.

As the laughter and cheers subsided, she confessed. “Well, it’s worth a try.”

Each poet took their turn on the microphone during the hour-and-a-half show that was part of the 36th National Cowboy Poetry Gathering.

Grothe opened and closed the show in song, leading the audience in “Git Along Little Dogies” with songs and stories in between ranging from a harrowing car trip involving bunnies to a mystery involving a friend’s funeral.

Quinlan quipped about how child rearing had changed since he was a boy.

“Since this is the Seventies Show, I’m thinking about the difference in the way we were raised and the way children are raised today. My uncle started this early. I was never yelled at as a child because it upset the dogs.”

Nelson recounted his experience on the Tonight Show Starring Johnny Carson, before waxing poetic on the current fashion trend started by ranchers fencing their land with barbed wire.

“… Although I hate to brag, we created modern styling when we jerked on that snag,” Nelson said. “… It makes us sore that those cost more than those that are brand new …. And these grungy jeans are costly. Who would have ever see that wearing brand new blue jeans is a work of poverty?”

Her new poem, “Curly, Larry and Just a Mo,” follows two cowboy friends who traveled to the sea to carry out a last request for their dearly departed friend.

Commenting on how age changes things, she observed that even nursery rhymes have become modernized.

“Jack and Jill drove up the hill, to park and look at the view. They met again after all these years, and the old flame had flickered anew.”

Mitchell talked about age bringing perspective to life: “I used to wonder why it takes so many scars for us to learn; seems we can’t relate to hot until our fingers have been burned ….”

“…. And we consent to take the bitter with the sweet. It’s in those opposite strains, and all their levels in between can help to reconcile our balance sheet; and so our life experience will have been complete.”

"I’m thinking about the difference in the way we were raised and the way children are raised today. ... I was never yelled at as a child because it upset the dogs.”

ELKO – Saturday’s weather will be pleasant and warm, but look out for Sunday ‘cuz here comes a storm.

ELKO – The language of the cowboy is the engine that drives the National Cowboy Poetry Gathering each year.

ELKO – To learn the claw-hammer technique, you first have to form a C-shape with your hand. 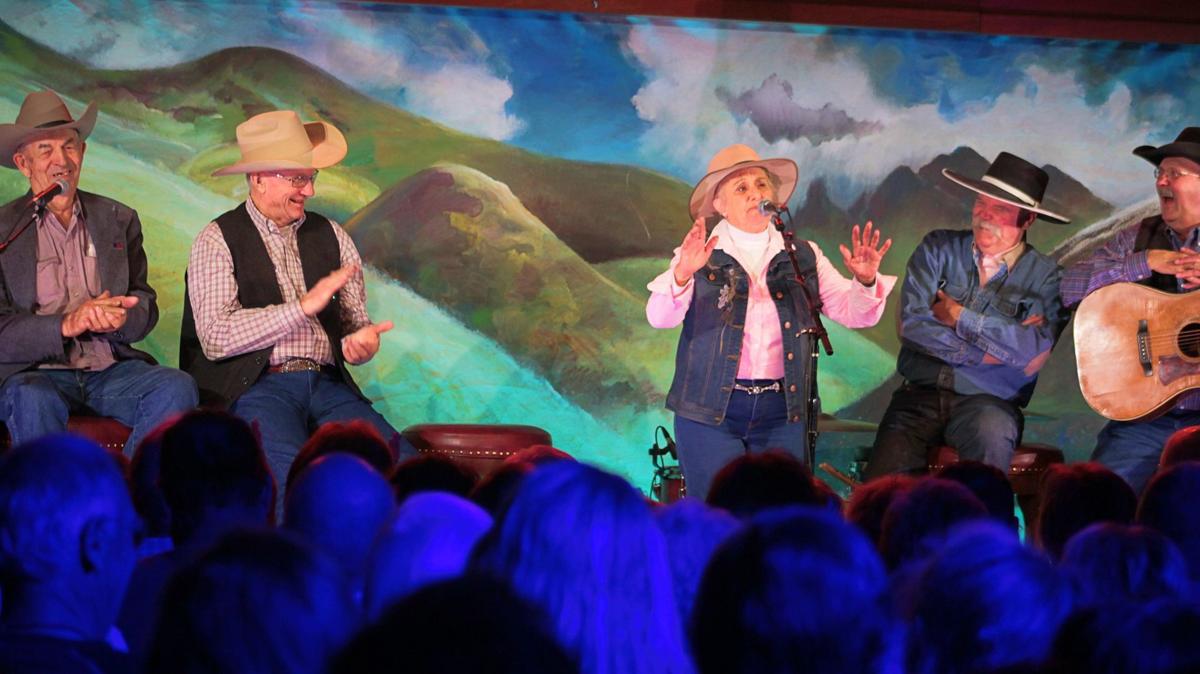 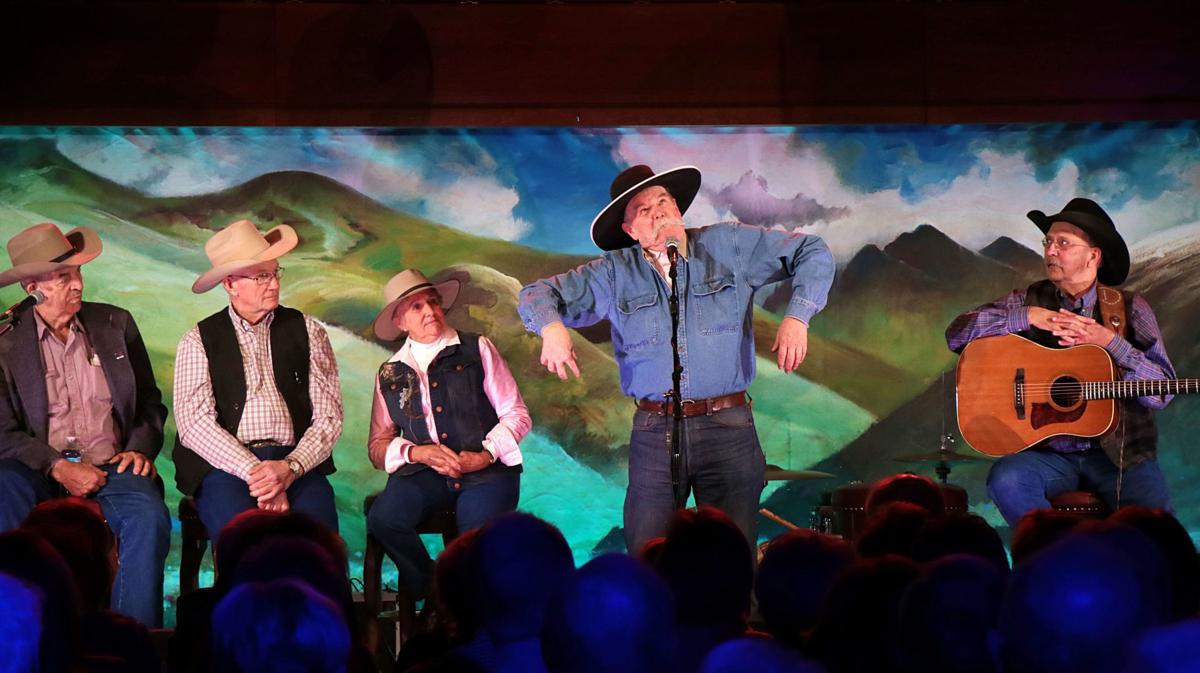 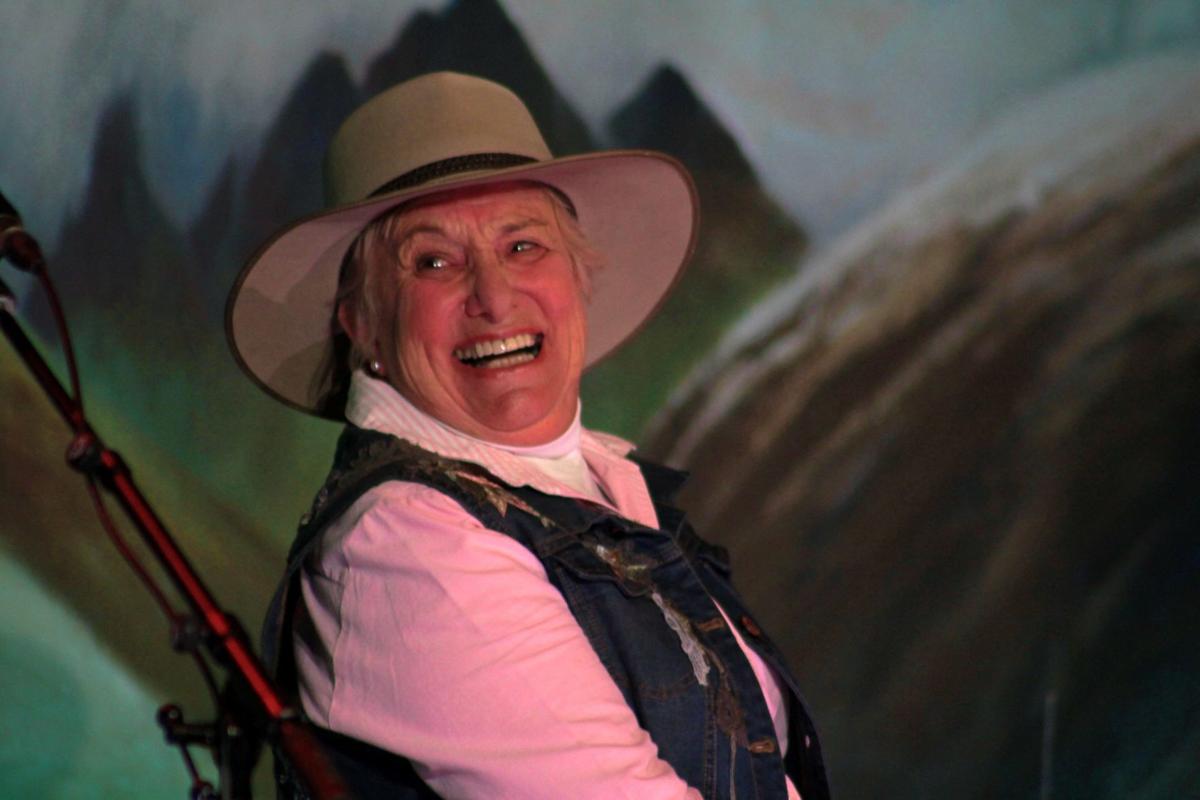 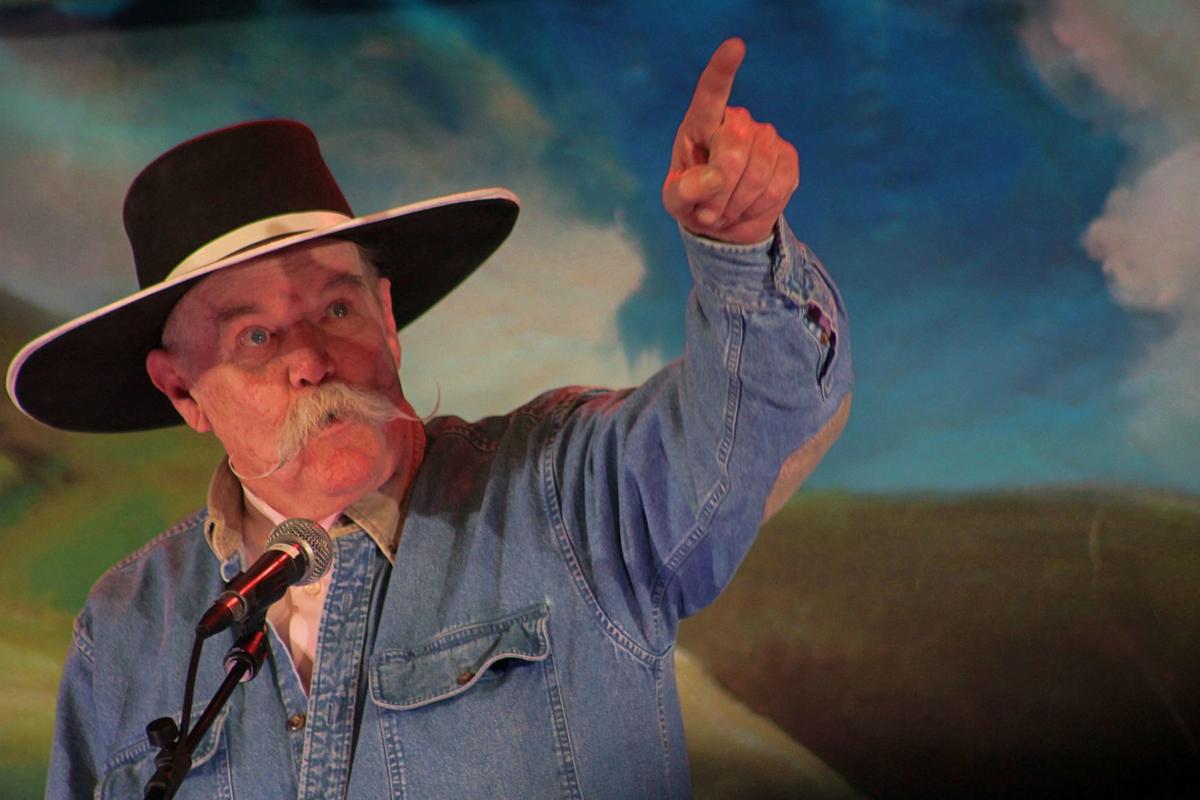 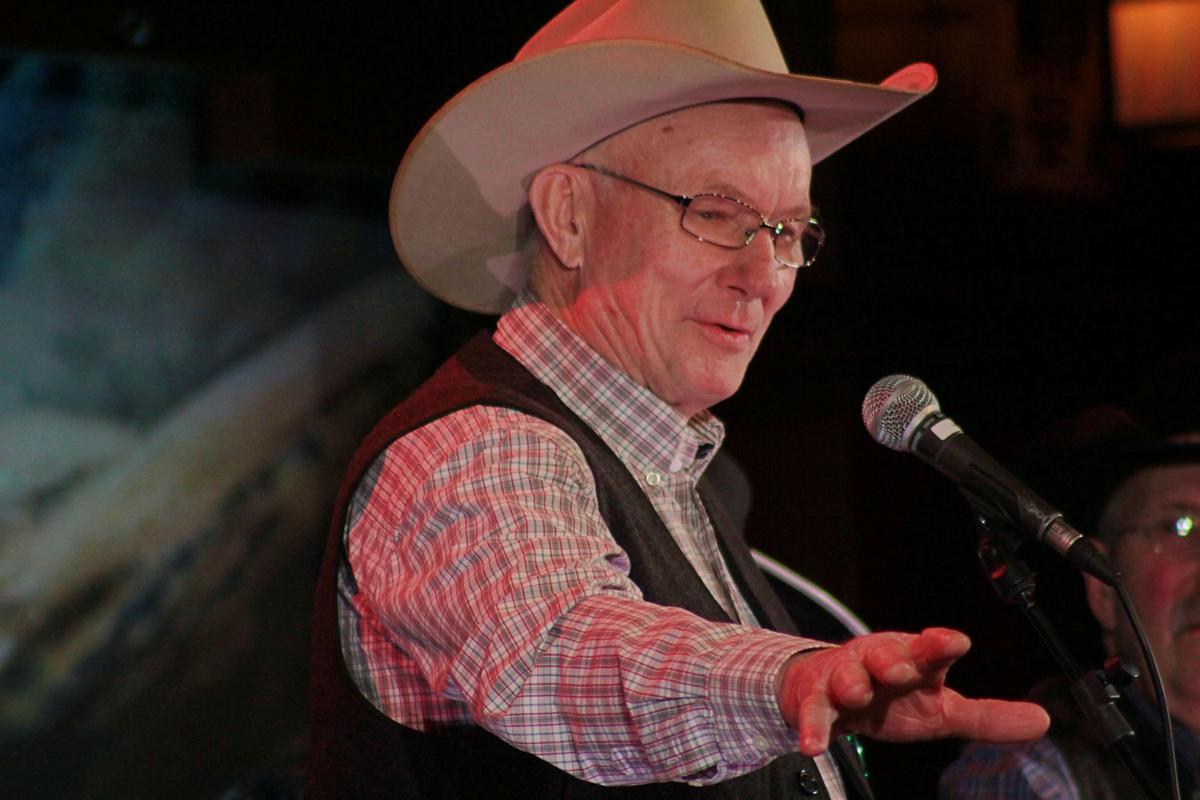 Rodney Nelson tells a story during the Seventies Show in the G Three Bar Theater Jan. 30. 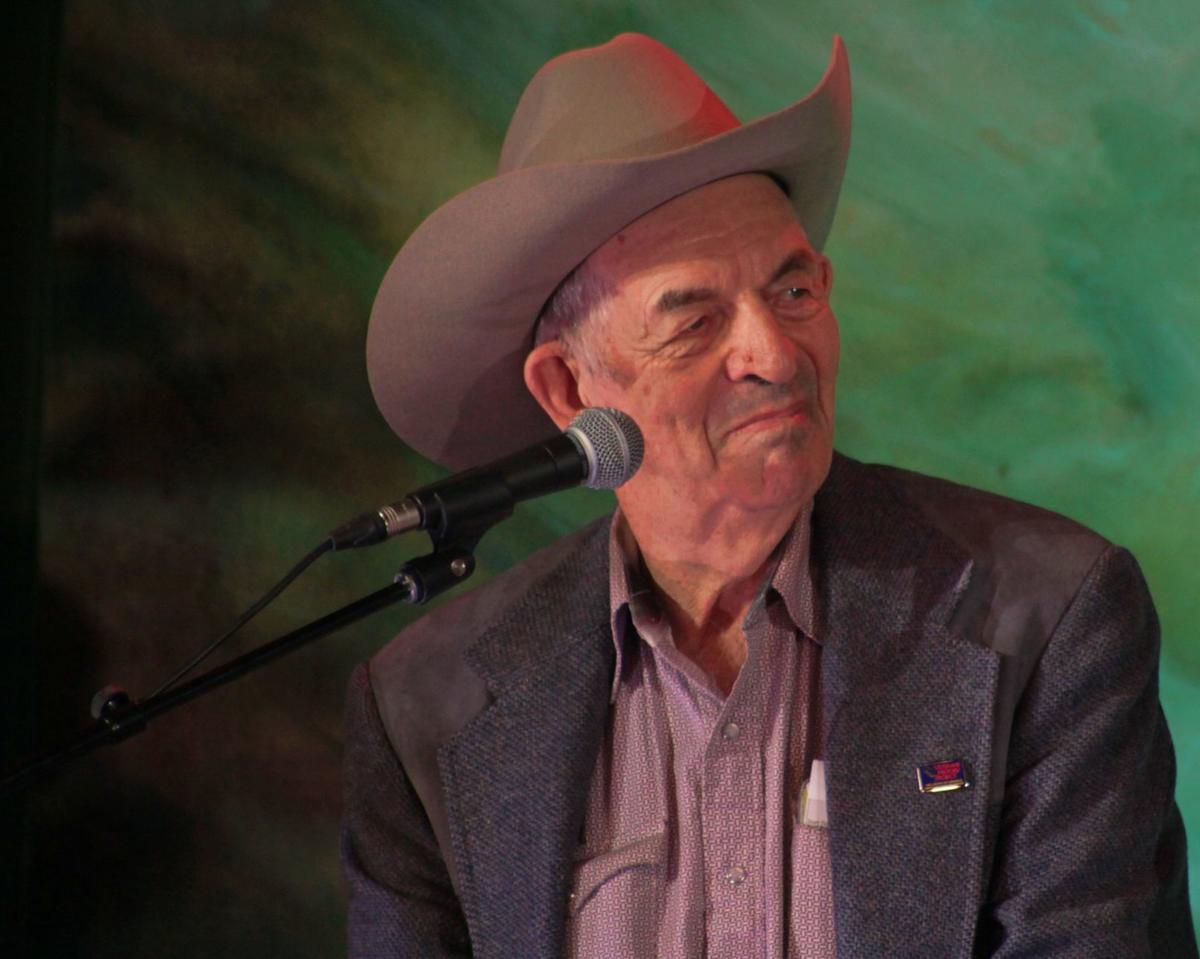 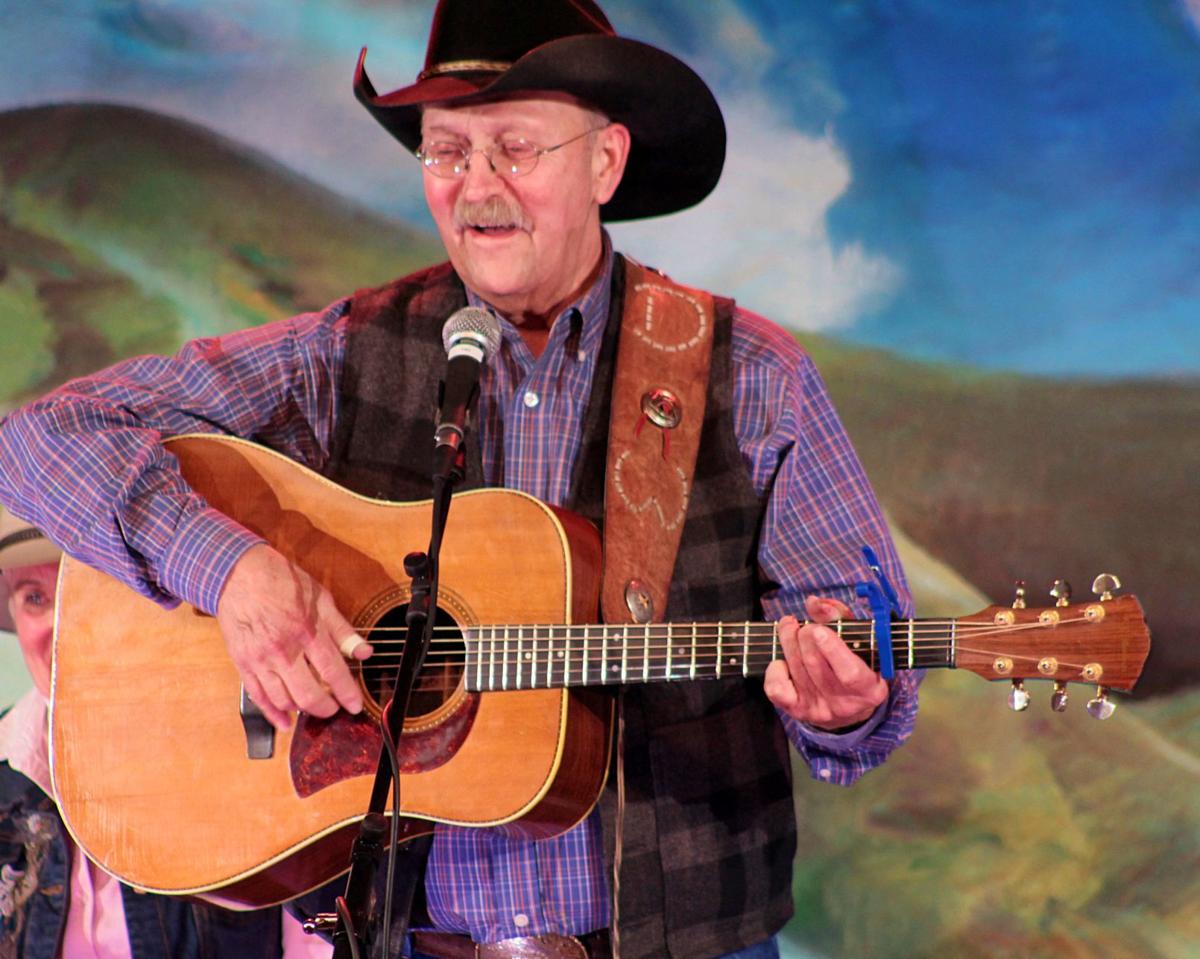 DW Groethe plays the guitar and sings as part of the Seventies Show in the G Three Bar Theater on Jan. 30.