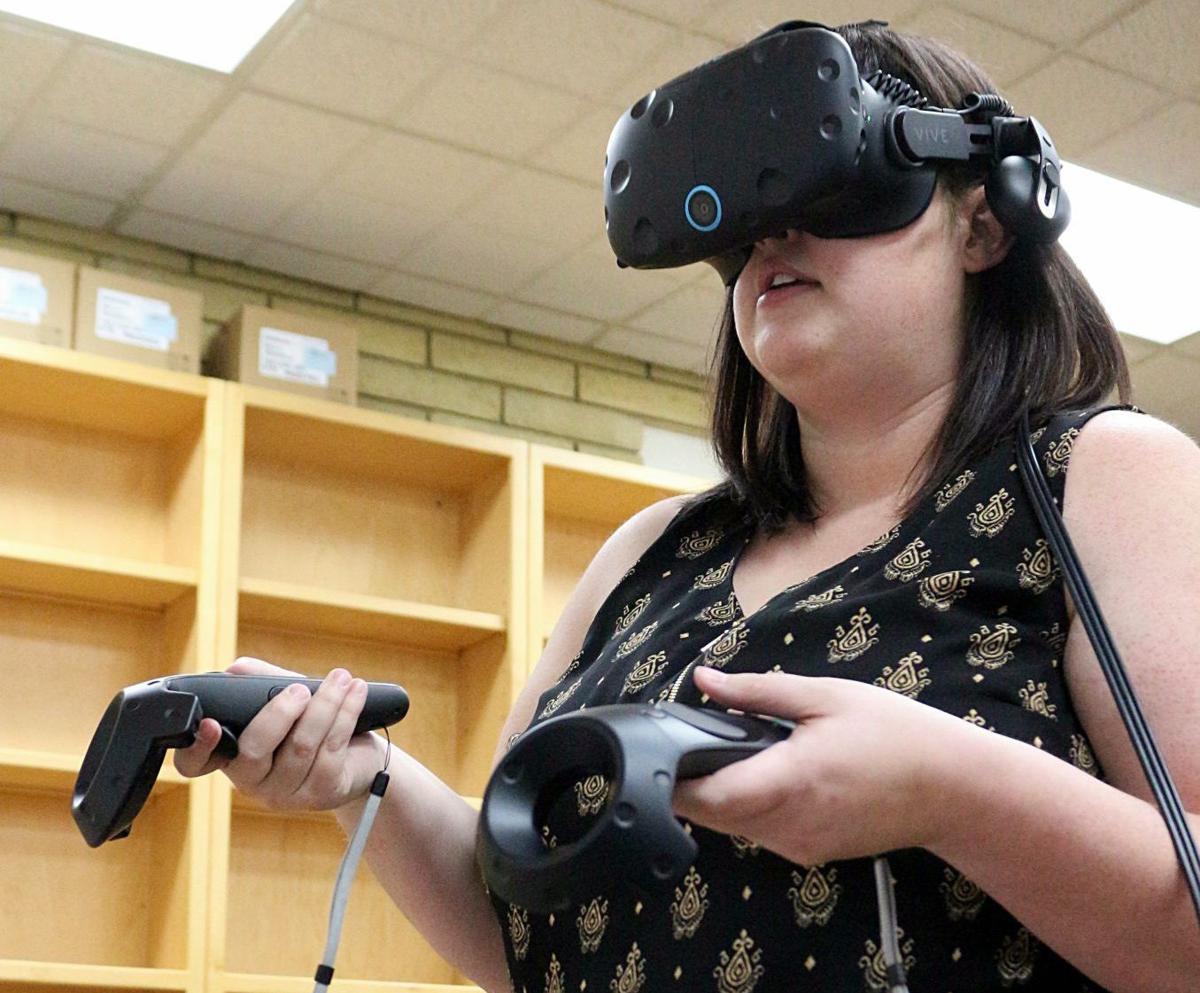 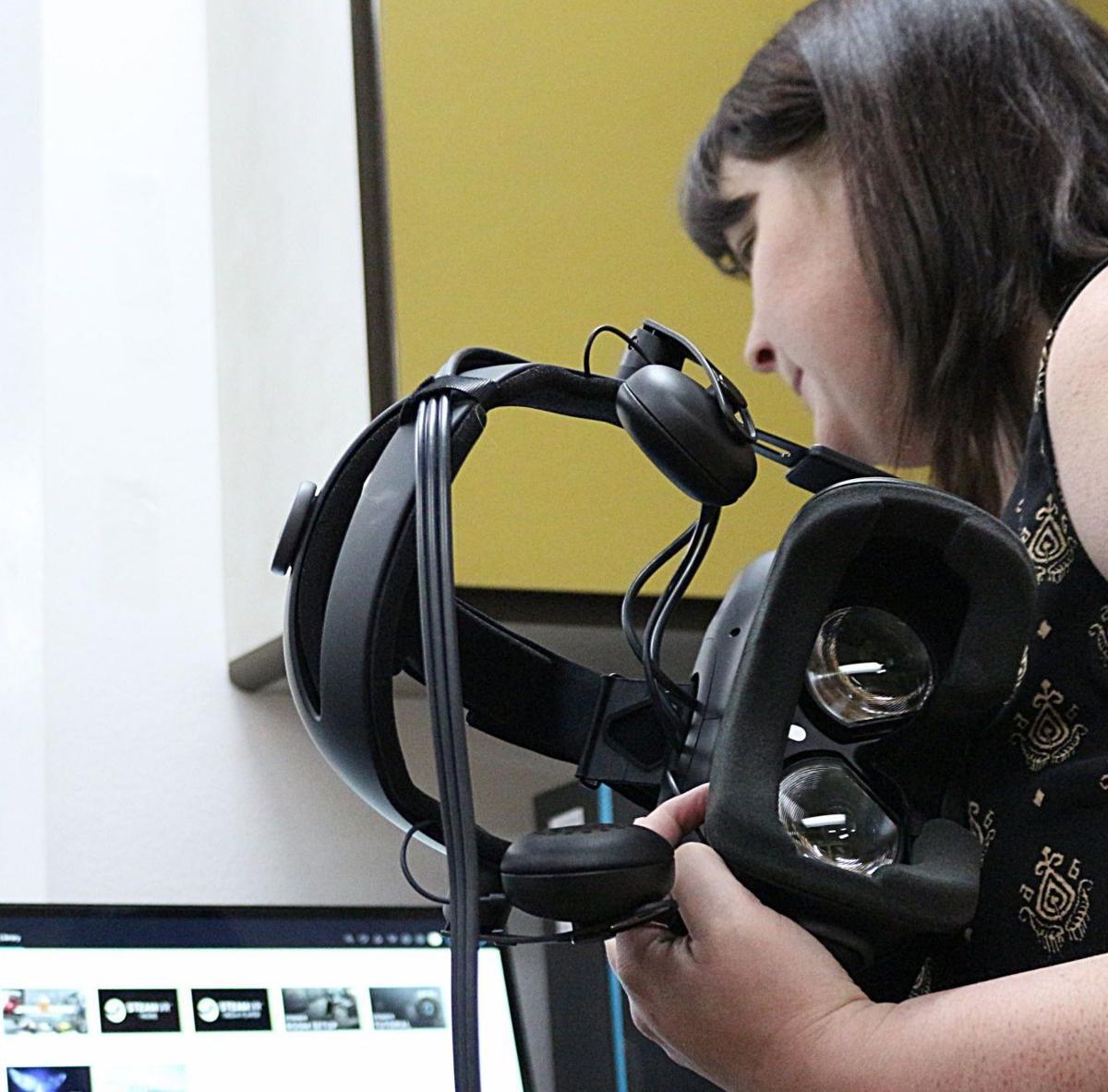 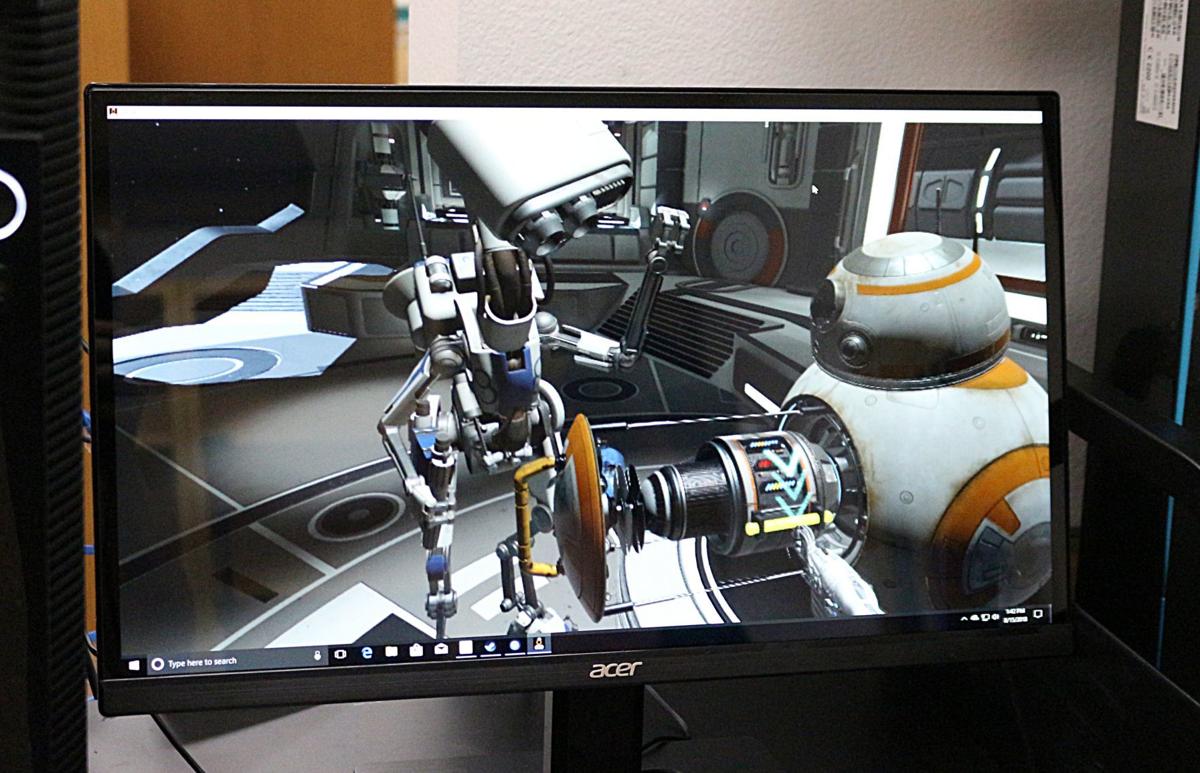 ELKO – Want to see a whale underwater? Maybe become a robot repairman for a few hours?

Thanks to new virtual reality equipment at the Elko County Library, the opportunity to take part in these things and more will be offered through a one-year pilot program from the Nevada State Library.

Virtual reality technology will be demonstrated from 10 a.m. to 4 p.m. Saturday at the Elko County Library’s Tech Fair.

“The outcome we’re hoping for is more on the educational side,” said Kassie Antonucci, director of the Elko, Lander and Eureka County Library System.

With an eye on workforce development, the programs go beyond basic gaming, Antonucci said.

“There’s a welding simulator, art programs and an anatomy program,” she said.

As patrons explore programs such as these, one of the goals of offering the VR equipment is for individuals who test out the virtual reality technology to develop an interest in a career field.

“People after using the VR are more interested in the field they saw in the VR [because] they remember and retain things,” Antonucci said.

Although there are two gaming-type programs — Star Wars and Spiderman — patrons on Saturday can opt for experience-based software, such as whale watching underwater.

Anyone over 13 years old can try out the equipment, but it is not for those who have vertigo or get motion sickness, Antonucci said.

Funded in the 2017 legislative session for an emerging technology program through Senate Bill 549, the state library selected 11 libraries for the program, providing one HTC Vive headset, an XR system-ready computer capable of running virtual reality educational and STEAM content software, along with training and tech support for each site.

During the year, libraries will collect statistics and submit them to the state, gaining insight into how communities might use the technology, Antonucci said.

“Part of it is that they want to see how interested the community is in using this and what ideas communities could come up with,” Antonucci said.

That also includes offering the opportunity to design VR software and test it out on the libraries’ equipment, she added.

Additionally, the Elko branch is partnering with Great Basin College’s library and will loan it out for six weeks starting in October.

Antonucci said the anatomy program — which allows users to see muscles, veins and organs of a human, dog or shark — will be useful to the nursing program.

“I am really excited to work with GBC,” she said.

There are plans to bring the VR equipment to other branches in the three-county system, but after the pilot program concludes, the equipment belongs to the library.

“It is part of a grant where we will be doing programs, collecting stats, and doing partnerships with GBC. But then after that, it’s ours to keep forever,” she said.

There are questions about the validity of virtual reality in a public library, Antonucci said, which some consider just a video game.

“Yes, it can be used for games and entertainment,” Antonucci explained, “but our focus is going to be on workforce development and on education.”

She pointed to a growing virtual reality tech field that now includes the University of Nevada, Reno’s @Reality lab. It is designing programs that give wheelchair-bound individuals the opportunity to ski, as well as lending their talents to documenting Reno’s murals and Nevada’s pictographs.

Nevada will be the second state to incorporate VR equipment in libraries, with California expected to have 200 libraries on board with their own setup, Antonucci said.

“We’re starting with 11 pilots, but if things move and go well and we can prove a use for them, we can expect to see more in all of the libraries” statewide, she said.

On Saturday, patrons can try out computer coding, see a robot from GBC, and help individuals learn to use databases for resume building.

Cricut printers will be on view and children’s computers and Maker kits will also be on display, Antonucci said.

“It’s scientific Legos,” Antonucci explained. “They can build cars and design them so they can move on air power or water power.”

A 3-D printer on loan from Carson City will be in action during the Tech Fair, which might be something the library purchases depending on the interest it receives, Antonucci said.

Are libraries becoming a thing of the past?

With the influx of computers and now virtual reality equipment coming to libraries, some think that the traditional library could become outdated, but Antonucci disagrees.

“We’ve gotten comments that libraries are going to be obsolete because of technology, but that’s not the case,” she said.

Physical books are still more popular than digital materials, Antonucci said, and the library system has partnered with other libraries to offer more ebooks.

“I want to say on materials, including audio and paper books, we have probably about 250,000 checkouts in a year, which is really good for a library our size,” Antonucci said.

Today, the library is about more than just picking up a book to read, Antonucci said, it’s being a community resource for all ages to develop skills in everything from research to computer literacy.

“We still provide that traditional library experience and then we try to provide things that our community needs, such as internet, computers and databases,” she said. “Anyone can come in at anytime and the staff will be happy to help someone at a computer.”

As an educational facility, libraries provide one more thing to anyone who walks through the door, Antonucci said.