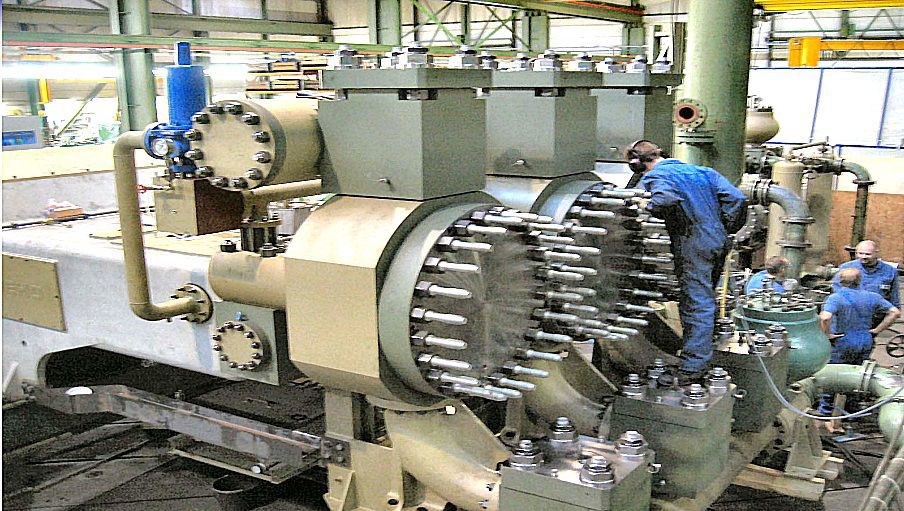 On September 12, 1956, the construction of the first coal pipeline within the United States was completed. The line ran 108 miles from a mine owned by the Hanna Coal Company in Cadiz, Ohio, to a power station in Eastlake.

Because there were no operating railroads or waterways between these two locations within the state, this novel method to move material from source to user was given a chance. It was calculated that the 10-inch diameter pipeline made of steel could transport over a million tons of coal per year at a cost significantly less than using ground truck transportation.

You may recall the intense news coverage of the Keystone Pipeline within the last decade. This project was to carry oil from Alberta, Canada to refineries in Illinois and Texas but was stalled when the pipeline attracted opposition from environmentalists and it become a symbol of the battle over climate change and fossil fuels.

Its construction was halted in 2015 by the Obama administration but is now moving forward. Not generally know however is that there are literally hundreds of such pipelines within the United States – all quietly moving materials along with very high efficiency. Except for the pumps along the path, a pipeline has a low pollution footprint because the only thing moving is the material itself. Besides providing an economic advantage over railroad transport, all pipelines offer much less noise disturbance to the environment.

A slurry pipeline actually moves solids. It is specifically engineered to carry crushed bits of ores over long distances. A mixture of the concentrate and water is called a “slurry” and is pumped to its destination under high pressure. When it reaches the end the traveling water is easily filtered out and used again.

Due to the abrasive properties of slurry, most new pipelines are made of high-density polyethylene and require a very thick pipe wall. You can see that slurry pipelines are ideal for locations when mines are located in remote, inaccessible areas.

The Ohio pipeline mentioned above used a 50-50 mixture of material and water by weight and could deliver 150 tons of coal per hour. After the slurry was received at the power station end it flowed into a large holding tank where the water was simply drained out. Heavy loaders were used to spread the coal particles out for final air drying, after which the coal was ready for burning as fuel for the steam turbines. To reap the highest efficiency possible the coal must be very dry before it can be burned and coal transported as slurry requires a lot of drying time. Sometimes to speed things up a centrifuge is used to squeeze out the last remaining traces of moisture.

There are two basic types of solid particle pipelines, slurry and log. Slurry pipelines use a high percentage of water and move the powdered material along as fine specks. Log pipelines use coal that has been compressed into cylindrical shaped logs or briquettes with a diameter 10% less than the ID of the pipe. So that they can move around inevitable bends along the line, the lengths are limited to about twice the diameter of the pipe. This technique can be used when the supply of water is limited. Using the log method also reduces the drying time as the coal is pressed in bulk and only absorbs a small amount of water along the path.

The largest coal slurry pipeline in the world operated in our state of Nevada from 1969 to 2005 when it supplied the 1.58 Gigawatt Mohave Generating Station in Laughlin, providing power for Las Vegas and Southern California. Because the coal mine was located in Black Mesa Arizona, almost near the New Mexico border, the line was over 273 miles long. During its life it carried 5 million tons of fuel per year or roughly 600 tons per hour. To do that with a train would require 100 standard ore cars, each 50 foot long and each carrying 70 tons per day, making two trips per day to the mine.

The plant was shut down on December 31, 2005, due to a 1998 lawsuit brought by several environmental groups. Because of this the supply providing the coal was closed, having a major negative impact on the Hopi who were operating the mine.

It is anticipated that in the next few years some long distance slurry pipelines will be constructed in Australia and South America where mineral deposits are often a few hundred kilometers away from shipping ports. At the present the longest slurry pipeline system in the world operating with the highest pressure is the Da Hong that transports up to 2.3 million tons per year of iron concentrates to the steel mill in Anning Terminal, Yunnan, China.

For two and a half centuries electric eels have fascinated scientists with their ability to generate strong electric discharges at will.

They just announced the discovery of 20 more moons for the planet Saturn this week and you can even help name them if you want!