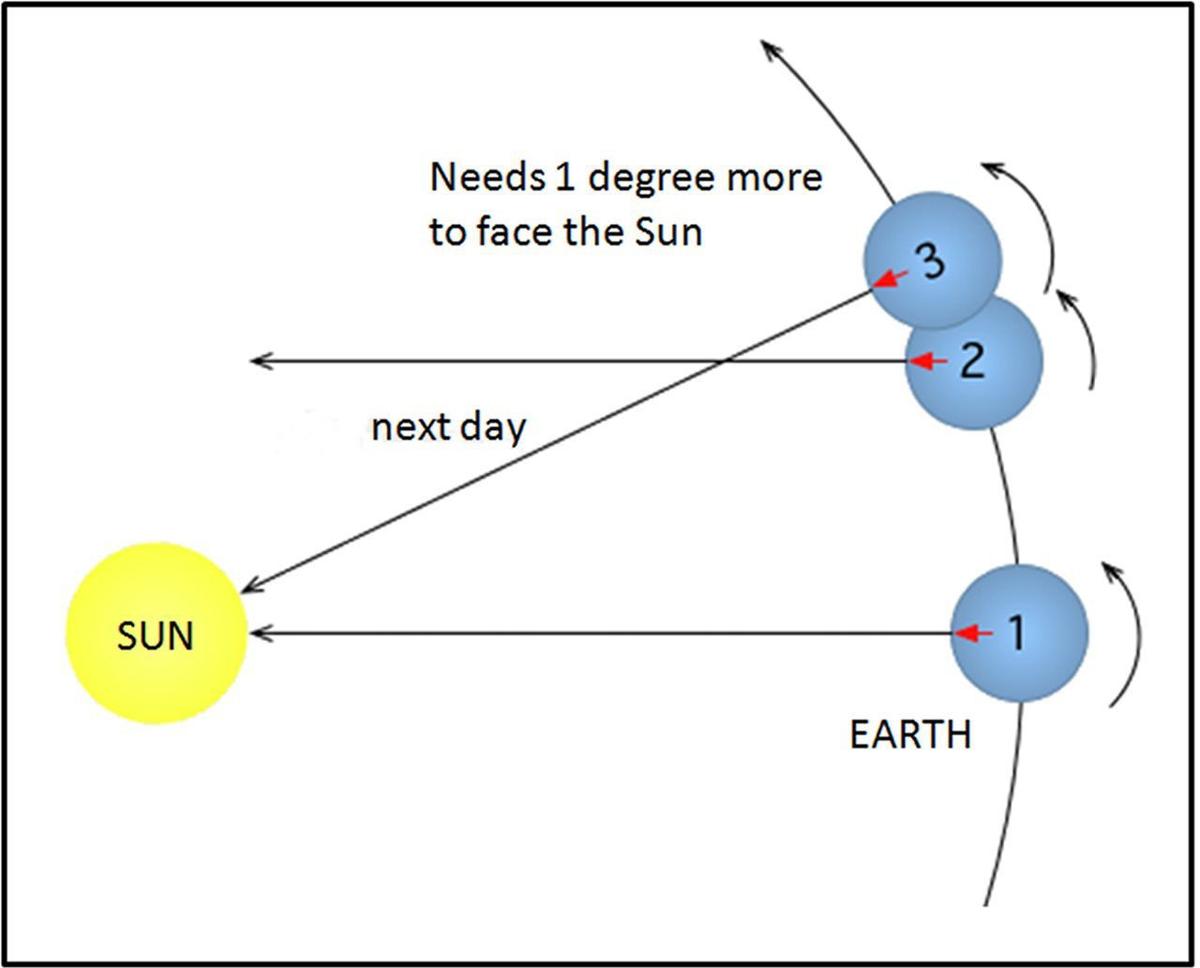 Where the four minutes go

Last week we discussed the idea that when we enter or leave the Daylight Saving Time mode we have days shorter or longer than 24 hours in length. A good question to ask would be how did this base number of 24 hours even start?

It seems the idea comes from the ancient Egyptians. They divided daylight into 10 hours, added an hour for twilight at the start and end of the day and divided the night darkness into 12 more sections based on the observations of stars.

By using shadow scales during the day and keeping track of certain star groups called “decans” at night, people would know the time. Sometimes, in the evening during inclement weather, time was measured using calibrated bowls with a tiny hole that slowly filled with water.

The ancient Chinese used a more complicated dual time system where they divided the day into 12 double hours, originally with the middle of the first double hour being at midnight. But the subdivision of hours and minutes into 60, the time system we use now, can be traced to the ancient Babylonians who had an affinity for using numbers of base 60. To this very day we say that a circle can be divided into 360 degrees, the sixty factor again. This was a Babylonian estimate of the number of days in a year.

But exactly how long is our day? If our definition of a day were truly based on one complete rotation of the Earth, a turn of exactly 360 degrees, then a day would be 23 hours, 56 minutes, and 4 seconds long. It is not exactly 24.00 hours. This strange mismatch amounts to an interval 4 minutes shorter. You would think that this difference adds up somehow as the year goes on, throwing our clocks off but it is compensated for as we travel around the Sun.

Because of our orbit, the Earth must rotate more than 360 degrees between one day and the next for us to face the Sun again at exactly the same time. In one day, the Earth travels 1/365 of the way around the Sun which is just about one degree. Therefore the Earth has to spin this extra degree in order to look directly at the Sun again, say at noon, each day. One degree of Earth-spin corresponds to the four minutes!

Although a year consists of 365 and a quarter days, the Earth actually spins 366 and a quarter times as we go around – the “extra spin” is taken up with all those four minutes of time.

But how accurate is the spin of the Earth? George Darwin (son of Charles Darwin) was the first person to work this out in the late 19th century and said our day gets longer by about 0.002 seconds each century.

There are several factors that can modify the length of our day. When mountain peaks and ranges wear down by wind, water, and weather, the rotation of the Earth actually speeds up to keep the angular momentum constant, much like a spinning skater going faster when they pull in their arms.

On the other hand, there are two factors can slow down the rotation making our day longer. One is caused by our Moon and its effect on tides. As we turn, our ocean water moves and bulges out due to the gravity from the Moon. All of this rushing around water loses energy for our spinning planet due to non-conservative frictional effects.

The second factor causing the slowdown is the extra mass the Earth picks up in its orbit. Even though we consider space between the planets to be empty, it is actually full of material. Leftovers from the formation of the planets, dust and debris from asteroid collisions hit the Earth every day. Even though most material burns up in our protective atmosphere, the mass still accrues.

Satellite observations suggest that between 100 and 300 tons of cosmic dust finds its way to our planet every day. This figure has been confirmed from the rate of accumulation of meteoric particles in polar ice cores and deep-sea sediments. As our planet gets “heavier” its spin drops, again according to the law of momentum conservation.

According to paleontologists, the length of a day 620 million years ago was much shorter than it is today, being then only about 22 hours long. This finding has been calculated from deposits of sedimentary sandstones called rhythmites that have been laid down with a periodicity showing the length of a season.

In my physics class at GBC we would often determine the spinning energy of Earth. It is a simple calculation and is given by the following equation:

To put this in perspective, if every person on Earth used 9,500 Joules of energy every second (average American usage), and there are 7.7 billion people, and if we could somehow extract this rotational energy, there would be enough to power our planet for 109 million years.

One final interesting question is, where did all of this energy come from?

Let’s say the Earth was not spinning – some locations blistering hot and others icy cold. If every human on the planet collectively decided to pay for the energy to make the planet spin at one turn a day, how much would that cost? Use the average electrical rate of 11 cents per kilowatt hour.

Solution: Each person on Earth would have to pay $1 trillion to get the Earth to spin at the rate we now have.

Attention, parents: Your child could be new Gerber baby

OWYHEE — As their final exam, the Owyhee High School Fashion/Clothing classes designed, prepared and completed a pair of patchwork quilts for …

A look at every US president's favorite drink

Happy Presidents Day! Here's a look at the drinking habits of each commander-in-chief.

With much of the country experiencing cold temperatures this week, it looks like some special precautions are in order.

Where the four minutes go