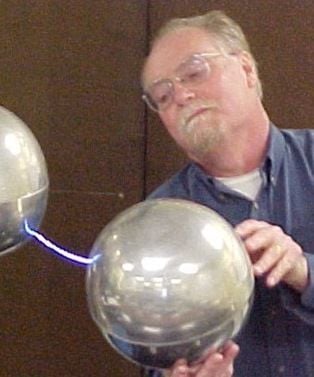 In 1901 Thomas Edison was on a quest when he patented the Nickel-Iron rechargeable battery for use in the fledgling automobile market. He thought the NiFe (as it is called today) was the best cell he had seen out of the thousands tested. It had a nickel oxide-hydroxide positive plate and iron negative plate and used a liquid electrolyte of potassium hydroxide.

Compared to the lead car batteries we use today or even the lithium–ion cell, the NiFe battery can endure 20 years of daily use and it is almost indestructible. So why didn’t it catch on?

For one thing it was a nightmare to manufacture. The nickel had to be rammed into metal pockets in the form of flakes and the iron had to be positioned very close to the nickel to provide high conductivity to the conductors. Not only that but the power capability rolled off severely in cold weather – your electric-powered car would not move more than two miles an hour in the winter.

The worst trouble, however, was the low output voltage per cell. Even when fully charged the voltage of a NiFe was only about 1.2 volts per cell. Contrast this to a lithium cell having 3.34 volts each and you quickly realize that you need almost three times the number of cells per battery. In a Tesla Model S there are about 7,104 lithium-ion battery cells right now as it is.

Since cell voltage is one of those fixed values dictated by nature (and quantum mechanics), why not seek out an element that gives greater output? Taking a quick jaunt back to chemistry class we find that this voltage value is tabulated in the half-cell reduction potentials that reflect the tendency of a substance to be reduced, that is gain electrons.

For example, the metal silver is easily reduced as anyone working with silver nitrate can tell you after looking at their dark stained fingers. The black is atomic silver particles that have quickly left the nitrate ions behind and have reduced themselves into a metal. On the other hand, a substance with a negative reduction potential has a very high tendency to lose electrons and be oxidized. Examples such as lithium, sodium and potassium quickly come to mind. Strontium has one of the highest negative reduction potentials:

This tells us that although it is difficult to reduce strontium (would require energy), the metal is readily oxidized (loses electrons), making it a possibility for a battery. Although this is only the first ionization (strontium is divalent), there may be a way to proceed with this reaction especially with the present research. To get a handle on the element and perhaps its use for a battery, let’s take a look at strontium a little deeper.

Strontium is a silver-white yellowish metallic element that is as you would expect from the voltage listed above, highly chemically reactive. It occurs naturally in the minerals celestite the sulfate, and strontianite the carbonate, and is mined from these. Strontium is named after Strontian the village in Scotland near which the mineral was originally discovered in 1790 by Adair Crawford and William Cruickshank. When the spectroscope was used on a strontium compound flame it gave an exceedingly brilliant red color so scientists knew it was a new element and never seen before. In 1808 the British chemist Humphry Davy isolated the metal from the molten chloride he made by treating the carbonate with hydrochloric acid.

Large scale mining of strontium started early during the industrial revolution where it found use as a chemical catalyst in the production of sugar from molasses. Although the method is now obsolete due to the high price of molasses compared to sugar cane, the German sugar industry ran the process from 1850s all the way to WWII, consuming over 150,000 tons of strontium ore a year.

There are other uses for the element: strontium aluminate is frequently used in “glow in the dark” toys because it is non-toxic and phosphorescent, and strontium nitrate is added to fireworks in order to create red colors.

In the 1960s huge amounts of strontium were used along with barium to produce the front panel glass for color television picture tubes. Because strict consumer rules required the sets to prevent X-Rays from being emitted into a user’s living room (and the watching kids sitting around), the front of the tube absorbed the dangerous rays. In the last twenty years the advent of flat panel displays dried up this outlet so the metal price has dropped steeply. Although strontium deposits occur widely in the United States, they have not been mined since 1959.

A paper published in the Journal of Physical Chemistry by Yohandys A. Zulueta and others from Universidad de Oriente, Santiago, Cuba, entitled “Strontium Stannate as an Alternative Anode Material for Li-Ion Batteries”, detailed their findings on the possibility of using strontium as an EV battery. In the report they examined the structural, electronic, mechanical, and transport properties of the strontium – tin compound and said that their work will open an avenue for the consideration of strontium as a potential candidate to be used as an anode for Li-ion batteries. We shall see.

Two mothers and two daughters went out to eat. Everyone ate one hamburger, yet only three burgers were eaten in all. How is this possible?

Answer: They were a grandmother, mother, and daughter.

“I run into guys like me. I come to find people like me. This is where they collect. ... There really isn’t any other place where they gather …

ELKO — Riverton Elko and The Star Hotel are presenting the Riverton Home Town Hero Award during the basketball season.

This sunscreen for your scalp has been recalled

What to gift yourself this Valentine's Day

What to gift yourself this Valentine's Day

Could the zombie fungus from 'The Last of Us' really happen?

Could the zombie fungus from 'The Last of Us' really happen?

The signs and symptoms of tonsillitis

The signs and symptoms of tonsillitis