Professor Hanington's Speaking of Science: The science of chromium
0 comments
Share this
Return to homepage × 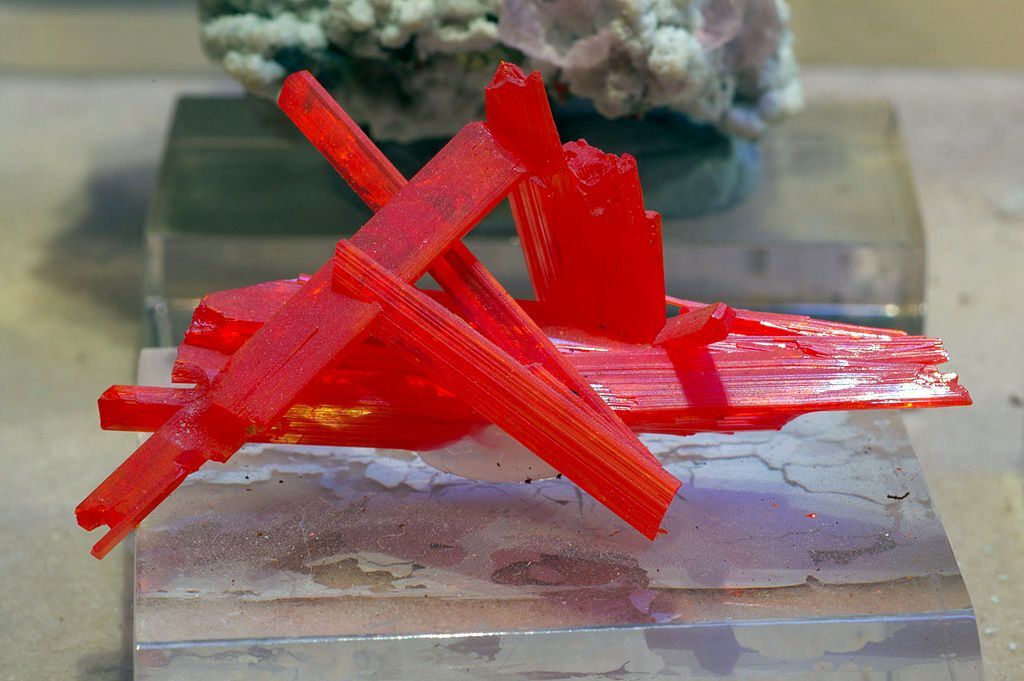 I bet the first time you heard of the element chromium it probably had something to do with the flashy trim of your car. Chromium is the glittery metal coating that makes a well polished bumper reflect sunshine light like a mirror. From the 1930s onward, not only had cars become more colorful but designers began applying bright, chromium-plated strips along door panels and windows in an effort to streamline their models and tingle the customer’s eye. It must have worked well because they are still using chromium.

Often used over a nickel undercoating as a non-rusting plating on iron or steel, chromium is considered a vital metal for the United States because 85% goes into the production of stainless steels and tool steels which are important alloys for any substantial economy.

As a side note, school buses since 1939 have been painted the color they are because yellow is noticed more quickly in one’s peripheral vision, several times faster than any other color. It was called National School Bus Chrome because the paint was made from the lead based chromate, PbCrO4. It is not used nowadays for obvious reasons. As you could guess, the name chromium is derived from the Greek word “chroma,” meaning color.

Chromium has a long history. The first recorded discovery of chromium ore was by Johann Gottlob Lehmann in 1761 when he found an orange-red mineral in the Ural Mountains which he named Siberian red lead. The mineral was crocoite with a formula of PbCrO4. It was quickly employed as a pigment by paint companies. In 1794, French chemist Louis Nicolas Vauquelin received samples of the crocoite ore and produced chromium trioxide (CrO3) by mixing the ore with hydrochloric acid. Three years later he discovered that metallic chromium could be obtained by reducing the oxide in a charcoal oven. Because of this he is credited with the discovered of the element.

In 1848, an even larger body of the ore was uncovered near the city of Bursa, Turkey and quickly supplied the European market.

Chromium is relatively abundant in the Earth’s crust, almost in league with copper. Approximately 30 million tons of chromite ore was mined in 2013, yielding about ten million tons of stainless steel. Today the largest producers of chromium ore are South Africa (48%), Kazakhstan (13%) and Turkey (11%), for the top three. To make stainless steel (called ferrochromium), the chromite ore, having iron, is reduced in an electric arc furnace with vanadium and other elements thrown in. To produce chromium metal from chromite, the iron must be separated out in a two step roasting and leaching process where the chromite ore is first heated with carbonates forming the insoluble Fe2O3 that is easily removed. After treating with sulfuric acid, dichromates form that can be eventually reduced to pure chromium by an aluminothermic reaction.

When chromium atoms are present in aluminum oxide the reddish-brown mineral corundum is formed, one having a hardness of 9 on the Mohs scale, just below that of diamond. If the oxide is of gem quality containing long range order, we call this version of corundum a ruby. You may recall the use of a synthetic ruby crystal as the basis for the first optical laser in the 60s which relied on stimulated emission of light from chromium atoms, producing a deep red coherent color at 694 nanometers.

Up until 2003 most pressure treated wood contained the toxic compound chromated copper arsenate giving the wood a greenish color and if you got a splinter it hurt intensely. After thousands of people lined up to claim damage from being exposed to such chemicals, the wood industry thought it better to change to the less toxic brown copper amine. Though the metal is pretty its compounds have gotten a bad rap over the years.

You may recall the 2000 film Erin Brockovich about the true story of the Hinkley groundwater contamination incident where, for 14 years, the Pacific Gas and Electric Company dumped about 370 million gallons of chromium-tainted wastewater into unlined ponds in the Mojave Desert town of Hinkley, California. Although the chromium compound was a cheap and efficient rust suppressor for the electric company’s pipelines, it was also carcinogenic and extensively polluted the groundwater system. A class-action lawsuit about the contamination was settled in 1996 for $333 million, the largest settlement of such a lawsuit in US history.

How to stop glasses from fogging up when wearing face mask

It's a pesky problem: As soon as you strap on your cloth face mask and head out the door, your glasses fog up. But there's a simple fix for that.

The Art of Jack Malotte at Western Folklife Center

ELKO -- The Western Folklife Center is hosting “The Art of Jack Malotte,” a major retrospective exhibition showcasing the breadth of Malotte’s…

Trump is trying to rewrite history on the coronavirus. Here's the truth

Dr. Hotez: Too many unknowns in Trump's vaccine claims

Dr. Hotez: Too many unknowns in Trump's vaccine claims