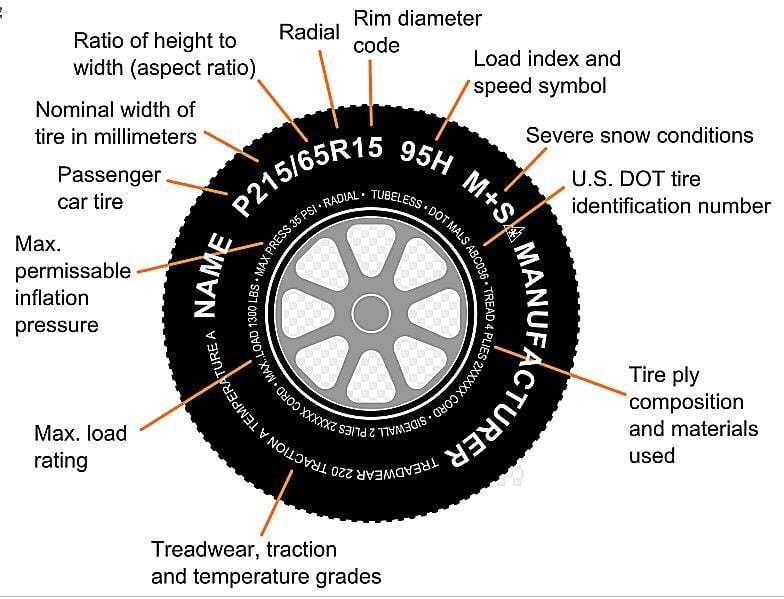 You may have heard the name Goodyear batted around in the news this week along with a suggestion to boycott their tires from President Trump. Rather than going into that political fray, let’s look at the history of the company, starting with the scientist himself, Charles Goodyear, and his obsession with rubber. To do this we have to go back quite a number of years but first a little information about rubber.

Natural rubber or latex, had been known for centuries. The French explorer Charles-Marie de la Condamine first discovered the oozing extract from the Amazonian rubber tree (Hevea brasiliensis) on his trip there in 1745. It seems the South American Indians had used the latex from the tree for centuries to coat their feet and make handy “flip flops” whenever they needed them. The name “rubber” originated in 1770 when the English scientist Joseph Priestley observed that a piece of dried latex was extremely good for rubbing off pencil marks on paper and the name stuck In 1829, Michael Faraday had obtained the empirical formula of C5H8 for the strange liquid and chemists formally labeled it “isoprene.” Unfortunately, natural rubber had many disadvantages. It cracked in the winter and oozed in the hot summer making it almost unsuitable for any application.

The American inventor Charles Goodyear thought otherwise. He believed that natural rubber might be useful if it could be “cured” or “tanned” as leather is and he spent whatever money he had pursuing this idea. From 1834 through 1839, Goodyear worked anywhere he could find investors. He set up shop in many places and like dodgy tenants, moved when the money ran out. In early 1839, Goodyear was at the Eagle India Rubber Company in Woburn, Massachusetts, when he discovered that combining rubber and sulfur with heat caused the latex liquid to set up – a process now called vulcanization. The ledged goes that he accidently dropped the sulfur and rubber mixture from a spoon onto the hot surface of a nearby stove and being too engrossed in his work, did not notice the reaction taking place. Later on when attempting to wipe up the mess, he discovered that it wasn’t gooey anymore and had solidified. When Goodyear did scrape up the congealed mass he was astonished to see the smoothness and flexibility. That night, during a cold winter storm he set the mass outside and the next morning reported it could bend and spring back into shape without cracking. He, along with his investor Nathaniel Hayward were immediately awarded US patent #1090 in February 1839 for this discovery.

Striking out on success, Goodyear went to England, where articles made under his patent had been displayed at an International Exhibition. While there he unsuccessfully attempted to establish factories to churn out his rubber products but no one wanted to back him because British scientist Thomas Hancock also had claimed to have invented the vulcanization process independently and received a British patent in 1844 for essentially the same method. Goodyear challenged Hancock in court, burning up a fortune in money and lost in the process.

So you see, just because you have a patent does not mean you will become rich especially if there are no backers for your invention. Besides, additional experimentation was required to perfect the vulcanization process and Goodyear was dead broke. He had already spent a massive amount of money and time in this quest and things slowly went from bad to worse. Almost blind to his situation, Goodyear kept spending every dime on his experiments with rubber while his wife and five children became starving paupers often relying on relatives to get by. He had pawned all of his family’s possessions to move forward and was eventually imprisoned while in Paris in December 1855 for debts owed to investors who operated a company that manufactured vulcanized rubber by his process that went belly up. Meanwhile, in the United States, his patents continued to be infringed upon and although they made millions for others, he had, at his death in 1860, left his family with over $200,000 in unpaid bills and loans.

So how did the Goodyear Tire & Rubber Company get started? That company, based in Akron, Ohio, was founded four decades later in 1898 by Frank Seiberling who named the company after Charles Goodyear in his honor. It is much like Martin Eberhard and Marc Tarpenning naming their company Tesla Motors in 2003 as a tribute to inventor and electrical engineer Nikola Tesla. Poor old Tesla had been dead already 60 years when they did that; the ironic part being is that Tesla had never even learned how to drive a car during his life.

But who is B. F. Goodrich? The name sounds oddly similar to Goodyear. Where do they come in? Once an Akron company, they were founded by Dr. Benjamin Franklin Goodrich in 1870, and were the first rubber tire manufacturers west of the Appalachian mountains. Before tires, they manufactured and sold rubberized hoses for fire departments who wanted to replace the unreliable leather hoses being used. As Goodrich grew they began to manufacture pneumatic bicycle tires, eventually leading to the production of car tires in 1896. They stopped making tires in 1988 and were sold to the French company Michelin, moving out of Akron in the process. .

Also located that city however is the Bridgestone Corporation, a Japanese multinational auto and truck parts manufacturer founded in 1931. They are the largest manufacturer of tires in the world.

No wonder Akron is called the rubber capital of the world!

What gets wetter while it dries?

The states with the most (and least) expensive electricity

The increased use of renewable energy sources will pass on savings to consumers. The cost of electricity is also projected to decline in the next three decades, albeit gradually.

After being forgotten in a desk drawer for almost 35 years, a sealed copy of the Nintendo video game Super Mario Bros. sold at auction last week for a whopping $660,000.

The cities with the largest (and smallest) homes

A recent trend in slightly smaller homes that began several years ago might be reversed by the COVID-19 pandemic. As homebuyers spend more time at home, they are seeking houses with more space.

So you're one of 533 million in the Facebook leak. What now?

Here's what users should know about how the leaked data could be used, and how to protect themselves.

The states and counties with the highest rates of lung cancer

One in 16 Americans will be diagnosed with lung cancer in their lifetimes. On an annual basis, around 230,000 new lung cancer diagnoses occur in the U.S.—the equivalent of one every 2.3 minutes.

Since the start of the pandemic, you might have heard of something called “PCR” in discussion of Covid-19 testing. PCR, which stands for polym…

Each of Nora Sandigo's six phones has a different ringtone, so she can keep track of which one is buzzing.

Take a hike: Mexico launches ambitious effort to mark and map its trails

Laid off from her job as a dialysis tech during the pandemic, Mexicali resident Beatriz Ojeda felt like she could not take another day alone in her home.

Genoa, Nevada was founded in Nevada Territory in 1851 in Douglas County. It has the oldest bar in Nevada, opened in 1853.

After 400+ days in Texas shelter, dog returned after one day with new owners

Rusty the dog has spent 400+ days at the Humane Society of Central Texas. His latest adoption lasted less than a day, and he was back at the shelter.