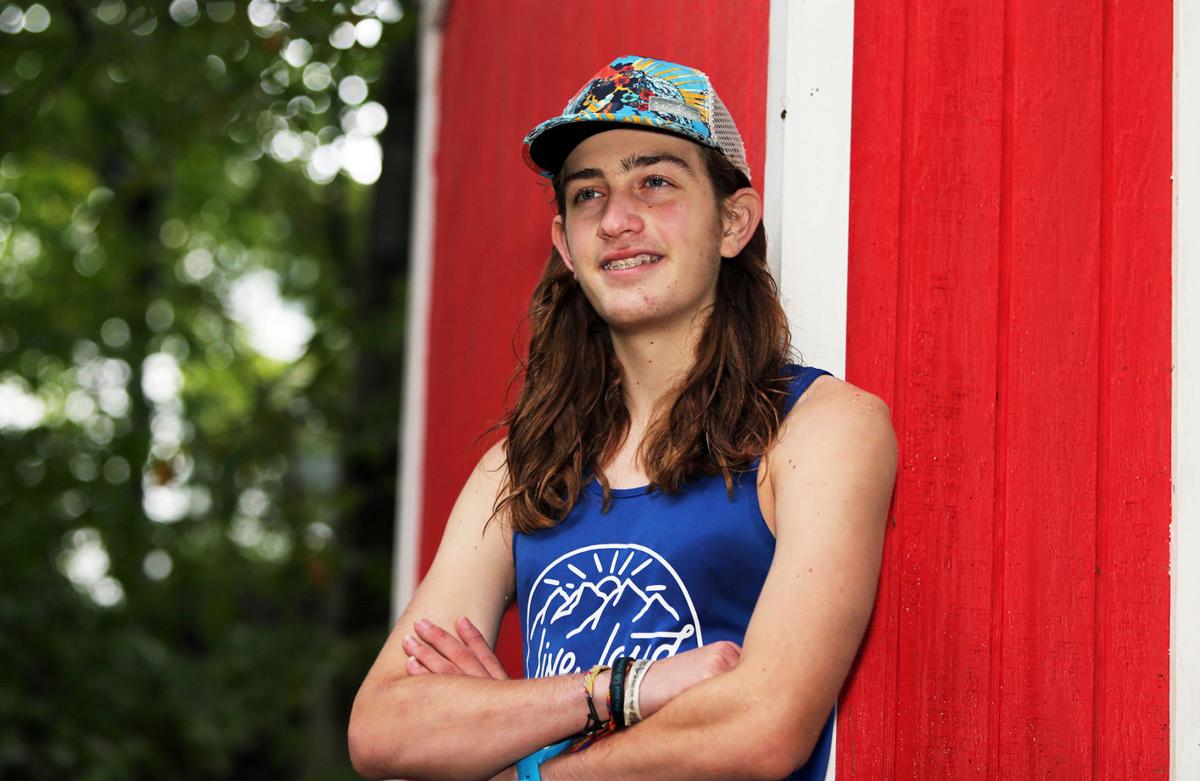 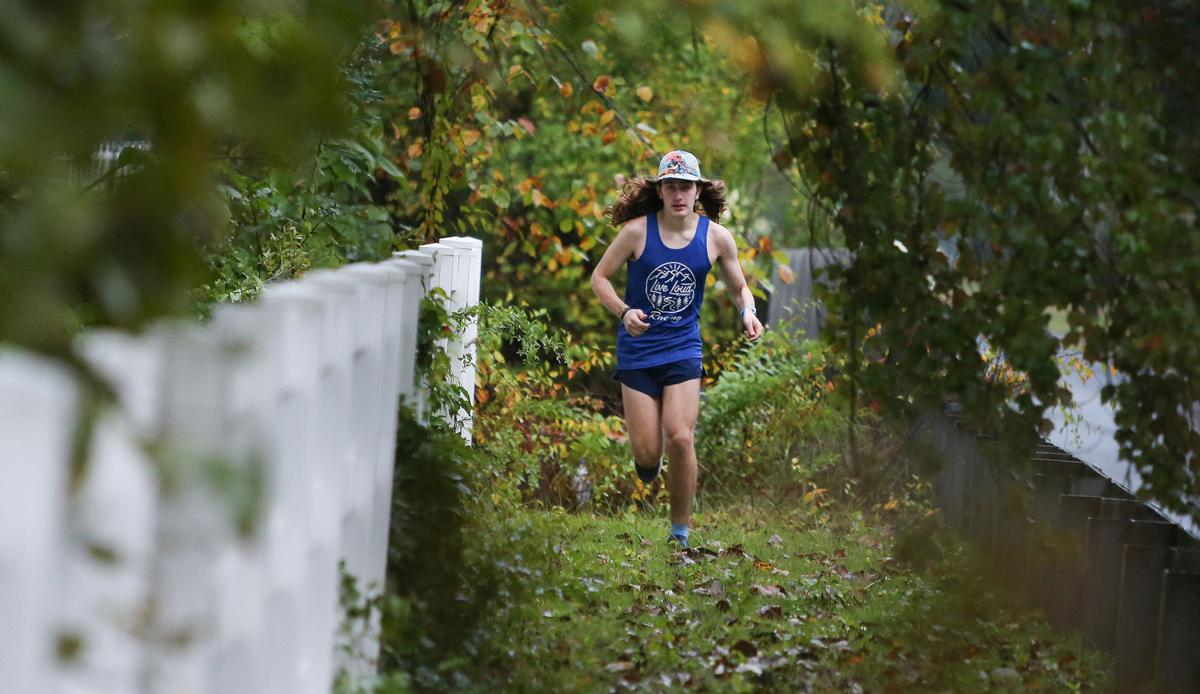 CHESHIRE, Conn. — Tobias Tello is a long-distance runner. But he’s not a member of his high school’s cross-country or track teams.

The 3.1-mile distance of a cross-country race holds no appeal for him. Neither does running around a track.

“I would totally consider doing a track race that’s like an ultra,” Tello said.

Tello is 15 years old, a sophomore at Cheshire High. He’s also an ultramarathoner, rare at his age.

“I had tried to do a bunch of things with them,” his father Enrique said of Tobias and his younger brother, Max. “Tennis. Golf. Soccer. This is what got his attention.”

Tobias ran his first 5K race when he was 11 and kept increasing his distance to half-marathons, then marathons, then ultramarathons. He finished second overall at the Lake Waramaug 50K in Washington this spring in 4 hours, 24 minutes, 28 seconds. This summer, he ran back-to-back 50-mile/50K races at the Squamish 50-50, a mountainous trail run north of Vancouver, British Columbia, which has 11,000 feet of climbing in the 50-mile race alone.

And that wasn’t enough. Recently, he ran the Midstate Massive Ultra 100-mile race, which started at a cross-country ski area in New Ipswich, N.H., and finished at Douglas State Forest in Douglas, Mass.

“I’m not surprised he’s doing this,” said Art Byram, an ultramarathoner from Glastonbury, who has run all 825 miles of the state’s blue-blazed trails. “I’ve watched him grow.”

Tello is mostly a trail runner and he has immersed himself in the trail running culture, which is mostly made up of adults. He is a member of the CT Trailmixers, a trail running club based in central Connecticut, and leads one of their trail runs on Wednesday nights.

“I always grew up hiking and stuff and I liked hiking,” Tello said. “I heard about trail running — it’s like hiking but you’re running. I ran a five-mile trail race in Hebron, maybe a year after I started running roads. So I was still running roads but every so often, I’d run trails. I didn’t get into trails as much until I started training for my first 50K, which was a year ago in April.”

Yes, 100 miles is a lot for a 15-year-old, but Tello runs 70-100 miles a week when he’s training for big races. On his own. Without a coach telling him to. And no, his father doesn’t make him run (he gets up early to drive him to a lot of races, though. And pays for them. And, as his dad also points out, it’s not like there are college scholarships waiting for ultramarathoners.

“He’s very cautious with his training. It’s not like he woke up today and is doing a 50K. He’s been training, he has a good plan. He hasn’t had injuries — sure, at some point, if you run like this, you’re going to have some overuse stuff. But his doctors think it’s OK. Don’t do anything dumb. He’s doing it very slowly. Maybe one time he was complaining about something — I said, ‘Just stop for a few days’ — and then he was fine and he could run again. If you push through it, you’re going to injure yourself and you’re going to run less.”

A little over 40 years ago, Howie Breinan of Hebron ran the Lake Waramaug 50K. He was 9. He ran a 100K race a year later. He did two ultras a year until he went to high school and ran cross country and track; then he cut back to one. His father was an ultramarathoner so he wanted to do it, too. Breinan is now 50 and ran a 100-miler this summer.

“I’m an experiment of one,” said Breinan, who runs mostly on trails now. “Everybody’s going to be different. I think the running’s been beneficial to my legs.

“The bad thing for my legs is too high of an intensity; the slow and long is good for them, for the most part. The serious injuries have come from other sports.”

“I think it’s a touchy subject,” Byram said of kids running very long distances. The Boston Marathon, for example, has an age limit of 18 years old.

“People are slow to give advice about running while pregnant and I would put it right there with that. You have to be able to listen to your body. The idea of pushing kids to run is a bad idea.

“But that’s not the case with this guy. He’s his own pilot. He could run track. But he likes the groove of just being out in the woods and enjoying the trails.”

And while the pace is slower and the trails are more forgiving, surface-wise, than roads, some of the trails are pretty crazy. The description of the Squamish 50-miler: “This is an exceptionally difficult course made tougher still by the technical nature of a majority of the terrain. Throw in the fact that the back half runs much more difficult than the front half and you have yourself a nice little day of suffering.”

Tobias still wears the wristband from the race. He has a coveted trucker hat that only the Squamish 50-50 finishers earn.

“That was pretty hard,” Tobias said. “Once you were done with the first one, you couldn’t be done, you had to be in the mindset to run the second one.”

That brings us to the mental aspect of running ultras: In our instant gratification world, there is no instant gratification in this sport, as Byram pointed out. The training is long and difficult and so are the races. There are highs and lows that experienced adult runners struggle with.

“He’s kind of immersed himself in the culture,” Byram said. “I have to remember he’s the age he is. It’s like hanging out with one of my friends. He has the confidence of an adult but he’s not brash and arrogant.”

“Usually it’s pretty fun the entire time,” Tobias said. “I’ll have a random low point then not feel great then start feeling better again. It’s taught me once you hit a certain point, you can only go up.

“It’s fun afterwards. It’s a lot more fun when you’re done and you have the accomplishment.”

Spencer McKee: Will the internet destroy the Great Outdoors?

It’s true, “secret” trails are less “secret” than ever and as more people continue to spread the word about these once unknown attractions, more people become interested in tracking them down.

Transgender athlete Chris Mosier’s advice: ‘Be the person you needed when you were younger’

Chris Mosier’s motto is “Be the person you needed when you were younger.”

After multiple sclerosis diagnosis, woman ran to prove to herself, her autistic son and others that disabilities don’t ‘define who you are’

GRAND FORKS, N.D. — They’d spent more than a year planning and anticipating their 500-mile canoe trip into the heart of the Canadian tundra.

If it seems you’re encountering more and more people at 14,000 feet, it’s probably because you are.

With ‘a mule as an ambulance,’ group rescues an injured hunter amid a snowstorm

When the call came in about an injured hunter in the backcountry, McCall Fire Department already was shorthanded.