Two peaceful gatherings have been carried out in response to the George Floyd killing in Minneapolis and other recent police homicides. Approximately 200 people attended the first event and about 30 marched during Thursday’s rally.

“After the last one [solidarity march] people were asking if we could do it again,” said organizer Nicole Bowers. “The more people asked, the more I thought, why not? People were disappointed that they had missed it.”

“This has been going on for so long,” Bowers said. “It’s about women and men of color that are targeted and systematically abused because of the color of their skin. We wanted to let people know in this community that they are seen and we stand with them.”

Attendees gathered at 6 p.m. near the handball courts in Elko City Park. Several speakers talked to the group about their stance on this nationally charged issue.

“We are just here to support Black Lives Matter,” said participant Alicia Moore. “I have a brother who is black and I find it’s really sad that I have to worry about him and his family more than my other siblings just because of the color of his skin. It’s time for this to stop. It’s 2020, this shouldn’t still be going on.”

“Thank you all for coming out here and supporting this cause,” said rally speaker and social worker Breanna Allen. “I’ve been followed around in stores. I have been profiled. I make sure to have my insurance, license and registration on my console if I am ever stopped by the cops, because I am scared that if I make a wrong move I may not get to go home that night. That is the world that I live in.”

“I have been asked if I am adopted because my mom is white,” Allen said. “I’ve been told I am pretty for a black girl. I have been told I should be happy that I don’t have nappy hair. That is the world that I live in.

“No one should fear for their life because of their skin color. Black people should be able to walk to the store to buy Skittles. We should be able to jog, to stop and ask for help after a car accident and to sleep peacefully in our homes. America has a racism problem and it hasn’t gone away. This is the world that we all live in today. I never thought I would be fighting the same fight as my grandparents, but here I am. It’s a long fight. It’s not going to be easy, but we are not going to give up. Keep speaking up, keep being a voice keep being an ‘eye.’ Change will come.”

Members of the crowd repeated each name, followed by a moment of silence.

“Juneteenth is the celebration of the day the last American slaves were told they were free,” Wamsley said. “That was 1865, 155 years ago. It’s a beautiful milestone to celebrate. But how many of you think that the flawed ideas that allowed slavery to exist in a land founded upon equality of all mankind just vanished that day? For the 250 years prior to 1865 our country was built, in large part, by slaves. That is more than eight generations of economic prosperity premised on legalized, institutionally enforced slavery.”

“It took another 100 years before women and minorities were afforded legal protection for their right to vote,” Wamsley said. “That was 1965 after millions of people marched and protested, many of them also brutalized by the hand of law enforcement, some killed.”

“Do you think that the day the Civil Rights Act was passed that all Americans stopped believing in the innate superiority of others?”

More information on the group is available on Facebook at elkosolidaritynetwork.

ELKO – A group of peaceful protesters that held a June 4 rally in response to the death of George Floyd is planning another rally on Thursday.

ELKO – Elko City Council members did not hear a presentation Tuesday on the Elko Indian Colony’s plan to open a marijuana dispensary, but they…

As our country’s metropolitan areas descend into a dystopian chaos, we are bearing witness to a complete breakdown of societal order. Peaceful…

Elko murals: The full collection and where to find them

ELKO -- The Elko Mural Expo took place Sept. 26 - 29 in the downtown corridor. The event was organized by Art Spot Reno and the Elko Arts and …

ELKO – George Floyd, an unarmed black man, died May 25, as a Minneapolis police officer knelt on his throat for 8 minutes and 46 seconds.

Biden urges states to open up vaccinations for more Americans

Biden urges states to open up vaccinations for more Americans

Common face mask mistakes and how to fix them

Common face mask mistakes and how to fix them 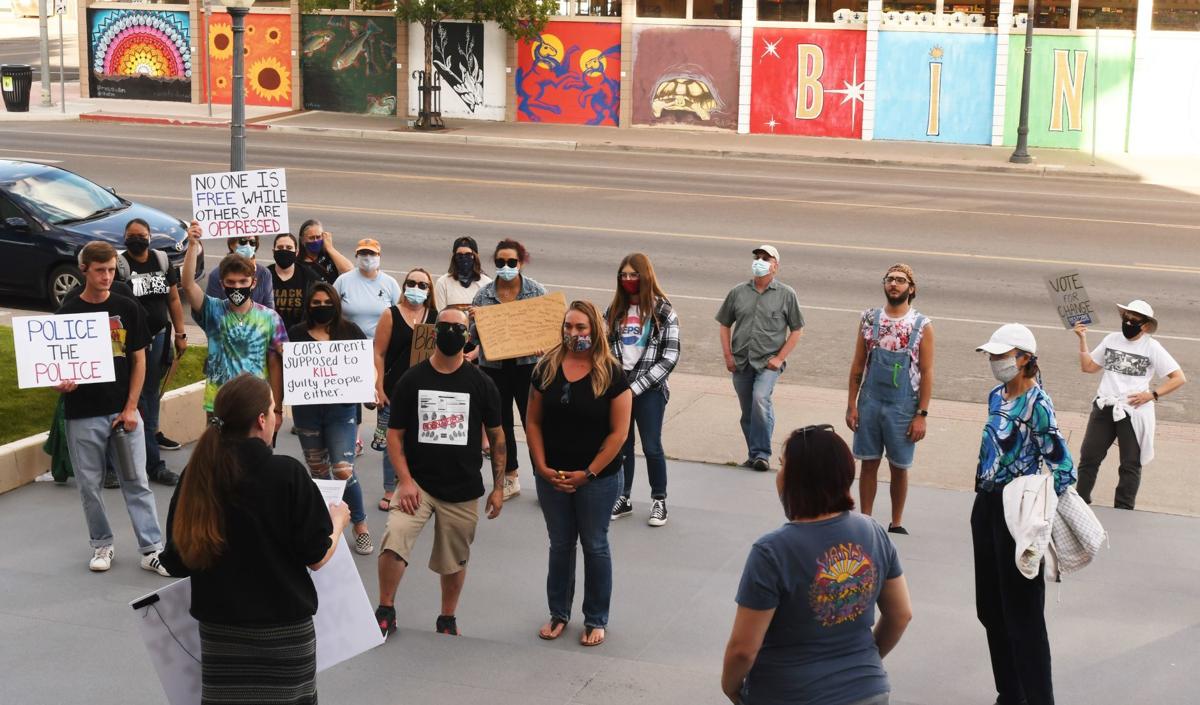 The second Elko Solidarity Network march culminated on the steps of the Elko County Courthouse. 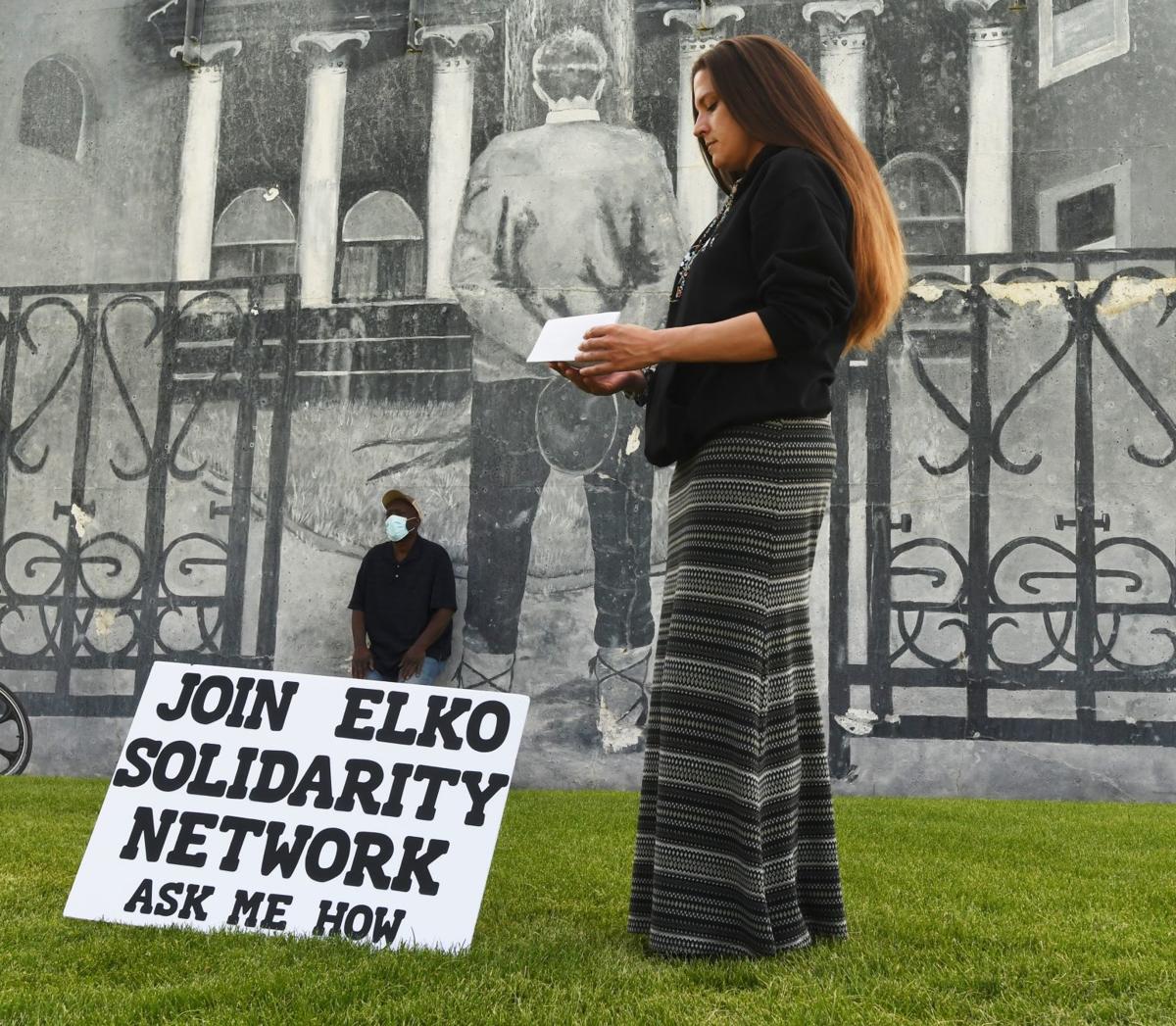 Tiffany Wamsley, co-creator of Elko Solidarity Network, waits to speak at a rally Thursday evening in front of the "Tree of Girneka" mural, a symbol of Basque solidarity. 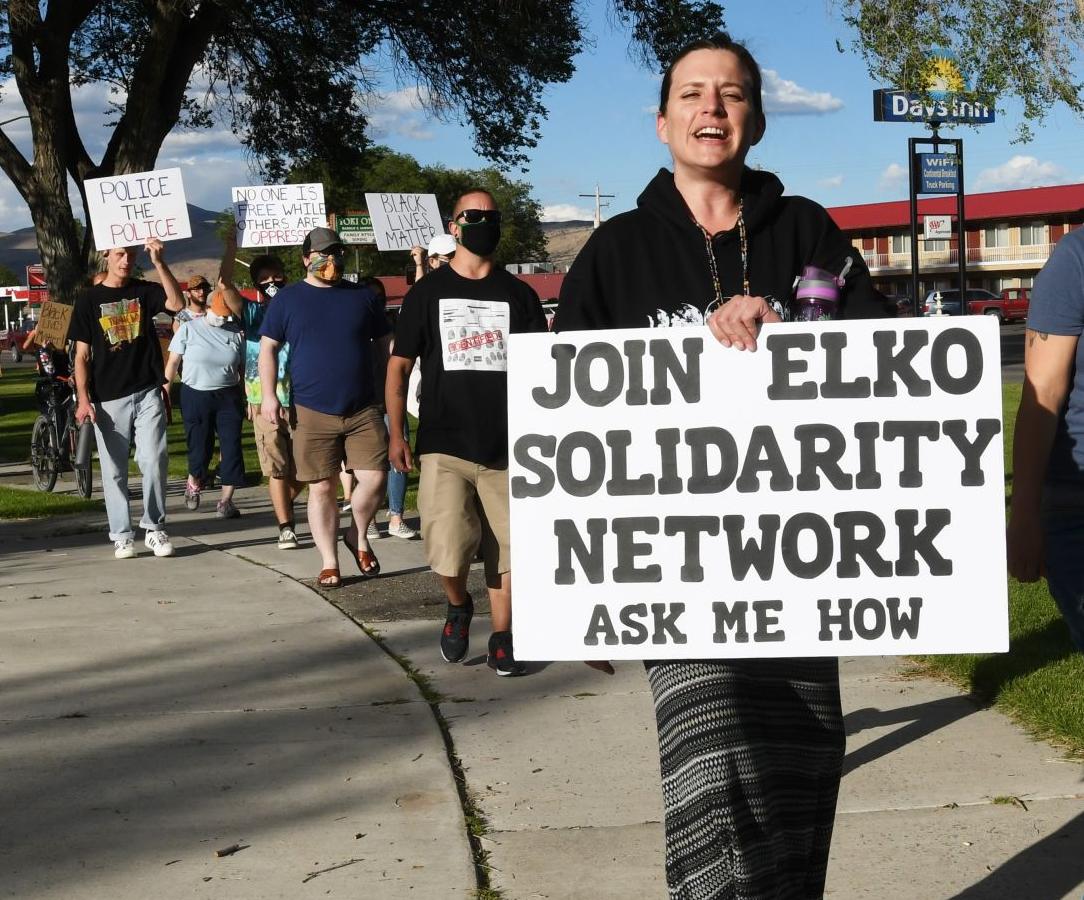