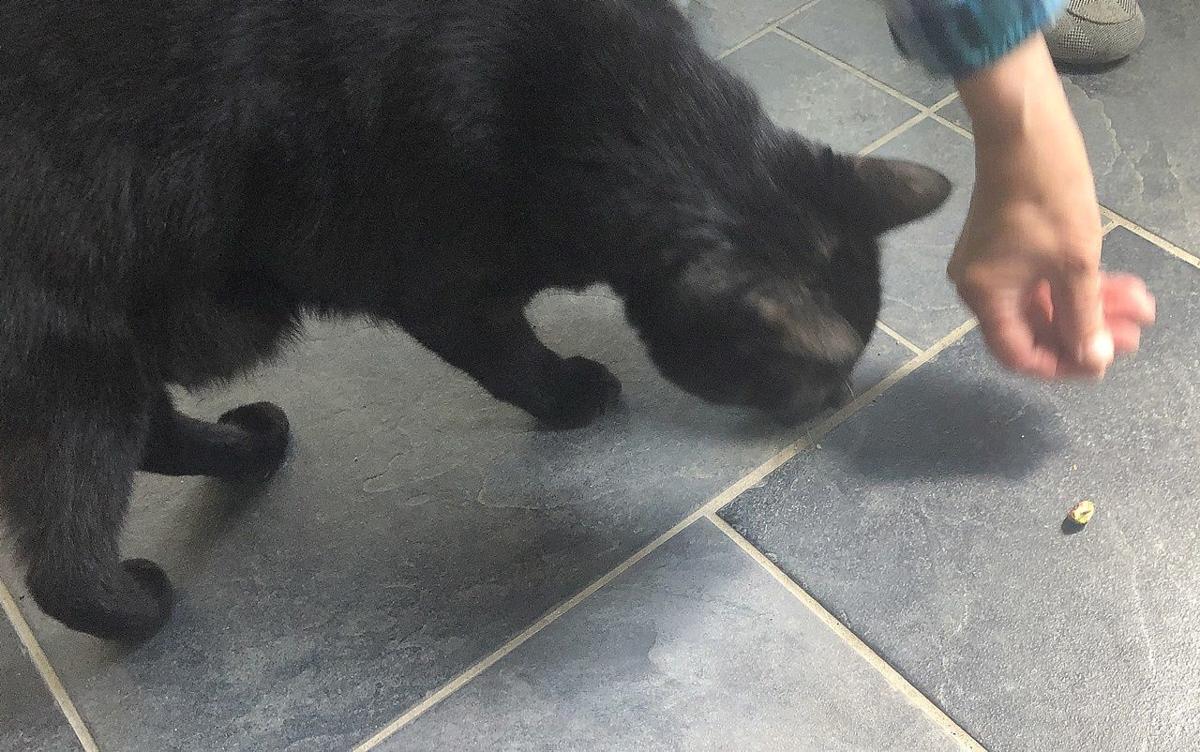 Cricket heading for the pistachio

Every so often, grandma would take us to Howard Johnsons for ice cream. It was exciting seeing all of the flavors boasted on the mirrored wall as we’d sit at the lunch counter. My brother Glen, for some reason he’s never explained, would get revolting black licorice and I, like Nana, sweet green pistachio. It was my favorite of all until I discovered its overseas cousin, the more complex and spunky spumoni.

Last week I sent away for some pistachio seeds -- the planting kind, not the eating ones – you can get them anywhere, I thought perhaps I could grow a miniature pistachio tree in my house, much like a dwarf lemon or orange tree that some people have, and be able to grab a cluster of nuts fresh right from the tree when they bloom. They say this may take up to five years however.

Anyway, I know my cat, Cricket, would be happy, he goes crazy when I snack on them although, due to their fat content, they are probably not too good for cats to ingest. I limit his gluttony to only a few at a time.

Doing a little research on pistachios, I found the tree is actually a member of the cashew family, and originates from the Middle East, especially Iran. Archaeologists over the years have discovered that pistachio seeds were a common food as early as 6750 BC. It is said that The Hanging Gardens of Babylon, one of the Seven Wonders of the Ancient World, contained thousands of pistachio trees planted by King Nebuchadnezzar to please his wife, Queen Amylis, because she was homesick for the green hills and valleys of the city of her birth in Iran.

The pistachio tree was later introduced into Italy by the Romans about the time Jesus taught in Galilee and from there the tree was first brought to America in 1854 by Charles Mason, who distributed seed for experimental plantings in California, Texas and some southern states east of the Mississippi. After little success, a few more pistachio trees were imported from France and planted in Sonoma in 1875 but not much happened.

Wanting to move forward on a possible crop, the United States Department of Agriculture, in 1904, introduced hardier cultivars to California collected from China of all places but that didn’t work either. It took until 1929 for this first commercial crop to come out but this was later limited by the Great Depression years after that.

Finally, 50 years later, in the 1970s pistachio nuts ramped up to full commercial status in California where they are now considered a good money making crop, along with almonds, macadamias and cashews. In fact, the demand for pistachio nuts has increased dramatically in recent years, from a paltry 4 million pounds in 1977 to over 980 million in 2018, making the United States the largest producer of pistachios in the world. Other major producing regions are Iran and Turkey and to a lesser extent, Syria, India, Greece and Pakistan.

The climate of the Central Valley of California is ideal for pistachio trees. They seem to thrive in areas that have cool winters and long, hot, dry summers since they cannot tolerate excessive dampness or high humidity.

Pistachios are dioecious with male and female flowers on separate trees and both trees must be present for fruit to set, meaning I would need at least two trees to get any fruit. It is said a branch from a male tree may be grafted on a female tree to accomplish the same effect but this sounds tricky. The small, brownish green flowers grow without petals and of course must be pollinated to get any seeds to grow.

The fruit, commonly known as a nut, is technically a drupe, where an outer fleshy part surrounds a single shell with a seed inside. When you buy pistachios from the grocer, you don’t see the outer region, it has been already taken off.

Just for the record, both cherries and almonds are drupes because they have outer juicy parts. Normally the shells of the drupe split longitudinally along their sutures when mature and this is handy when eating them.

The color of the inner kernel varies from yellowish through shades of green, with the deeper the shade of green, the higher the value. Pistachio nuts are rich in oil, with an average content of about 55%. Trees begin bearing in five years, but it may take up to 20 years to get a full yield and, to make it worse, the trees tend toward biennial bearing, producing heavy crops one year followed by scant batches the next. As you could guess, the harvest is also influenced by drought, excessive rain, heat or cold and high winds.

The nuts are harvested by shaking the tree where sometimes a single shaking will bring down the bulk of the matured nuts which can be caught on a tarp or canvas spread out below. There are machines that grab the tree and shake it back and forth.

A fully mature tree may produce as much as 50 pounds of dry, hulled nuts. The hulls are mechanically removed and to enhance splitting, the bare nuts are then dipped into water to moisten the shell and lastly spread out in the sun on trays to dry.

The California Rare Fruit Growers have a website that claims the pistachio is unique in the nut trade due to its semi-split shell which enables the processor to roast and salt the kernel without removing the shell, and which at the same time serves as a convenient form of packaging.

They say about 90% of California pistachios are consumed as in-shell snacks. Shelled pistachios are utilized commercially in confectionery, ice cream, candies, sausages, bakery goods and flavoring for puddings. They are sometimes added to dressings and casseroles for flavor.

But getting already shelled pistachios takes the fun out of splitting them one by one.

My brother lives at the reverse of my two digit house number. The difference between our house numbers ends in a five and the sum is evenly divisible by thirteen. What is my house number?

Cricket heading for the pistachio