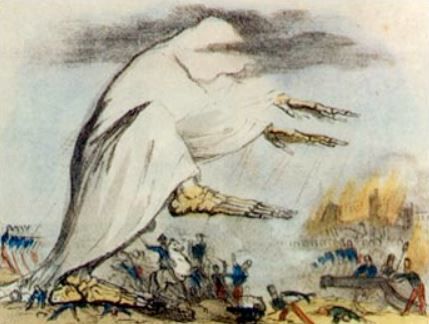 A representation of the cholera epidemic of the 19th century. 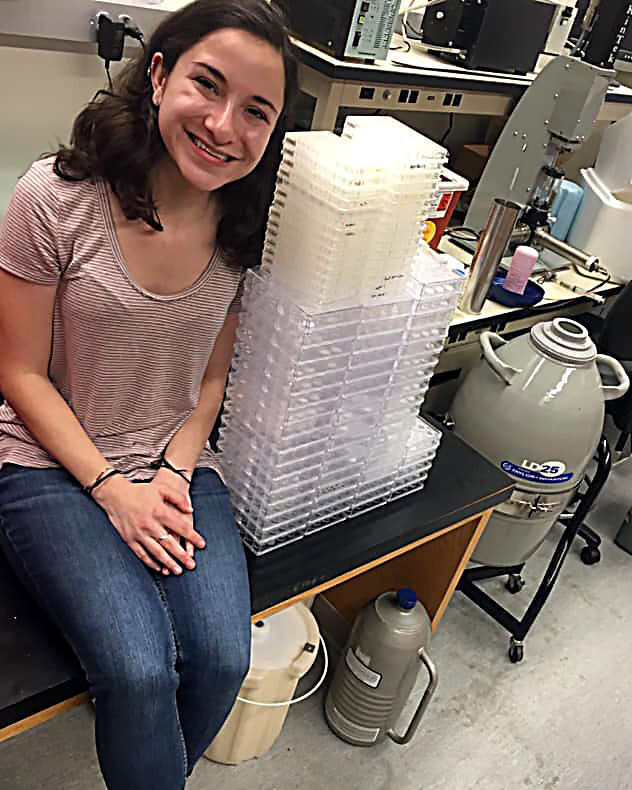 Last week, a new study published by the World Health Organization found that face masks provide some protection against covid-19 infection for mask wearers, not just those around them. While this is certainly good news and will hopefully provide more incentive for those still not regularly wearing masks, it is a different statement from the one we’ve been hearing from leading health resources for months: masks protect those around you, but not the wearer. And of course, both of these are different from the official guidance in March and early April to only wear a mask if you are sick.

This is undeniably frustrating. Health agencies change their recommendations and policy makers make abrupt 180-degree turns regarding practices that might help us reduce viral spread. In fact, the main reaction in response to being asked to wear a mask or practice social distancing has been: why should I believe you now? The scientists and policymakers keep changing their minds — how do I know they’re right this time?

It’s a valid question. If you look at the history of science, you’d find that we’ve been wrong often before. There were times when, based on the information available, scientists believed the earth was the center of the universe with the sun moving around it, that atoms were indivisible (nuclear power, now responsible for around 10% of the world’s energy is based on the breakdown of the atom), and even that proteins rather than DNA contained the genetic information passed through generations. So why should we trust science, and more importantly, if it keeps changing, how can we know we’re right this time?

In the early 1900s, an Austrian student named Karl Popper was faced with a similar dilemma to many of us surrounded by the whirlwind of covid-related news and stories. Living during a swarm of new theories in physics, psychology, and history including Einstein’s theory of relativity, Marxist theory, psychoanalysis, and individual psychology, he felt he didn’t know which way to turn or what to believe. In an attempt to sort out which studies he wished to believe, which he deemed truly scientific and properly tested, Popper proposed the issue was “the problem of drawing a line” that could separate science from non-science and therefore help him determine which theories to trust.

For Popper, the decision came down to the idea of falsification: to be scientific and therefore trustworthy, Popper argued that an idea put forward by science had to be capable of being proven wrong. Importantly, any idea that can be proven wrong might be; Popper’s criteria in no way guarantees that science will come up with a winning hypothesis every single time. Instead, he suggested a simple criterion to see if an idea has the potential to be shown to be true or false under proper testing conditions.

For example, the popular pseudoscience of astrology which claims the position of the planets at one’s time of birth have predictive outcomes of that person’s physical and mental characteristics is easily disproved by twins who live very different lives despite being born at the exact same place and time. In contrast, my fortune cookie suggesting “good luck will come my way soon” is impossible to test empirically by any method I’m aware of. What amount of “luck” would be sufficient, what will “luck” look like, and in what “soon” timespan will it occur?

Of course, the fact that science is designed so that it can be refuted means it often is. As our technology improves, as we ask new and better questions, as our sample sizes increase, we often draw conclusions that directly contradict those of the past. In such situations, the conflicting conclusions must battle it out: do we have more reason to believe that one is more accurate than the other or do we see flaws in one we missed before? Almost always, the answer is yes, and one theory wins until future, and hopefully improved, experiments bring the victorious theory back into the ring for another round.

It might seem a bit alarming that the ability to constantly refute science means that what we know, or think we know, will change. As a species, we don’t like things we do not understand. The fear of the unknown is real. But think of the alternative. Until nearly the end of the 1800s, scientists, correctly recognizing that human waste and garbage could lead to illness proposed that the bad smell was itself the culprit.

Some historians even hold that the famous “ring a ring o’ roses; pocket full of posies” rhyme refers to individuals placing flowers in their pockets as protection against the bubonic plague, which caused ring-like rashes. Earlier than that, Egyptians mistook the red-colored sweat of the hippopotamus for blood, leading to the idea that releasing copious amounts of blood from patients could somehow cure their ills. The idea of “bleeding” patients to cure them continued to be supported by “scientific” research into the 1900s. Of course, modern knowledge of the body tells us that extensive release of blood from the body is far more likely to do harm than good and the germ theory of disease suggests that viruses, bacteria, and other small parasites and organisms cause disease, not smells.

It would be not only incredibly dangerous, but also foolish to try and treat someone with SARS-CoV-2 by putting sweet smelling flowers in their pockets or removing large amounts of their blood. As our knowledge of the world changes, so must our actions and policies.

As a public, we are used to seeing the polished end-product of science. Before presenting new ideas, scientists might spend their entire lives trying to refute or support one idea. We are living in an unprecedented time: in a globalized world where information travels at the speed of light and scientific discoveries on SARS-CoV-2 and covid-19 are being forced out at breakneck speeds. With so much at stake and an entire world plunged into disarray, every new finding is a big deal and shared widely.

We are seeing science in progress: data in its messiest, most raw form. Because we know so little about the new topic at hand, the chance that a given discovery will completely override what we knew before is high. As data suggested that asymptomatic carriers were more common than we previously believed (a recent study credited 50% of outbreaks to asymptomatic carriers) it became clear everyone should wear masks. Now, as people have begun wearing masks for long enough and in large enough numbers for studies to be conducted, we’re learning that they might provide protection for the wearer as well as surrounding people.

The bottom line is that when scientific results change, it doesn’t mean science is somehow broken or flawed. This is exactly what science is supposed to do: as we gain new information, learn new things, and figure out what questions we should ask next our conclusions and policies must change with the data. Just as it wouldn’t make any sense or do anyone much good to insist on doing away with masks and preventing SARS-CoV-2 spread by placing flowers in our pockets to keep away bad smells, it doesn’t make sense to avoid wearing a mask just because our improved understanding of covid-19 has led to more informed conclusions than we had at the start of the pandemic.

Hannah Margolis is a postbaccalaureate researcher at the National Institutes of Health with a degree in biochemistry from Dartmouth College. She can be reached at hannah.k.margolis@gmail.com.

How to stop glasses from fogging up when wearing face mask

It's a pesky problem: As soon as you strap on your cloth face mask and head out the door, your glasses fog up. But there's a simple fix for that.

The Art of Jack Malotte at Western Folklife Center

ELKO -- The Western Folklife Center is hosting “The Art of Jack Malotte,” a major retrospective exhibition showcasing the breadth of Malotte’s…

Trump is trying to rewrite history on the coronavirus. Here's the truth

A representation of the cholera epidemic of the 19th century.