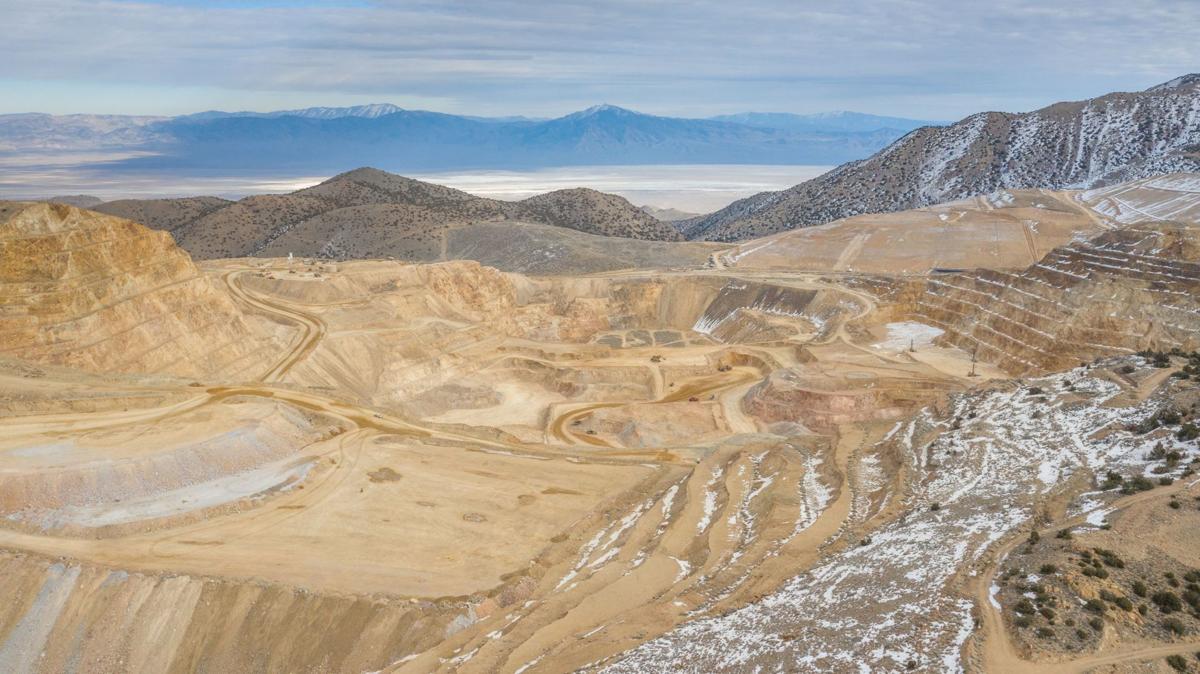 The Bonanza King Mine went up for sale in mid-March for $40 million. 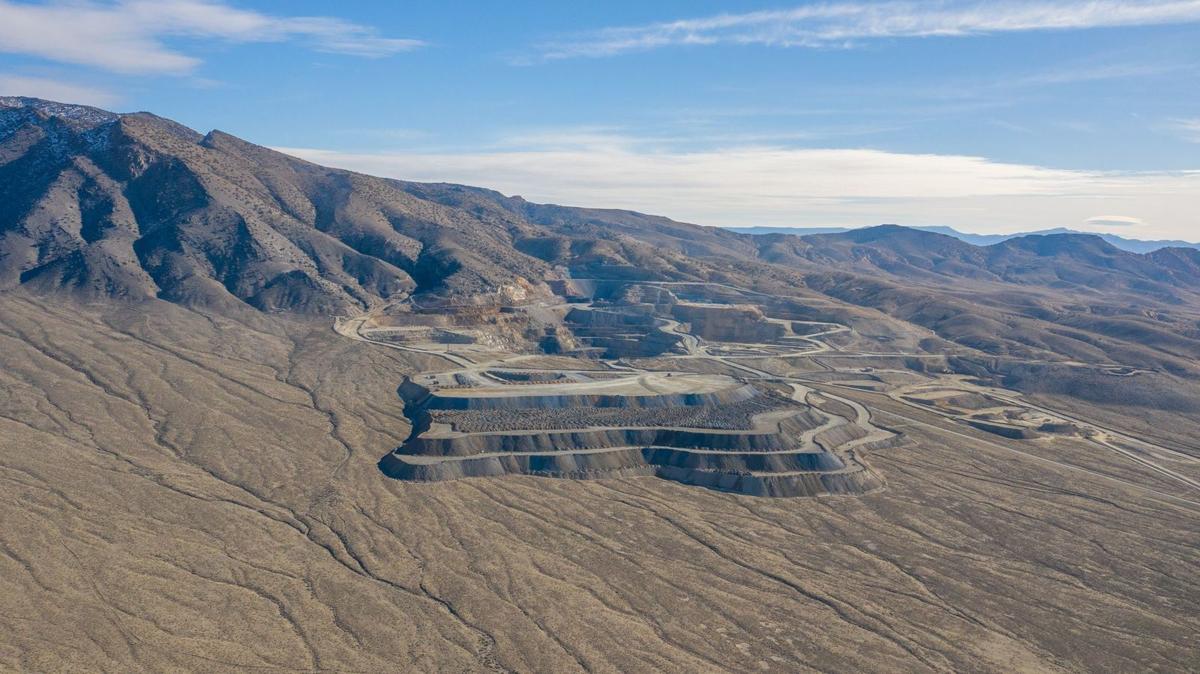 RENO — The last patented lode gold mine left in Northern Nevada is for sale through Sierra Sotheby’s International Realty for nearly $40 million.

Located in the Spring Valley mining District of Nevada’s Pershing County, the more than 20-acre parcel “is rich in mining history and may be equally rich in gold and silver,” according to a statement released March 10.

Known as the Bonanza King Mine, it was discovered in 1868 and was the only lode mine in the Humboldt Range. The property borders the Barrick Gold Corp., recognized as one of the largest gold producers in the world and is operated by Waterton Global Resources. The Bonanza King Mine is “patented” private property with extra lateral mineral rights.

As a patented mine, it is situated on private land with physical proof of gold and silver present on the property. Patented mining claims carry specific guaranteed entitlements including expansion beyond its boundary lines, designated as “Apex” extra lateral rights. Additionally, the claim is not subject to annual conditional lease fees, unlike Bureau of Land Management claims that are on leased U.S. government acreage.

Beyond the patented rights, the Bonanza King Mine also carries a rich history.

“The current owner found the current property by accident in 1980,” said April Nieto, listing agent with Sierra Sotheby’s International Realty. “He would often take rides through untraveled areas in the Nevada desert to explore what he referred to as ‘the decline of the west.’ He tells the story about coming across an old fellow named Jack McCarty on one of his trips. McCarty pointed up the hill and told him there was gold all over the place in that area. Then he and McCarty walked up to the 12,700-ton dump on the Bonanza King Mine with a gallon jug of water and a gold pan and about a dozen ore sacks and they panned gold out of each of nine spots they tried.”

The history of the mine dates back to 1871 when a world-class 15 stamp mill was built to process an oxide type ore common to Northern Nevada. A typical small town, Spring Valley, was erected for the miners and their families.

In 1898 the mine was acquired by the Bonanza King Mining Company under the direction of J.P. Fitting, a well-known leader in the mining industry. Fitting determined that he could avoid what he considered was a “sulfide ore pocket” by sinking a new shaft a short distance from the old one. The mill was rehabilitated and production started. The town then expanded to accommodate two shifts of miners and was renamed “Fitting.”

However, at 200 feet, sulfide ore was again encountered in 1905 and all activity on the property ended due to a lack of technology. The mine was then purchased by Madison Makeever who hired a five-man crew willing to accept a share of the proceeds, if any. Among the five was J.T. Lilly, a well-known and accomplished mining engineer in Nevada. Lilly sunk the shaft deeper and at 225 feet hit oxide ore. The mine was subsequently shut down in 1910 because the stamp mill process could not properly accommodate sulfide ore, which is no longer an issue with today’s technology.

Still with high hopes for his previous endeavors, Lilly published a report in 1933 outlining his opinion on the mine’s potential at greater depths and lengths. Following the report, Cornell University spent several weeks with a team of geologists at the Bonanza King Mine in 1938 to conduct a detailed analysis of the mineral deposit. The visit resulted in a 55-page study published by Cornell in 1939.

Today, the Bonanza King Mine has strategic leverage in the neighboring Spring Valley Project. It is surrounded by 20,580 acres on leased U.S. Government Land consisting of 1,029 BLM claims with annual lease fees totaling over $185,000.

According to the current owner, mineral deposit evaluations conducted in recent years in the Humboldt Range by U.S.G.S. geologists Ransome, Vanderberg, Johnson, Wallace, and Campbell of Cornell University suggest trending characteristics to the Comstock Lode discovery.

“It is not unreasonable to assume that the Humboldt Range facilitates an extension of the world-famous deposit,” he says. “In effect it may reveal a suppository of some of the greatest gold and silver deposits yet to be discovered for many years into the future.”

Numerous studies, maps and reports can be made available upon serious inquiry. Additionally, information about this historic gold mine is available in the federal and state archives.

Under Trump, Interior officials said mining or grazing would not pose a significant threat to sage grouse

SSR Mining Inc. reported a strong financial performance in the first quarter of this year, including adjusted net income of $102.4 million, or…

Argonaut Gold Inc. announced record revenue of $105.3 million and net income of $27 million, or 9 cents per share, for the first quarter, and …

“At Round Mountain mining was impacted in the first quarter by precautionary measures taken after movement in the north wall of the pit,”

Mining Quarterly to get new look and name

The revamped magazine will be called Mining the West.

“Barrick majority-owns and operates five of the world’s 10 largest gold mines, with a sixth in the form of Turquoise Ridge waiting in the wings"

“In the near future, we will be communicating our plan for Jerritt Canyon, which will include ways to further improve productivity and reduce operating costs.”

Newmont's Tom Palmer said there have been 12 COVID-19 deaths at its operations over the past year, and they have had “a profound impact on the entire Newmont family.”

US fights new deadline for rare plant protections in Nevada

The Fish and Wildlife Service was supposed to decide last October whether to list the plant as endangered.

The Bonanza King Mine went up for sale in mid-March for $40 million.