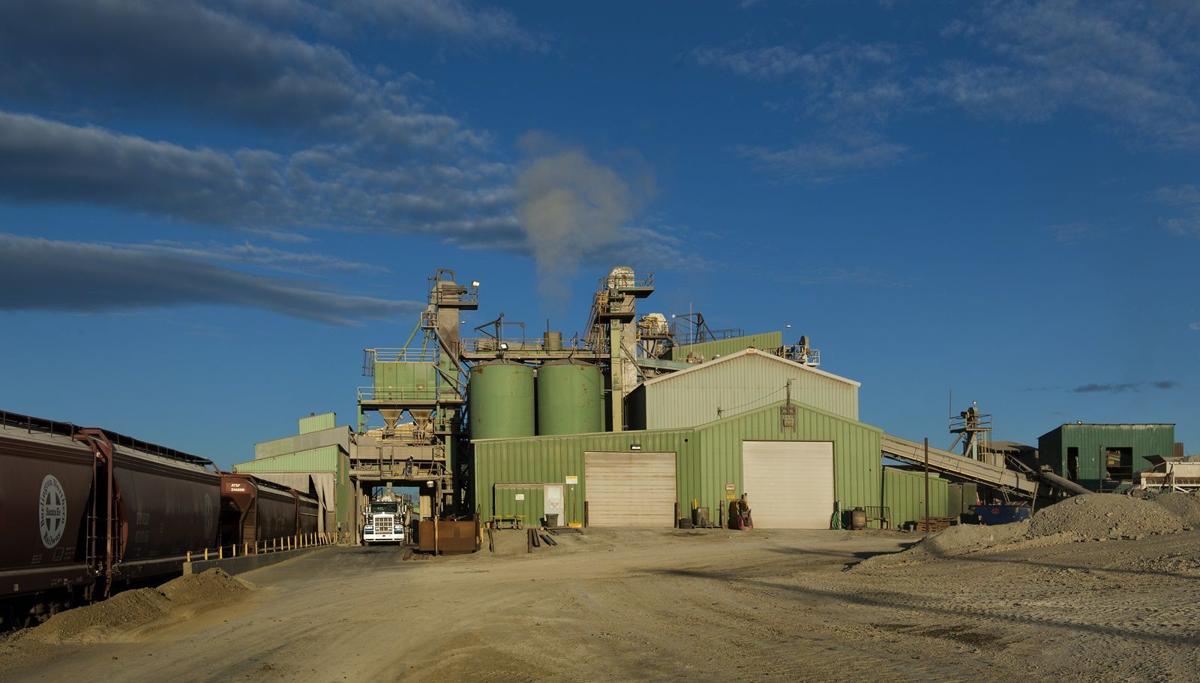 Wyo-Ben Inc.’s Sage Creek Plant at Lovell, Wyo., is the company’s specialty plant. The company mines sodium bentonite in the Big Horn Basin of northern Wyoming and a corner of Montana. Wyo-Ben also processes the industrial mineral into a variety of products. The most popular currently is kitty litter.

Wyo-Ben Inc. has promised not to mine this prime example of a Wyoming bentonite deposit that is nicknamed “pie pans.” The company uses photos of the site in marketing, however. 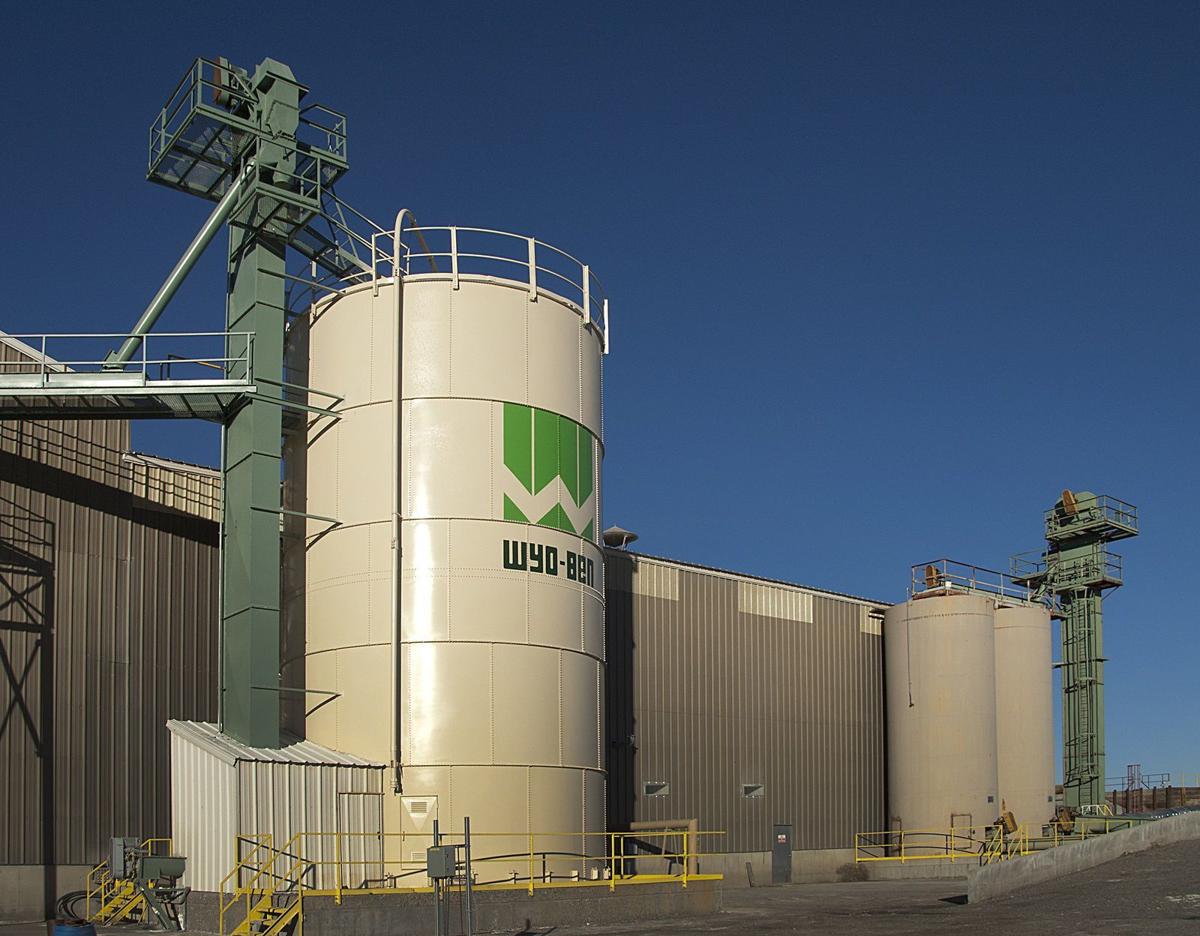 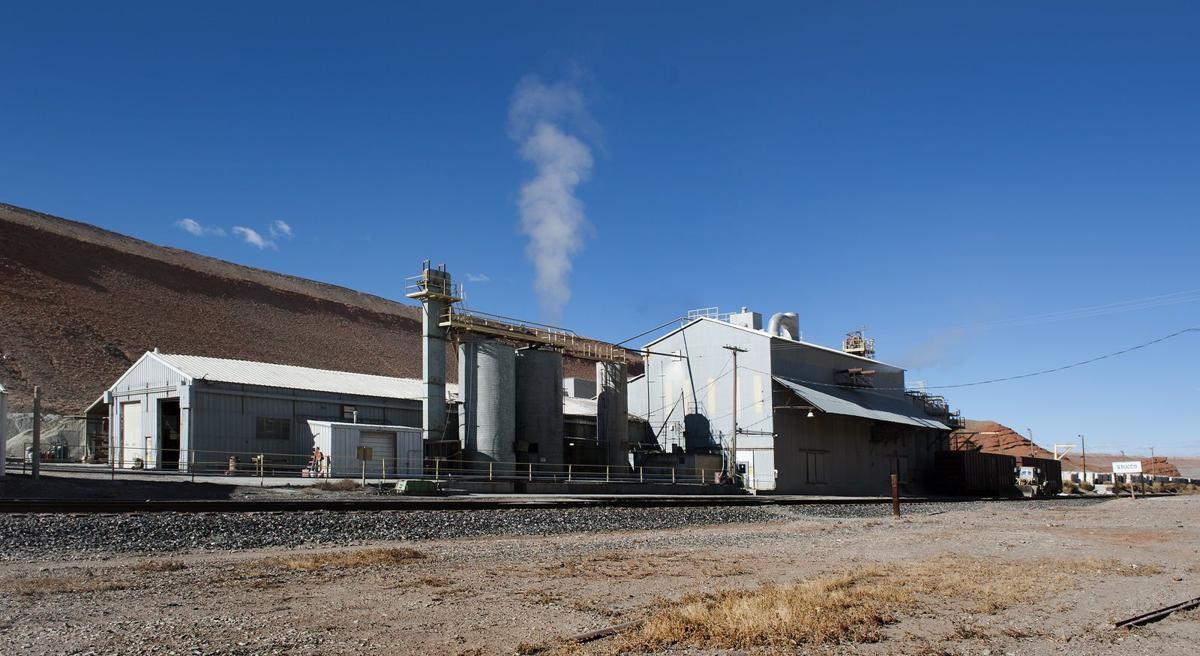 Wyo-Ben Inc.’s Stucco Plant is in Greybull, Wyo., is primarily used for packaging the company’s bentonite products. Wyo-Ben mines sodium bentonite, which has many uses, including for drilling mud, cat litter, water treatment, landfill liner and much more.

Wyo-Ben Inc. is marking its 70th anniversary as a bentonite producer in Wyoming, where the company has processing operations at Greybull, Thermopolis and Lovell. Headquarters are in Billings, Montana.

“We mine all our bentonite in the Big Horn Basin, which sits mostly in Wyoming and a little in Montana,” said the family-owned company’s president and chief executive officer, David Brown. He said his father Keith “came on the scene in 1951, and that is when Wyo-Ben really existed.”

His grandfather, Rockford, saw the potential for bentonite “back in the ‘30s and ‘40s,” and he generated some sales, but the company sees Jan. 1, 1952, as the real starting date of Wyo-Ben, Brown said.

The first plant was built in Greybull for oil and gas drilling and development, and the operations grew from there, mining and processing sodium bentonite that has many uses, but the best seller now is cat litter.

Brown said he worked at the company while in college and “came on full-time with my brand new MBA in the late 1970s.”

He worked in many aspects of the business, such as trucking and marketing, before becoming president in the mid-1990s. His brother Richard is a scientist with Wyo-Ben and manages and oversees bentonite resources. His uncle, Rockwood Brown Jr., is vice president, legal counsel and board chairman, still active at age 93.

The sodium bentonite that Wyo-Ben mines is “very unique and highest quality” found in Wyoming, western South Dakota, and southern Montana. What makes it unique is that “it has the ability to take on water,” Brown said. That ability, called adsorption, not absorption, “is the distinguishing factor.” In adsorption, individual molecules, atoms or ions adhere to a surface of the adsorbent.

The sodium bentonite can be used as a drilling fluid for oil, gas and water wells, construction of pipelines for oil, gas, internet fiber and more, in the foundry industry for metal capping, in animal feeds as a binder and as a sealant in the construction industry.

Bentonite also can be used to bottom-seal a pond or lake, at landfills as a liner and cap, in pharmaceuticals, cosmetics and iron ore pellets.

“Bentonite is naturally pure and organic,” Brown said. “It’s a clay of 1,000 uses. The primary use is cat litter like Tidy Cats.”

Major retailers may use their own brands for the cat litter but “it all comes from Wyoming,” he said.

Wyo-Ben employs 140 people, but the mining of the industrial mineral is done by contractors, which adds another 60 jobs. Operations go on 24 hours a day, seven days a week.

“We’re a vital part of the economies of these communities, and we pay a good chunk in taxes,” Brown said.

The company also pays a royalty on bentonite taken from state lands and has arrangements with private landowners when mining goes onto private property, but 90% of the mining claims are on land managed by the U.S. Bureau of Land Management.

Wyo-Ben’s plant at Greybull is primarily for packaging, and Brown said it is automated, with robots. The Thermopolis plant is a bulk plant that ships by rail or truck. The plant at Lovell is “what we call our specialty products plant,” that produces water treatment product, for example. Bentonite can separate dangerous components out of the liquid stream. That product is called Cleartreat.

Brown said the cat litter can be shipped in bulk, but Wyo-Ben also has a “fairly new, finished product facility in Billings.” This is Wyo-Ben’s “first foray into packaging, and we fully expect to expand packing into other parts of the country.”

Mining is open pit but much different than gold, silver, or copper mining. A pit is typically 6 feet thick, 400 feet wide and 1,000 feet long, and the thin deposit “will run for miles and miles,” Brown said.

Contract operators remove the overburden to expose the clay to mine, then return the overburden to the pit. Mining is done by dozers, scrappers and excavators, and the bentonite is hauled from mining sites in belly dump trucks.

Brown said there is continuous reclamation and seeding of native plants, and, in most cases, the reclamation improves the land’s ability to grow vegetation. The work also can include habitat for animals and watering holes.

“We are tremendous stewards of the environments and awards are testimony to that. We put things back in better condition than when we touched it,” Brown said.

The Wyoming Department of Environmental Quality awarded its 2021 Excellence in Mining Reclamation Award for non-coal earlier this year to Wyo-Ben for its work reclaiming a bentonite pit near Thermopolis.

According to DEQ, Wyo-Ben finished most of the pit in 2013 and completed additional vegetation seeding to the area in 2015 and 2016.

“One of the reclamation goals was to establish sagebrush to provide habitat for sage grouse, as an active lek is located in close proximity to the site,” Matt Kunze, DEQ’s natural resources program supervisor, said in a news release from the agency.

“Because these pits are relatively small, we have many, many to plan for,” and he was disappointed the environmental assessment for the most recent BLM permit near Thermopolis took seven years.

There is one deposit the company has pledged to never mine, however. This is a “very, very unique deposit” that has been called pie pans and is an easily visible example of bentonite, Brown said. “There are 250,000 tons sitting there,” and the company often uses pictures of the site.

Because of the many uses for bentonite, the industrial mineral’s pricing “varies tremendously,” Brown said. Pricing for certain uses is around $60 a ton, but the grades for pharmaceuticals or paint additives that are sold by the ounce are much more costly.

According to the Wyo-Ben history put together for the 70th anniversary, Wyo-Ben started with a partnership of Keith, Rockwood and Neal Brown, together with Barbara Brown Bixby and R.E. Dansby. They acquired mill property at Greybull and bentonite claims.

The demand for its bentonite for drilling grew, and in 1954 the company supplied carloads of bentonite to a pilot plant in Aurora, Minn., that was developing a process for concentrating and pelletizing taconite iron ore. The technology was later adopted by the iron ore industry.

In 1963, after a number of large-scale taconite pelletizing plants had been developed in the U.S. and Canada, Wyo-Ben negotiated a bentonite supply agreement with a large pellet plant in Quebec and pioneered methods of shipping semi-crude bentonite to markets requiring water transportation, according to the history.

Bentonite mud shipping grew, and the company built the second processing plant in Lovell, designed at that time to produce a semi-crude bentonite for the taconite pelletizing industry.

In 1980, the company built the plant in Thermopolis after acquiring large bentonite reserves near the town and because of the increasing demand for taconite pelletizing, and the company also supported its own and other oilfield service companies through a network of 45 warehouses.

That division suffered a downturn with the oil industry in the later 1980s, however, and both oil-well drilling and iron pelletizing dropped dramatically. Wyo-Ben redirected sales efforts and the company’s character after suffering hardships, the history outline on the company’s website states.

One of the markets Wyo-Ben moved into was that of groundwater. The company developed a new product that would create a better method of abandoning seismic shot holes, called Enviroplug, the first commercially produced bentonite chip. The use grew to other industries, including water wells.

Wyo-Ben then moved into other industries in the 1990s and introduced Cleartreat in 1995.  

Nevada Vanadium spins off from parent

To execute its “Hub and Spoke” development plan, i-80 intends to construct four new mining operations over the next three years

Lithium: A year of progress and protests

China’s Ganfeng Lithium is the largest shareholder in Lithium Americas, the company planning the Thacker Pass mine, according to the New York Times.

All mining operations at the Kentucky site owned by Nally & Hamilton Enterprises Inc. were shut down and will continue to be suspended Wednesday while an investigation continues

The year in mining

"We are lucky to be experiencing unprecedented growth in our business; however, this also adds to the challenge from a workface perspective.”

Wyo-Ben Inc.’s Sage Creek Plant at Lovell, Wyo., is the company’s specialty plant. The company mines sodium bentonite in the Big Horn Basin of northern Wyoming and a corner of Montana. Wyo-Ben also processes the industrial mineral into a variety of products. The most popular currently is kitty litter.

Wyo-Ben Inc. has promised not to mine this prime example of a Wyoming bentonite deposit that is nicknamed “pie pans.” The company uses photos of the site in marketing, however.

Wyo-Ben Inc.’s Stucco Plant is in Greybull, Wyo., is primarily used for packaging the company’s bentonite products. Wyo-Ben mines sodium bentonite, which has many uses, including for drilling mud, cat litter, water treatment, landfill liner and much more.