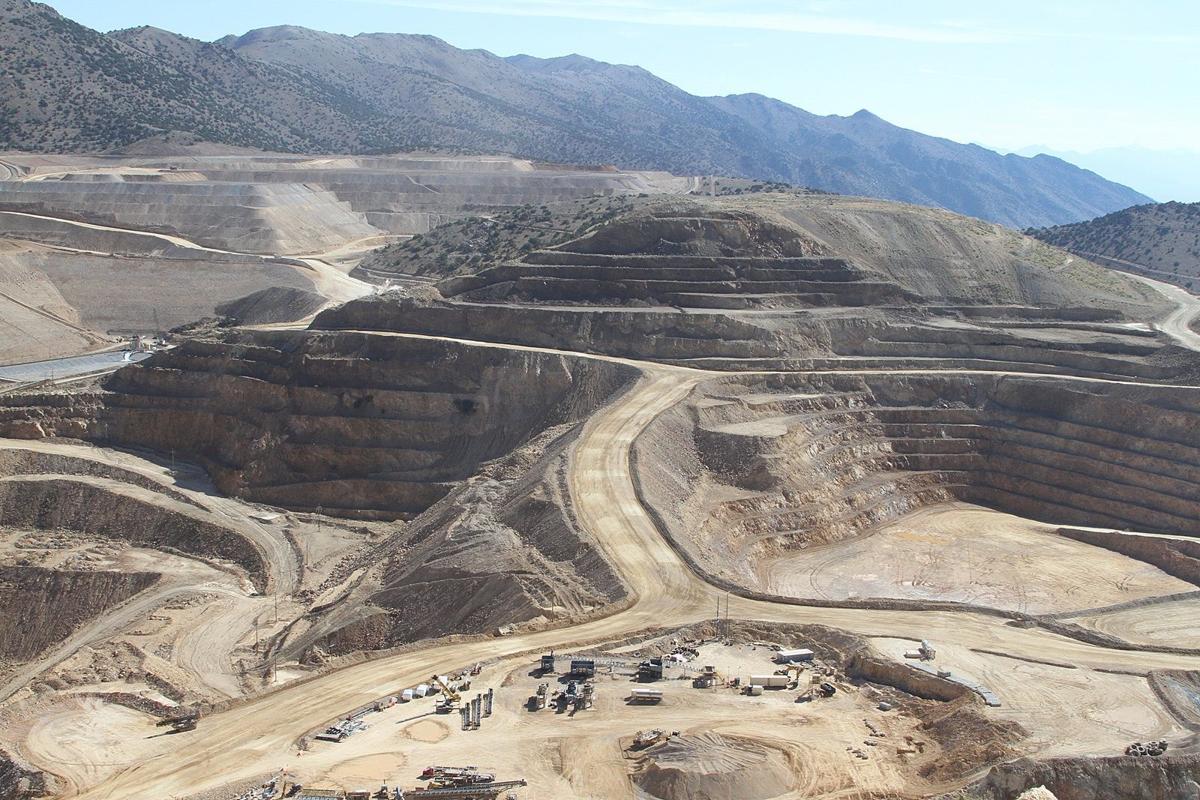 The Rochester Pit with the active Stage III heap leach pad in the distance at left in a 2015 photo. 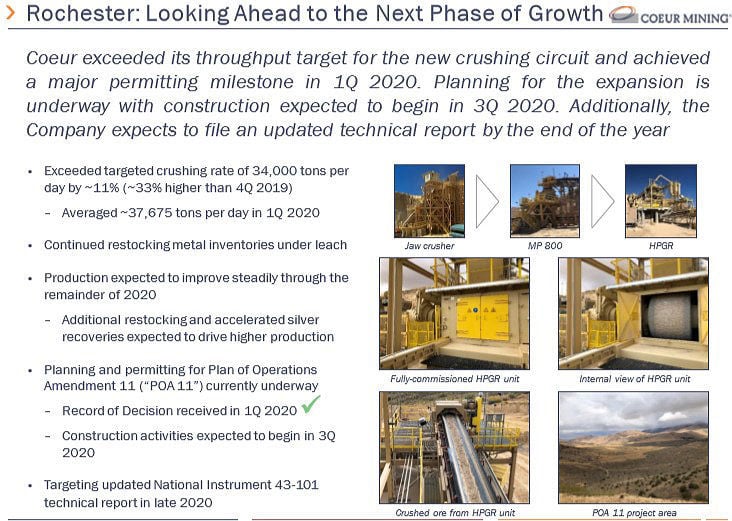 Coeur Mining Inc. posted a first-quarter loss of $11.9 million, or 5 cents per share, on revenue of $173.2 million, and the company reported work should be begin in the third quarter on expansion of the Rochester Mine in Nevada.

The Chicago-based company’s president and chief executive officer, Mitchell Krebs, said in the earnings report that first-quarter consolidated financial results “were in-line with our expectations.”

U.S. Bureau of Land Management issued a record of decision on March 30 approving the expansion project at Rochester near Lovelock in Pershing County that includes construction of a new leach pad, a new crushing facility equipped with a second high-pressure grinding roll unit and a new Merrill-Crowe process plant, as well as additional infrastructure to support the extension of Rochester’s mine life.

Coeur reported it is nearing completion of internal studies to support the expansion with the assistance of SNC-Lavalin, which has been selected to provide engineering, procurement services and overall project management services. Internal review of the business case supporting the expansion is expected to be completed in this quarter and work is scheduled to start in the third quarter.

Coeur processed 37,677 tons per day through the upgraded crusher at Rochester during the quarter ending March 31, 11 percent higher than the target, and the company reported that third-party metallurgical test work is to be conducted in the current quarter to boost understanding of silver recoveries utilizing the new crushing configuration.

During the COVID-19 pandemic, all three of the company’s U.S. operations, including Rochester, continued to operate, while the Palmarejo Mine in Mexico took steps to suspend active mining and processing because of the Mexican government’s decree to suspend non-essential businesses.

“Our top priority as we navigate the COVID-19 situation continues to be the health, safety and well-being of our workforce, their families and the communities where we operate,” said Krebs.

He said Coeur has “put stringent controls and procedures in place throughout the company,” and these efforts include controlling and limiting site access, screening employees and visitors, following social distancing and sanitizing protocols and mandating that all office employees work from home, as well as placing travel restrictions on employees.

Krebs said Coeur continues “to coordinate with federal, state and local officials, our suppliers, health providers and other mining companies to share best practices, provide assistance and support to local communities and ensure we are doing everything possible to mitigate the risks and potential impact of this global health crisis.

“We look forward to delivering on our key objectives during the remainder of the year in a constructive gold price environment and to navigating the near-term uncertainty related to COVID-19. We remain enthusiastic about the opportunities we are pursuing to deliver high-return growth over the coming years for our stockholders,” he said in the announcement.

The company reported that in Nevada it donated N95 masks to local emergency personnel and built and donated a structure in Lovelock for drive-through COVID-19 testing. Coeur also donated to the Nevada COVID Response, Relief and Recovery Task Force and initiated a community-led gift card effort.

Coeur also reported it began its largest exploration program in company history at its operations, drilling nearly 60 percent more footage than in the first quarter of 2019, with most of the activity at Palmarejo and at the Sterling Gold Project near Beatty in southern Nevada. The Nevada project is on 35,000 acres, where drilling is expected to continue through the year.

The company also reported exploration activities at the Wharf Mine in South Dakota will focus on the Richmond Hill exploration project roughly four miles north-northeast of Wharf. Coeur has an exclusive option agreement with Barrick Gold Corp. to acquire the project. The agreement expires in September 2021.

WINNEMUCCA – The Bureau of Land Management has released its final environmental statement on a proposal by Coeur Rochester Inc. to expand the …

The Rochester silver mine excelled among Coeur Mining Co.’s producing assets this for the third quarter, but overall, the company reported a l…

Rochester expansion to extend mine life

The Rochester Pit with the active Stage III heap leach pad in the distance at left in a 2015 photo.