Cortez Masto requested the hearing to talk about the royalty provision that the House Natural Resources Committee approved as part of the House’s $3.5 billion reconciliation bill, and she led bipartisan opposition to the royalty proposal.

She said the gross royalty would unfairly burden Nevada’s mining industry and impact the thousands of jobs mining supports.

The House effort to put a gross royalty on hardrock minerals is not the first. Proposals have appeared in Congress many times over the years, calling for changes to the 1872 mining law. Some have sought royalties as high as 12%.

The latest effort in the Natural Resources Budget Reconciliation Act proposes an 8% gross royalty on new mines, a 4% gross royalty on existing operations, and a 7-cent-per-ton tax on dirt and rock moved during the extraction process.

Cortez Masto said at the hearing that “moving this type of reform through a short-term budget process would create uncertainty for the industry,” and the proposal “would have an unfair, outsized impact” on Nevada.

“These jobs pay average wages of $94,000 – higher than any other industry in Nevada,” said Haddock, adding that most of the mining takes place on land managed by the U.S. Bureau of Land Management, so “dominant federal ownership makes the mining law more important to Nevada than any other state.”

Still, Haddock said “we recognize that the mining law is not perfect and that the law could be updated,” but any reform should be “consistent with the United States’ need for stable domestic supplies of critical minerals, including gold.”

He testified Barrick has supported changes in the law that could include a “reasonable prospective net royalty and an additional claim fee earmarked for reclamation and remediation of abandoned mine lands.”

Haddock’s testimony included explanation of the huge costs and many years it takes to bring mineral discoveries to mine production, stating that “if miners don’t find them, they will not be found.”

The Senate Energy and Natural Resources Committee chairman, Joe Manchin of West Virginia, questioned in the hearing why hardrock miners should pay no royalties on the value of the resources they extract from federal land while oil, gas and coal producers pay a royalty.

In the written testimony of Autumn Hanna, vice president of Taxpayers for Common Sense, she stated that the organization believes “public lands are taxpayer assets and should be managed in a way that preserves their value, ensures a fair return from private interests using them for profit and avoids future liability. The 1872 mining law fails by all these standards.”

She said that under the mining law, “valuable taxpayer lands and minerals are virtually given away to international mining conglomerates.”

Sen. Lisa Murkowski, R-Alaska, thanked Cortez Masto for seeking the hearing because the Senate committee “is where these conversations should happen. It should not be happening in a reconciliation bill on the House side or on any side, where you just kind of shove something in and hope to get it right.”

Cortez Masto will continue to “support Nevada’s vital mining industry and the thousands of jobs it supports across the State of Nevada. As she moves forward, she will work with a bipartisan group of her colleagues in the Senate and with stakeholders across Nevada to ensure mining legislation will work for our state and rural communities,” according to a statement from her office.

Another push for mining law reform

It’s the 150th anniversary of the Mining Law of 1872, and the fact that it’s an anniversary year may be adding to legislative momentum to push… 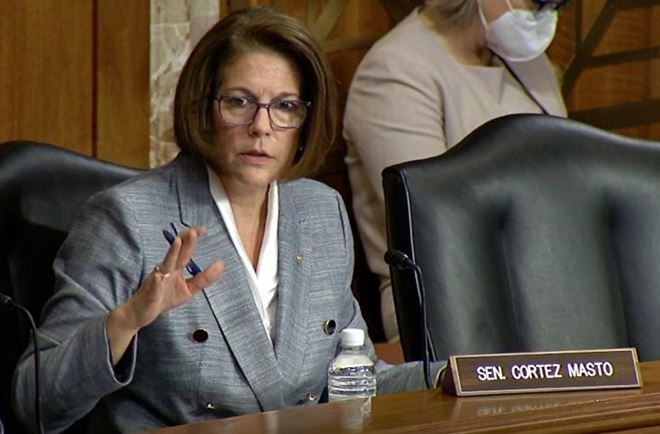 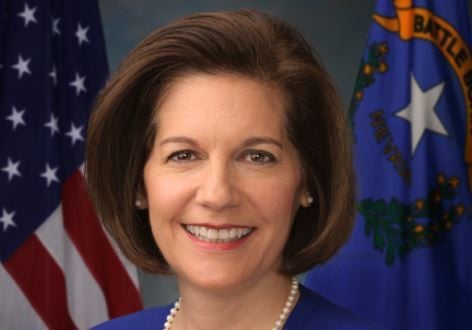