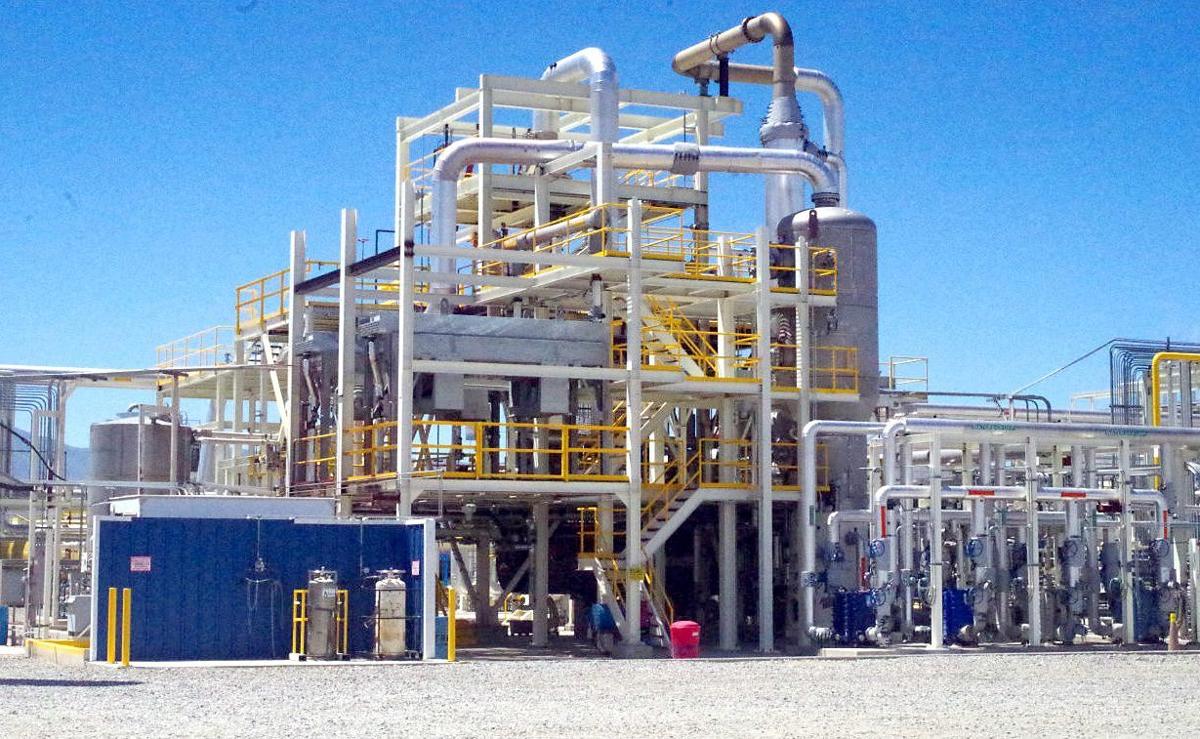 The P1 or PWest portion of Cyanco's sodium cyanide plant was original to the 1990 facility in Winnemucca. This photo was taken at the company's 25th anniversary celebration in 2015.

SUGAR LAND, Texas — This week Cyanco celebrated 30 years as a leading chemical supplier to the gold and silver mining industry.

“Thirty years ago, Alta Gold and MSI Group merged to create Cyanco, a company anchored by a single manufacturing line in Winnemucca,” he said. “At that time, Nevada’s gold and silver mining sector was on a steep growth curve, and Cyanco’s founders saw an opportunity to serve those mines with a new solution and unparalleled service.”

That “solution” turned out to be an actual solution — Cyanco’s critical mining reagent is delivered in a ready-to-use liquid form, off-loaded directly from tanker trucks into customers’ mine storage tanks.

“While our original model was exclusively based on tank-to-tank delivery of a solution product, the company has since grown into the world’s largest sodium cyanide supplier, at over four times its initial size,” Lefenfeld said.

“Because we now serve a diversity of mines across the globe in different geographies and with different operating models – we offer sodium cyanide in both solid and solution form, alongside a variety of shipment options,” he added.

Over the years, Cyanco has expanded to operate five independent production lines in two locations, including its original Nevada plant, which has since become a state-of-the-art, zero discharge facility capable of producing both solution and solid product. Founded in 2012, the company’s second plant is located outside of Houston, Texas, producing solid sodium cyanide exclusively.

As one of the founding members of the International Cyanide Management Code, chemical safety, detoxification, the elimination of packaging waste, safety training and strict regulatory compliance are important aspects of Cyanco’s business model.

“For 30 years, Cyanco has taken a full lifecycle view of our products: from ICMC-certified manufacturing and delivery to safe use and handling at the mine site,” Lefenfeld said. “We’re more than just a supplier to our customers. We also provide training, process technology and tools to help their businesses succeed.”

Cyanco said in a statement that it would like to thank its customers for the loyalty and support they have shown over the years.

“We’ve been proud to continue serving our customers, as well as joining them in COVID-19 relief efforts to help support our local communities. We will continue those efforts into the holidays by donating to local food banks in our hub locations. On behalf of Cyanco, its customers and industry partners, Christmas food baskets will be delivered in the western United States, Canada and Mexico to those hit hardest by the virus. It’s a great way to celebrate 30 successful years – and to wish our customers and communities a happy, healthy holiday season.”

US Gold opens office in Cheyenne

A gold exploration project in the southeastern corner of Cassia County wants to expand.

In February, Comstock secured the rights to a majority stake in LINICO Corp., a lithium-ion battery recycling company with a battery metal recycling facility in the Tahoe Reno Industrial Center

Barrick Gold Corp. President and Chief Executive Officer Mark Bristow continued to be optimistic about exploration in Nevada as the company on…

Coeur Mining Inc. announced adjusted net income for the fourth quarter of $19.1 million, or 8 cents per share, and net income from continuing …

2021 will be about finalizing changes “to take Florida Canyon to a larger production profile at lower operating costs.”

The P1 or PWest portion of Cyanco's sodium cyanide plant was original to the 1990 facility in Winnemucca. This photo was taken at the company's 25th anniversary celebration in 2015.