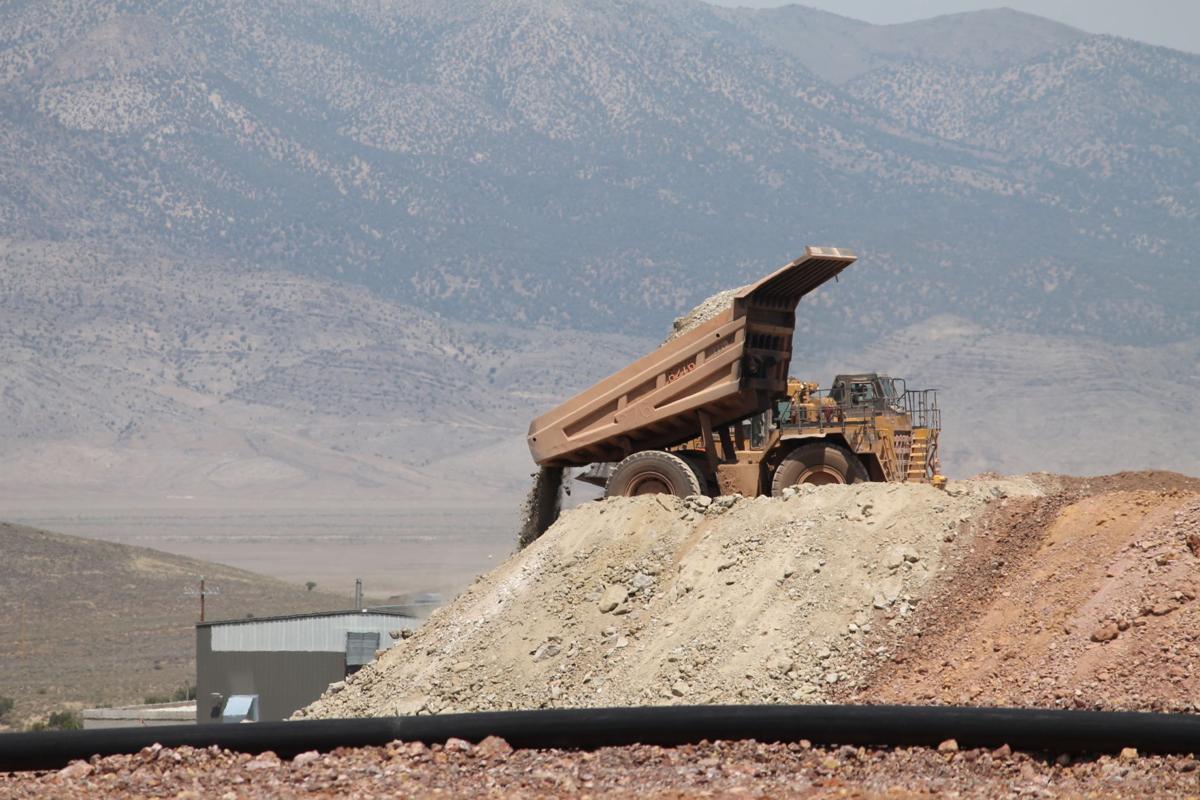 A driver tips the bed of a haul truck to dump ore onto the leach pad at the Fiore Gold Pan Mine in July 2018. The processing plant that uses a carbon-in-column system can be seen in the background and the leach pads in the foreground.

VANCOUVER – Fiore Gold Ltd. announced an increase in its gold reserves at the Pan Mine in Nevada, boosting mine life at the open pit operation in White Pine County.

The 6% increase puts proven and probable mineral reserves at 24 million tons a gold grade of 0.012 ounces per short ton or roughly 290,500 gold ounces and measured and indicated mineral resources are now at 31.1 million tons at 0.014 opt or 427,400 ounces of gold.

“Fiore’s exploration team has once again added reserves and extended mine life at the Pine Mine well into 2025,” said the company’s chief executive officer, Tim Warman.

“Our understanding of the geology and controls on mineralization at Pan has improved tremendously over the past three years, and the team was able to successfully target new areas of mineralization particularly around the North Pit, as well as identifying potential new areas, such as the Mustang target,” he said in the Dec. 8 announcement.

Warman said Fiore’s next drilling program to expand reserves and resources is already under way at Pan, “aimed at defining the resources that should see Pan continuing to operate for many years to come.”

The Canadian company also stated that gold prices have gone up significantly from the $1,250-per-ounce level used in the previous reserve and resource estimate in 2018, so the company used a gold price of $1,575 for the 2020 update.

Fiore is producing gold from Pan and has permits for developing the nearby Gold Rock Project. The company also has a project in Washington State called Golden Eagle.

VANCOUVER – Fiore Gold Ltd.’s Pan Mine in Nevada reached one million hours worked without a lost-time injury, the company announced.

A driver tips the bed of a haul truck to dump ore onto the leach pad at the Fiore Gold Pan Mine in July 2018. The processing plant that uses a carbon-in-column system can be seen in the background and the leach pads in the foreground.