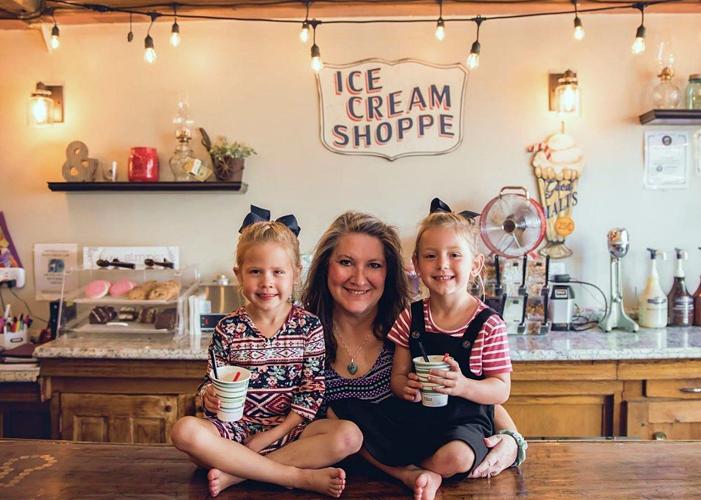 Sacha Olson with her granddaughters Ellie, left, and Haylee Christensen at Sacha's Pizza and Sugar Shack in Eureka. She received a loan from the I-80 Fund that was started by Nevada Gold Mines in 2020 during the COVID-19 pandemic. The creation of the I-80 Fund is one of the ways NGM has show its commitment to ESG principles. 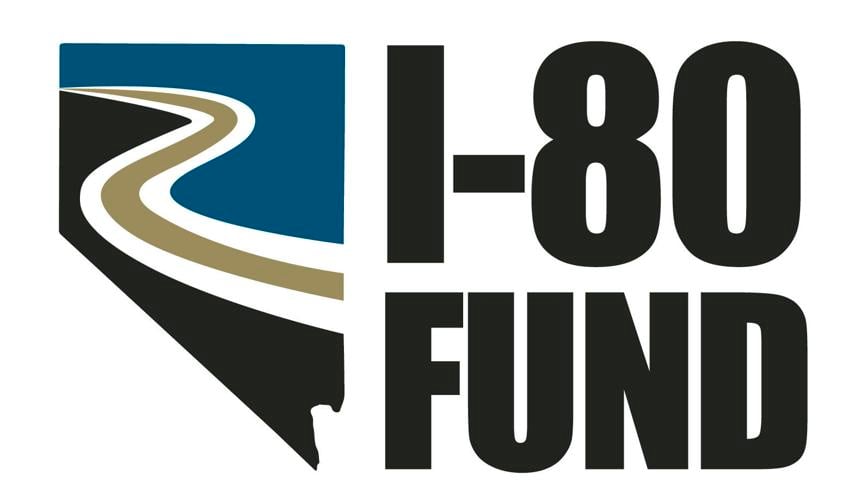 Nevada Gold Mines started the I-80 Fund during the worst of the COVID-19 pandemic to provide loans to small businesses hurt by the pandemic, but the revolving loan fund now covers business needs for any reason – not just COVID-19 impact.

“The I-80 Fund has been a great economic driver for the region, and we are fortunate to be able to partner with NGM to provide such a needed service,” said Mary Kerner, CEO of Rural Nevada Development Corp., which handles the fund.

NGM chose to partner with RNDC, and Alissa Wood, head of communications and corporate affairs for Nevada Gold Mines, said “we couldn’t speak more highly of RNDC.” She said the I-80 Fund has “absolutely been successful” and marked its one-year anniversary in July.

“We’ve had a great response in the first year,” Kerner said, reporting that RNDC approved 34 loans for a total of more than $3.8 million during the year through the I-80 Fund seeded with a $5 million contribution from NGM.

Kerner said the response was “greater than expected” for RNDC, but “we had never done disaster relief and recovery before.”

One of those receiving help from the I-80 Fund was Sacha Olson, who in late July changed the name of her restaurant in Eureka from Sacha’s Sugar Shack to Sacha’s Pizza and Sugar Shack. She said she was switching from sandwiches to pizza.

“My business was just getting on its feet when COVID-19 hit, and we were shut down. The loan from the I-80 Fund made it possible for me to keep my business. If not for this fund, I would’ve had to close my doors permanently,” she earlier told NGM.

Wood said NGM has six industry partners that provided a little more than $250,000 to help get the fund rolling. She said the fund remains open to more contributions, too.

Kerner said that with the NGM money and the additional contributions, the fund can now operate well into the future with loan payments coming back to the I-80 Fund to in turn support new loans. Since January, the fund covers any business need, such as start-up, expansion, debt refinance or equipment upgrades.

“It’s a great tool for the region,” she said in a phone interview.

The I-80 Fund is designated for the counties where NGM has a presence, including Elko, Eureka, Lander, and Humboldt. NGM is operated by Barrick Gold Corp., which owns 61.5% of the joint venture. Newmont Corp. holds 38.5%.

“They don’t have to be on the I-80 corridor,” Kerner said of potential loan applicants in the four counties.

Wood said the fund has supported businesses in the four counties, but predominately in Elko County so far, and there has been a variety of business types receiving loans.

Wood said RNDC has more flexibility in its lending criteria that traditional lending institutions, which is one reason NGM picked the nonprofit to manage the fund.

While Ely-based RNDC administers and follows the guidelines for the I-80 Fund, the nonprofit organization also provides other loan packages, and Kerner said her agency looks at every application carefully and determines which type of loan best fits.

The agency tries to determine “how can we help these people,” Kerner said. “We work hard behind the lines.”

She said RNDC has been “doing nontraditional lending in rural Nevada for almost 30 years,” and the agency has won awards for being creative and maintaining a less than 1% default rate. RNDC lent more than $13 million in the fiscal year ending June 30.

Housing programs include down payment assistance for first-time homebuyers, weatherization, and homeowner rehabilitation.Although the I-80 fund is limited to the counties where NGM has a presence, the development agency covers 15 rural Nevada counties, the rural parts of Clark and Washoe counties, and 27 Native American tribes in the state. Partners include the U.S. Economic Development Administration and Charles Schwab Bank.  

The year in mining

"We are lucky to be experiencing unprecedented growth in our business; however, this also adds to the challenge from a workface perspective.”

Sacha Olson with her granddaughters Ellie, left, and Haylee Christensen at Sacha's Pizza and Sugar Shack in Eureka. She received a loan from the I-80 Fund that was started by Nevada Gold Mines in 2020 during the COVID-19 pandemic. The creation of the I-80 Fund is one of the ways NGM has show its commitment to ESG principles.