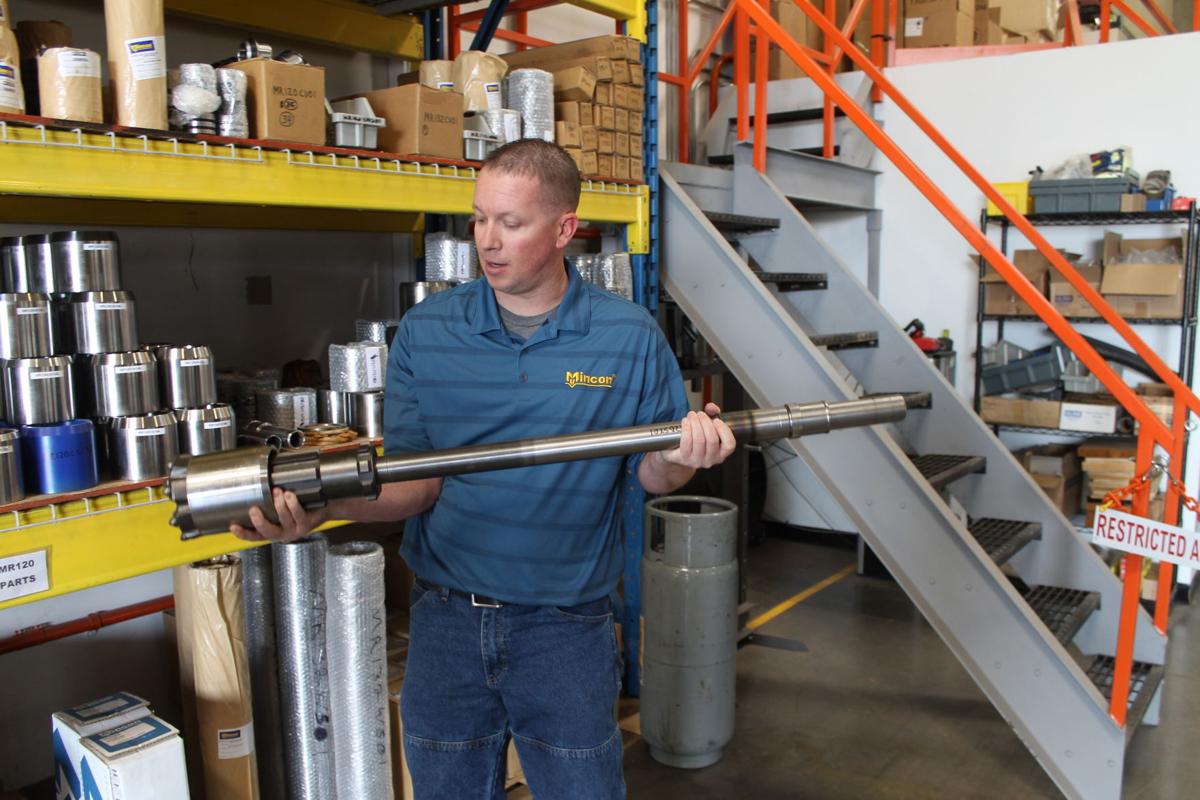 Justin Henry, Mincon Elko branch manager, shows how a metal shroud slides over a reverse circulation drill that is used in the mining industry. 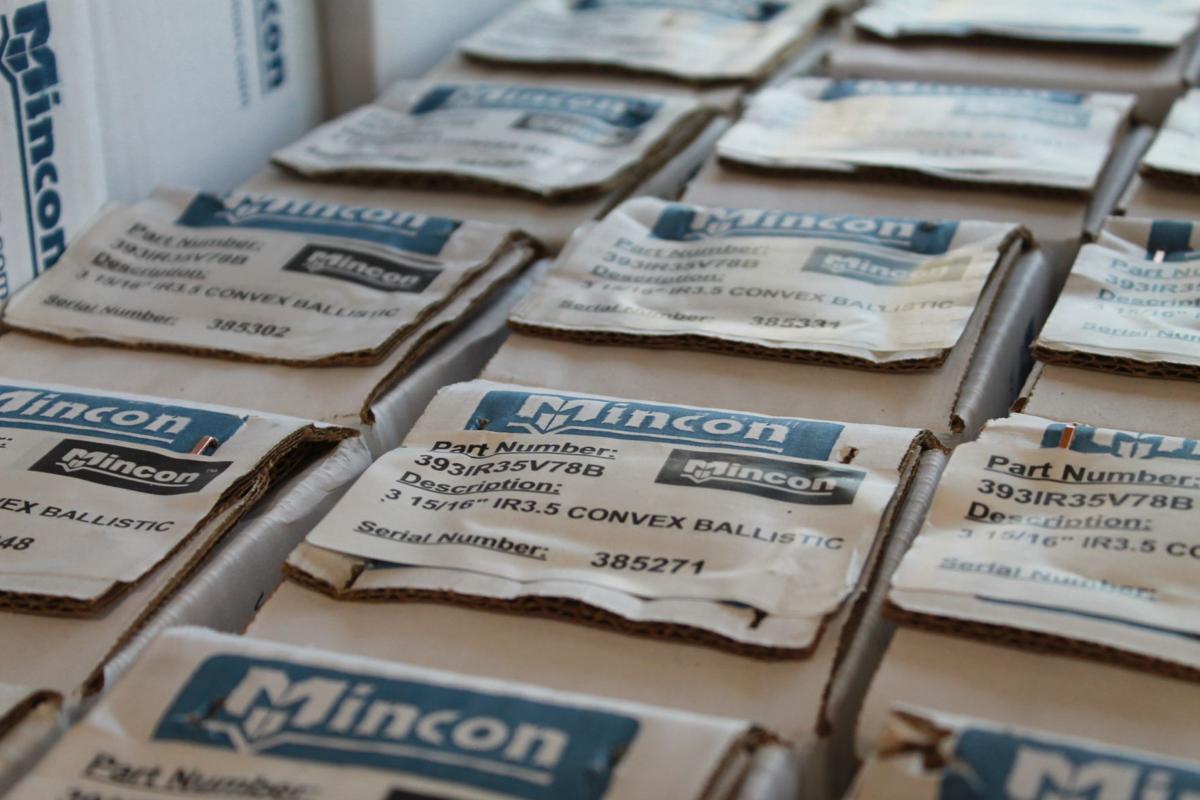 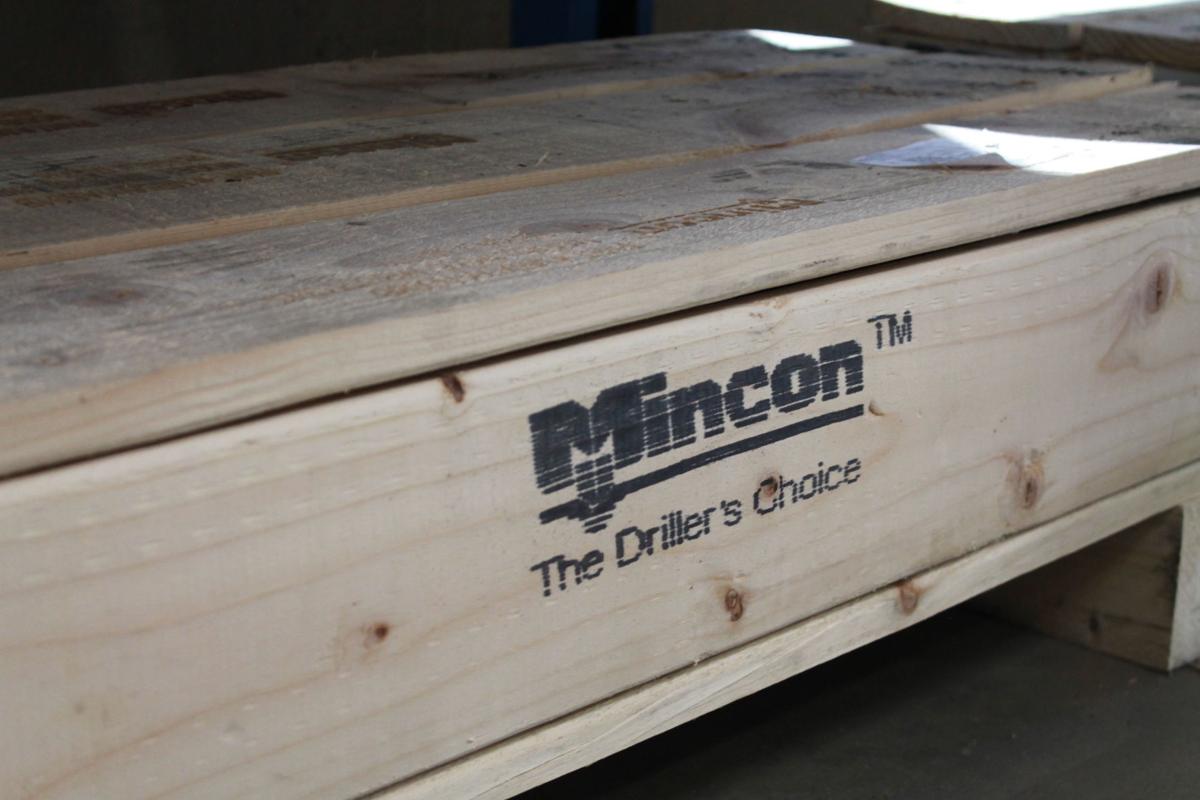 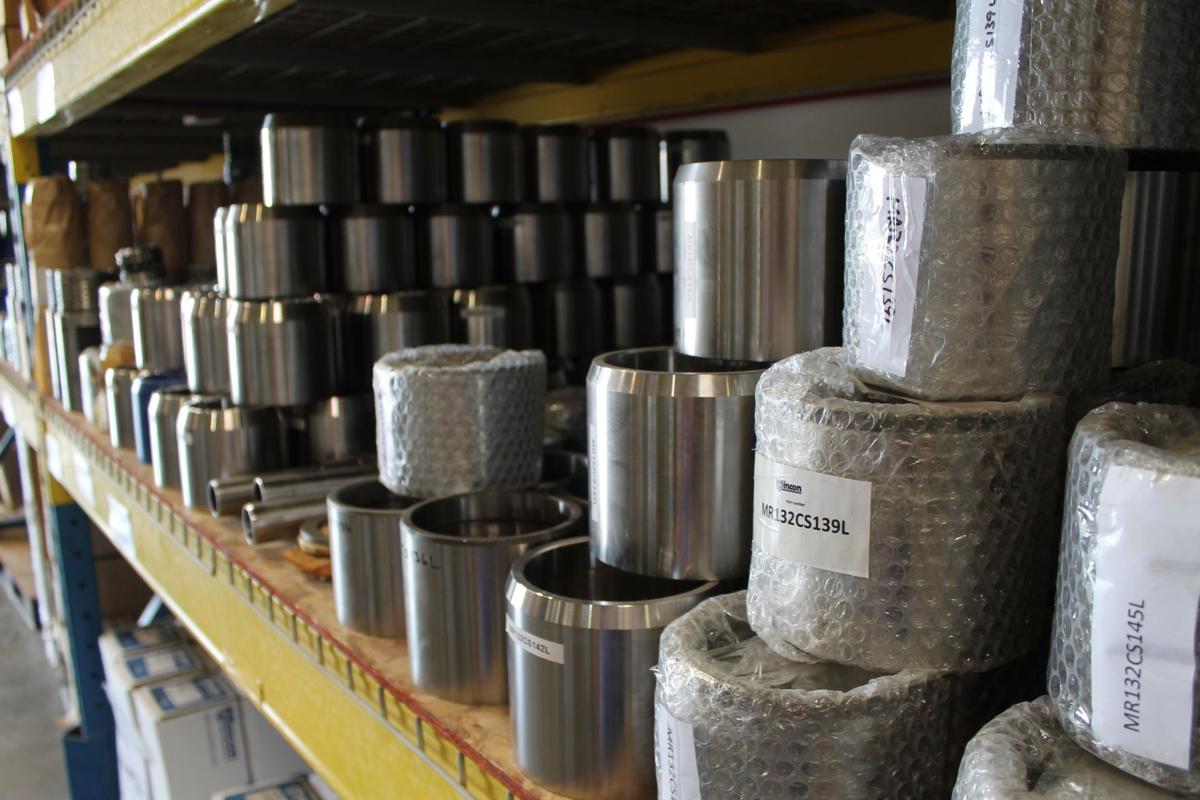 Chuck sleeves are among the products at Mincon Group’s Elko warehouse. 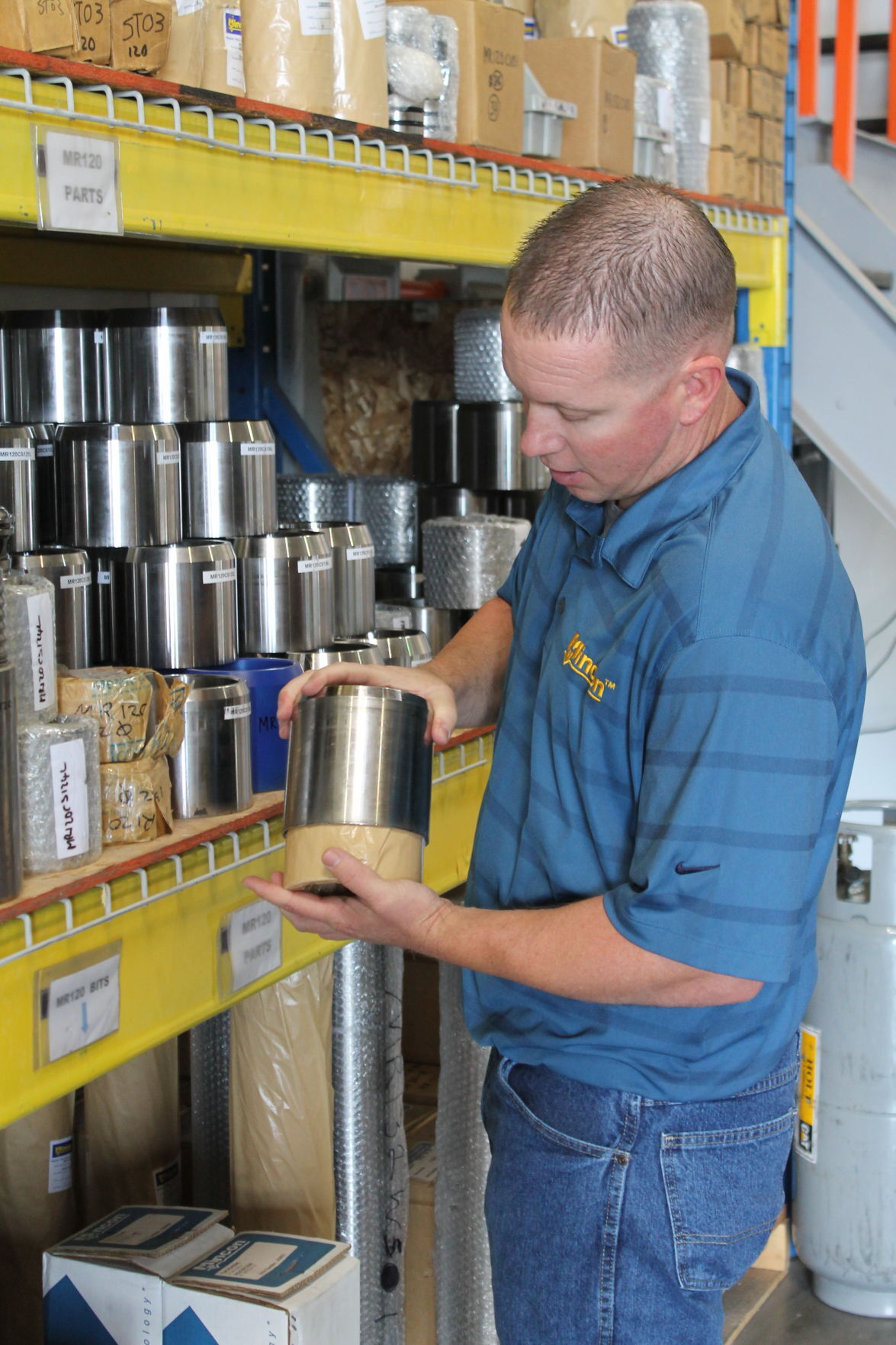 At a warehouse in Elko, branch manager Justin Henry for Mincon Group Inc. demonstrates how a metal shroud slides over a reverse circulation drill that is used in the mining industry.

The RC drill and chuck sleeve are among the products of Mincon, a global drilling business specializing in the design, development, manufacture and service of hard-rock drilling solutions.

Founded in 1977 in Shannon, Ireland, Mincon manufactures products in Ireland as well as Australia, Canada, Finland, Sweden, South Africa, the U.K. and U.S.A.

The U.S. headquarters is in Virginia, and the company has service centers worldwide, including in Elko to serve northeastern Nevada’s mines.

The Elko facility opened on West Main Street in 2020. Mincon’s Nevada base was previously in Sparks. Henry, who has been with Mincon for about five years, relocated with the business to Elko.

Mincon “takes care of their employees and everyone tends to work together really well,” Henry said. “We get a lot of good feedback about our products running well.”

The company brought Clay Gremel onboard about two years ago as an account manager for the western region to sell directly to the mining industry it operated in the U.S. through a dealer network. Direct sales allows Mincon to save on costs and offer lower pricing, Gremel said.

“We moved everything to Elko because that’s where everything happens,” Gremel said.

At the Elko Mining Expo this June, Mincon displayed the wide scale of their products including a 3-inch drill and a 5-foot drill.

Hammers and drills rank among Mincon’s top-selling products in the Elko area. Fluids and rock-drill foam are also in high demand in this region.

Gremel said he is especially pleased with the performance of Mincon’s products for mine exploration, in addition to production drilling, whether underground or on the surface.

Small Mine Development is Mincon’s No. 1 Nevada customer, Gremel said, pointing out an entire section of shelving loaded with products for the underground mining contractor.

“They keep us fed with the parts we need when we need them,” said John Featherston, SMD senior engineer, who added that he often calls Gremel for information and guidance about products.

Mincon serves other Nevada mining companies and aims to expand as a vendor for major operators. Elko service center team members, including product support representative Charles Boyd and warehouse worker Frank Lauretta, are focused mainly on Nevada, but they also have traveled to Colorado, Wyoming and Utah.

Over the years, Mincon has purchased additional companies around the world so they can “handle everything on drilling, the complete drill stream,” Gremel said.

Mincon hopes the modular systems will allow “new customers to affordably enter the rock-drilling industry and benefit from the performance and efficiency of our class-leading solutions,” said Joe Purcell, Mincon CEO in a July 6 press release.

Because Mincon focuses on drilling consumables, the company can quickly respond to customer requests for product modifications or new items.

“Their engineers were pretty sharp in how they put them together,” Gremel said. “I’ve been really impressed with how quickly they can turn that around.”

The Elko warehouse allows Mincon to keep an inventory based on customer demand, along with supplies for repair.

“We really expect to outgrow this space,” Gremel said.  

Justin Henry, Mincon Elko branch manager, shows how a metal shroud slides over a reverse circulation drill that is used in the mining industry.

Chuck sleeves are among the products at Mincon Group’s Elko warehouse.