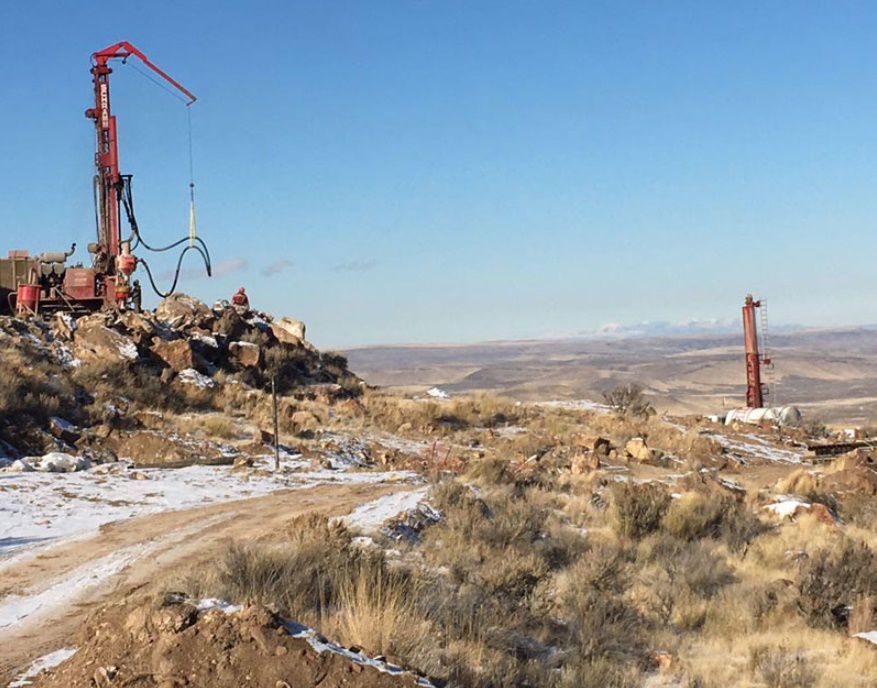 This mine site photo is on Paramount Gold Nevada's web page about its Grassy Mountain gold mine project.

WINNEMUCCA — Paramount Gold Nevada Corp. announced Dec. 22 that it has submitted a modified Consolidated Permit Application (CPA) with the State of Oregon seeking approval to construct and operate its proposed high-grade gold mine in eastern Oregon. The Grassy Mountain gold mine is about 70 miles west of Boise, Idaho. The project site is about 8,200 acres.

Paramount CEO Rachel Goldman said, “We have a high degree of confidence that the rigorous review and subsequent modifications will result in the CPA achieving administrative completeness, which will mark a first in the state of Oregon for a proposed modern mine. With the submission of the revised CPA, the prospect of receiving permits and advancing Grassy towards production will represent a historic moment for the communities of eastern Oregon and for the state.”

If the Grassy Mountain gold mine project proceeds, it will be the first modern mine in the state of Oregon, according to Paramount. The company said its feasibility study indicates the mine will be a highly profitable operation with a quick initial payback, producing an estimated 362,000 ounces of gold and 425,000 ounces of silver during an eight-year mine life. The estimated gold and silver recoveries average 92.8% and 73.5%, respectively.

The Frost Project is 896 acres about 12 miles west of Grassy Mountain.

This historic Sleeper Mine is about 25 miles northwest of Winnemucca. Paramount’s Sleeper Gold Project holdings are about 38,300 acres. Paramount announced in November that the company has initiated a reverse circulation drill program to test several exploration targets identified by their team and mine development associates in a joint evaluation designed to bring the Sleeper Mine back into production.

In August 2021 Paramount completed the acquisition of the Bald Peak project in the Aurora mining district in Mineral County, Nevada. The project site is about 2,260 acres.

WINNEMUCCA—Paramount Gold Nevada Corp. recently released the results of the feasibility study for its Grassy Mountain Gold Project in eastern …

WINNEMUCCA — Paramount Gold Nevada Corp. announced Thursday that it has entered into a royalty agreement with Franco-Nevada Corporation to sel…

This mine site photo is on Paramount Gold Nevada's web page about its Grassy Mountain gold mine project.