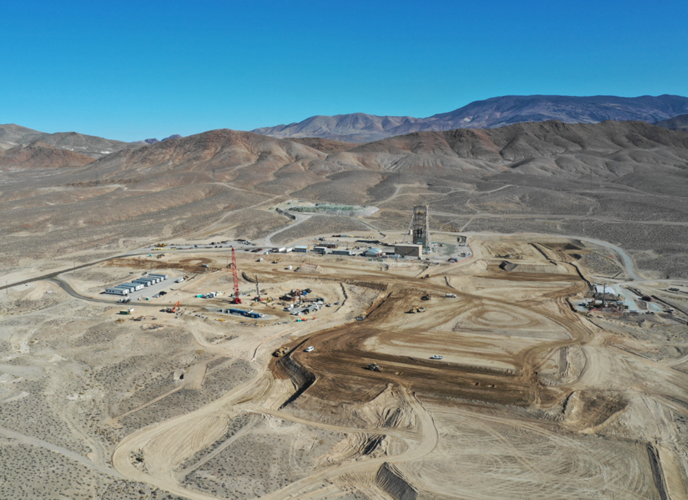 The financing package is expected to provide up to $123 million of liquidity to Nevada Coper to support the restart.

An Oct. 6 update from Nevada Copper said the company had achieved a major milestone by substantially completing a second, critical dike crossing to access the larger stopes in the higher-grade East North Zone.

The company also said a number of highly qualified contractors had expressed interest in becoming the new mining contractor for underground mine development at Pumpkin Hollow.

Nevada Copper also said on Oct. 6 that a potential investor might provide funding which would result in a change of control of the company, but later said that this change of control proposal is not expected to proceed.

Updates from Nevada Copper outline details of the financing package, which includes $40 million in equity investments from Pala, Nevada Copper’s largest shareholder, and Mercuria, a significant shareholder of the company; and $30 million in stream and royalty financing from Triple Flag Precious Metals Corp. Also, Nevada Copper’s senior credit facility with KfW IPEX-Bank GmbH is expected to be amended to provide for a new tranche of up to $25 million, of which Pala, Triple Flag and Mercuria would commit the first $15 million as a backstop.

Nevada Copper said it intends to use the available new cash proceeds of about $87.5 million from the restart financing package to fund ramp-up costs – including about $15.9 million in capital expenditures and $35.9 million in operating costs – along with about $24.5 million in vendor payments and $4 million for general corporate purposes, such as overhead.

The company expects the total costs of the restart and ramp-up process to be between $70 million and $75 million. In addition, the company needs to satisfy or defer outstanding vendor payables. Together these costs and payables are expected to exceed the amount of the new cash proceeds of the financing package, so Nevada Copper is continuing to evaluate other additional financing options, including a public offering.

Nevada Copper also announced on Oct. 28 that Randy Buffington, who has been the company’s president and chief executive officer since October 2021, has been appointed to the Nevada Copper board of directors effective Nov. 1, 2022.

“In addition, the board expects to embark on a board renewal process to ensure the optimal balance of skills, experience and attributes are represented at the board level as required in the context of the company’s business priorities,” the announcement said.

Nevada Copper said that if it is not able to put together the necessary financing, it “will not be able to continue carrying on business in the ordinary course and may need to pursue proceedings for creditor protection.

Nevada Copper back in production

Nevada Copper Corp. is on track toward full copper production from the Pumpkin Hollow Mine at Yerington after a COVID-19 hiatus for company em…

Nevada Copper to mine with core values

A steel headframe amplified the rumble of explosions under the salt desert scrub hills southeast of Yerington this summer. The blasts, dischar…

Underground construction will begin at Nevada Copper Corp.’s Pumpkin Hollow project after the company announced Aug. 28 its decision to proceed.