When I think of Nevada, my first thoughts are about resiliency and perseverance. Through challenging times and economic struggles, the state has always responded by putting its Battle Born name to the test and fighting back. Even in the bad times, Nevada always finds a way to overcome and reinvent itself. It’s why the Nevada of today is considered both the entertainment capital of the world and the world’s premier mining jurisdiction.

Much like Nevada’s gaming industry, the state’s original STEM industry has changed over the years. Both have been guided by creative thinkers and new technologies that have made them what they are today. Modern mining has evolved into a highly technical, highly skilled industry that produces over 20 minerals essential to daily life. In that same essence, the mining of today, tomorrow, and beyond is poised to become the leader of America’s domestic energy future and spur the transition towards renewables. While social media and television pundits offer wide ranging opinions about the future of energy, one thing is clear for the future of Nevada and its mining industry: green is good.

Whenever renewable energy comes up, lithium is always close behind, and for good reason: lithium-powered batteries are essential in the production of electric vehicles that will help reduce carbon emissions. Nevada is currently home to the only operating lithium mine in the United States, with additional projects like Lithium America’s Thacker Pass and ioneer’s Rhyolite Ridge close to shovel readiness. In addition to those operations, there are currently another 15,500 claims across the state related to lithium. As the U.S. looks to significantly increase electric vehicle production by 2030, the solution to the nation’s basic mineral needs can be met by Nevada.

But lithium alone is not the solution. I frequently say, talking about lithium without discussing other base metals is like talking about a peanut butter and jelly sandwich without acknowledging it requires bread. Electric vehicles require twice as much copper as traditional vehicles. Solar panels require large quantities of silver and silica. Nearly every device conducting electricity requires gold to prevent rusting. Not to mention the grid that will support the green revolution is comprised of mined minerals. Thus, there is a need for Nevada to continue mining the base minerals in addition to lithium.

But why is it important that these materials come from Nevada? Simple: Nevada-produced minerals support Nevadans. Citizens benefit from high paying careers, both in rural and urban areas of the state. Those mining careers spur more economic activity. Jobs in Winnemucca means more money being spent at local restaurants and hotels. It keeps small businesses open in Battle Mountain and Ely, while attracting new supply chain companies to Reno and Las Vegas. It means more tax revenue for county and state governments, not to mention Nevada’s schools.

Domestic mining also secures energy independence. As anyone who has looked at gas prices in the last six months can tell you, conflicts happening on the other side of the world can have a direct impact on family budgets at home. Relying on adversarial nations to meet our energy needs has proven to be unsustainable. As we look towards building our renewable energy future, it is imperative we make our first priority ensuring that not only do we build renewable technologies like electric vehicles, solar panels, and wind turbines in America, but that the supply chain extends all the way to where we source our raw materials from. U.S. made must mean U.S. mined.

If our nation’s leaders are truly prepared for energy independence, then it must start at home. Renewable energy is an opportunity for Nevada to create more high-quality mining jobs, support Nevada’s economy and tax structure, and to once and for all secure American energy independence.  

Tyre Gray is president of the Nevada Mining Association

A great career provides more than paycheck. It offers a sense of purpose, the chance to grow, and an opportunity to develop lifelong relations…

There’s something funny about a misconception. Once established, even with evidence to the contrary, they can be hard to dispel. Yet, that doe…

The Nevada Mining Association (NVMA) serves as the united voice of the state’s mining industry and its 600+ member companies. Whether a gold m…

NVMA and Mobil to host “Mining into Future” in Winnemucca

On Nov. 3, Mobil and the Nevada Mining Association will host the first ever “Mining into the Future” event from 10 a.m. to 4 p.m. at the Winne…

Mining into the Future: Symposium looks at how to navigate opportunities and challenges

“I think we were able to assemble a very interesting mix of speakers who were able to hit some of those key areas that we wanted to focus on.” 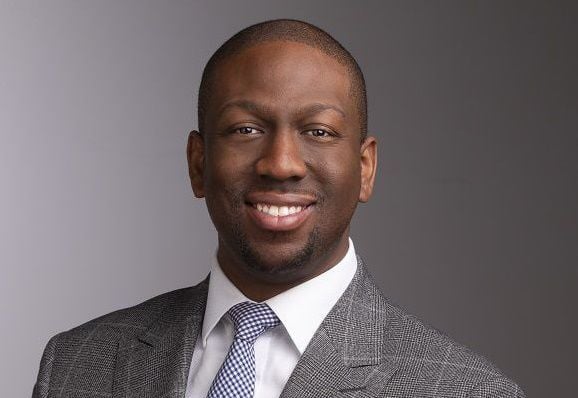