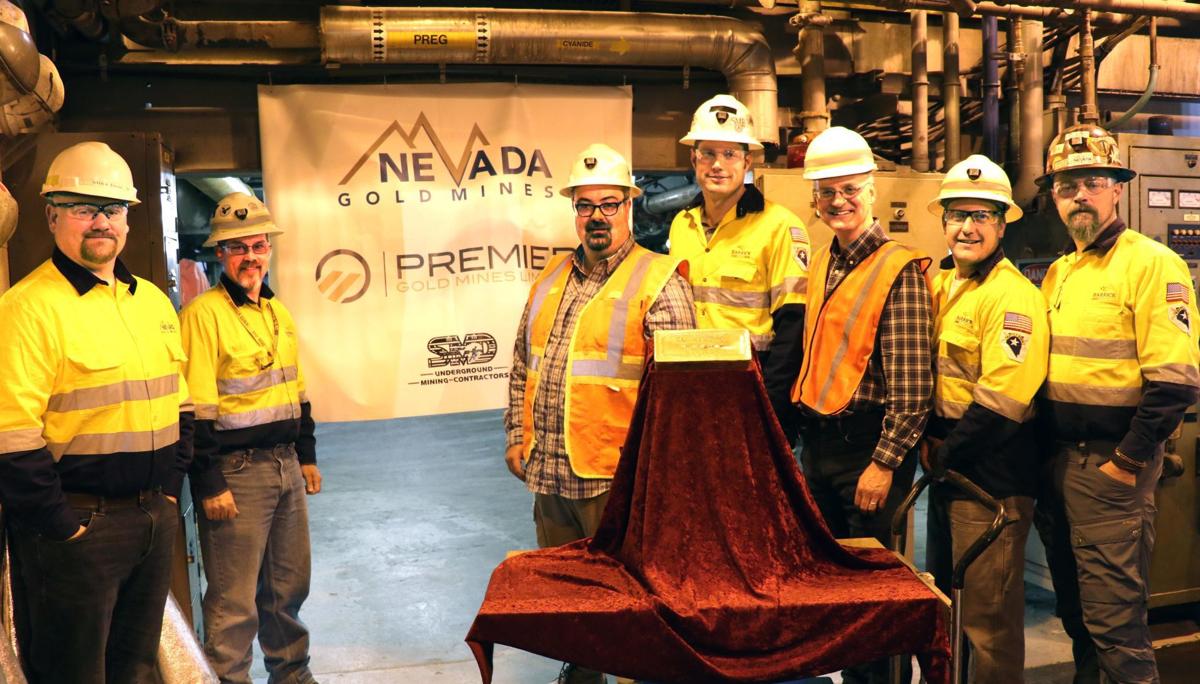 Premier Gold Mines Ltd., which is exploring in Nevada and is a partner in the South Arturo Mine on the Carlin Trend, reported a net loss of $11.9 million, or 9 cents per share, in the first quarter and revenue of $22.7 million, up from $23.1 million in the 2019 quarter.

Gold production rose with the help of the El Niño underground operations at the South Arturo Mine operated by Nevada Gold Mines, the company reported. Premier owns 40 percent of South Arturo.

“El Niño produced strong cash flow during Q1 and will do so for the remainder of the year,” Premier President and Chief Executive Officer Ewan Downie stated in the earnings report.

Proceeds of the pre-production ounces is being recorded as a reduction in the cost of development during the period in which it is sold, according to the earnings report.

Nevada Gold Mines and Premier are assessing additional opportunities at South Arturo, including the Phase I and Phase 3 surface mine projects and the potential for an on-site heap leach facility.

Downie also said that the Mercedes Mine in Mexico was put on care and maintenance because of COVID-19 restrictions, but when it ramps back up “we will implement further initiatives to reduce costs, improve grade and maximize the profitability of the operation.”

Premier, based in Thunder Bay, Ontario, also announced in May the start of the 2020 exploration drill program at its 100% owned McCoy-Cove project along the Battle Mountain Trend and south of the town of Battle Mountain. The exploration will focus on priority targets near the Cove deposit.

“With grades in excess of 11.0 g/t Au, the Cove deposit is one of the highest-grade undeveloped gold deposits in the United States with resources over 1 million ounces,” Downie said in the exploration announcement. “We see the potential for further discoveries on the large land package that has seen historic production of more than 3.3 million ounces of gold and 100 million ounces of silver.”

Exploration on the grounds surrounding the main deposit completed in 2019 resulted in the discovery of several new structures that have yet to be drill-tested. One primary target is Davenport, which may host a system with a similarity to the historic McCoy Mine to the south and the Fortitude Mine to the north, according to Premier.

Large diameter wells were drilled for the purpose of modeling water flow for a hydrology study and to develop a water plan that will be required prior to underground development, the company noted, and additional metallurgical work is underway to assess procession options for the potential underground mine.

A gold pour is an impressive sight. The liquid gold, glowing brightly as it flows out of the furnace, is quite beautiful. And it’s very hot – …