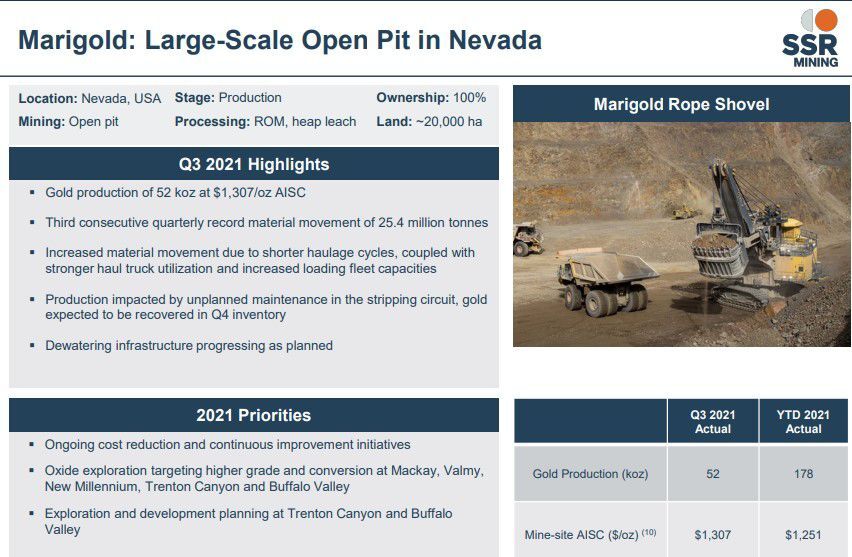 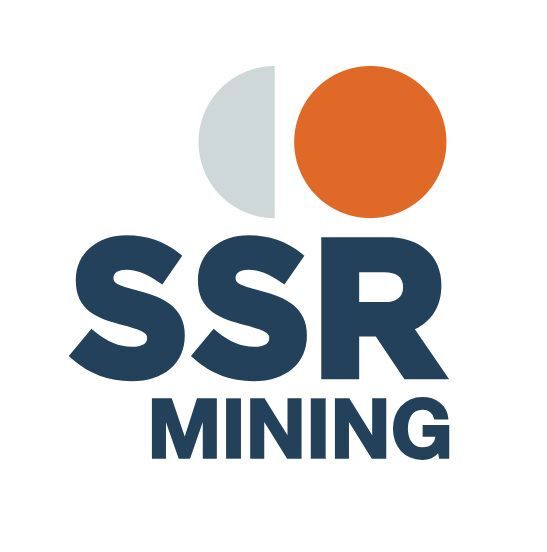 Rod Antal, president and chief executive officer of SSR Mining, said that “the third quarter of 2021 again demonstrated the strong operational and financial results synonymous with SSR Mining,” and he said that “operationally, we delivered records across the portfolio.”

Earnings of 40 cents per share on the adjusted net income beat Wall Street estimates of 32 cents per share for the company that combined in an all-share merger with Alacer Gold in the third quarter of last year.

The company also declared a dividend of 5 cents per share.

In Nevada, the Marigold Mine at Valmy produced 52,049 ounces of gold in the quarter as the mine moved a record 25.4 million metric tons of material, due to shorter haulage cycles and increased loading fleet capacity, according to the earnings report.

Total exploration expenditures at Marigold in 2021 are estimated at $18 million, targeting oxide mineral resource additions and conversion at Mackay, Valmy, New Millennium, and Trenton Canyon, all part of the Marigold Mine.

The company also stated that a district master plan technical report is expected to be completed in 2022 for the Marigold Mine.

The Copler Mine in Turkey produced 82,975 ounces of gold in the third quarter at an AISC of $714 per ounce, and the company reported that the updated environmental impact assessment for the mine, including a flotation circuit, has been approved in the current quarter.

The Seabee operations in Saskatchewan produced 22,589 ounces of gold at an AISC of $898 per ounce, and the Puna Mine in Argentina produced 2.2 million ounces of silver at an AISC cost of $12.32 per ounce, the earnings report states, also mentioning that year-to-date production of 6 million silver ounces at Puna was a record for the period.

SSR Mining also reported that the company entered into a definitive agreement during the third quarter to sell a portfolio of royalty interests and deferred payments to EMX Royalty Corp. for $100 million, including $33 million in cash, $32.5 million in EMX shares and $34 million in deferred payments as milestones are met.

The transaction with EMX closed on Oct. 21.

SSR Mining additionally announced that the company bought back more than 4.8 million shares at an average price of $16.20 per share in the third quarter in a program to boost capital for shareholders that totaled nearly $150 million from April 19 to Sept. 30.