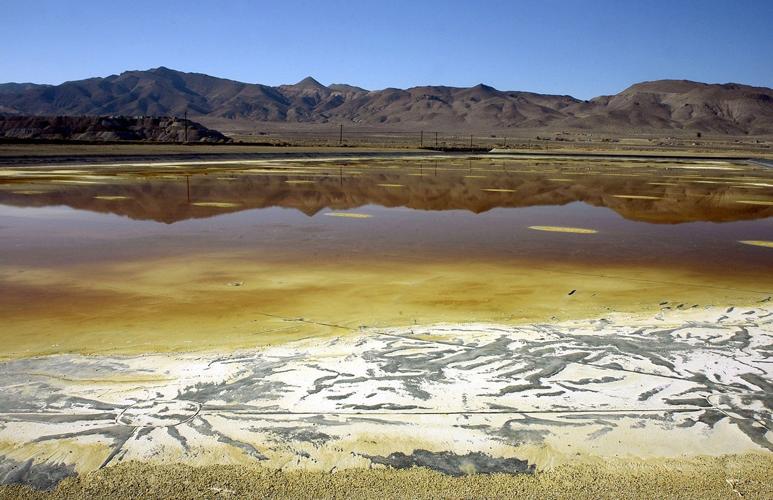 An evaporation pond holds contaminated fluid and sediment Nov. 30, 2004, at the former Anaconda copper mine near Yerington. 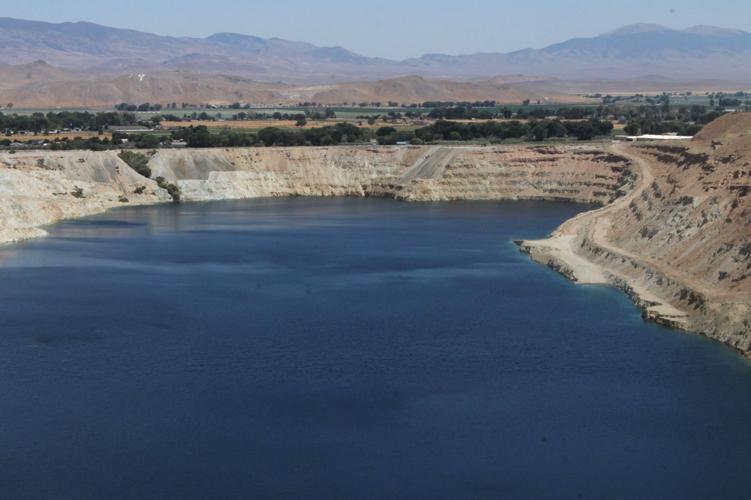 Above Yerington, a mile-long open pit remains at the defunct Anaconda Copper Mine as shown in this 2017 file photo.

If granted, the site would not receive funds from the federal Superfund program – responsible for cleaning up contaminated U.S. lands – and the state of Nevada would take responsibility for the cleanup process.

The NDEP and Atlantic Richfield Co., the responsible party, are negotiating terms to assure a plan for funding and the implementation of a remedy, as well as investigations and studies, the July 31 letter states.

“NDEP and ARC have made considerable progress in negotiating such an agreement,” the division wrote.

Earlier this year, the EPA outlined the criteria required to make a determination about deferment, and the NDEP plan addresses the key points: assure that the remedial investigation, feasibility study and remedy are similar to a Superfund response; that enforcement mechanisms are in place; that Natural Resource Trustees’ rights are preserved; and tribal involvement is supported.

The request comes after meetings with affected and concerned parties, including representatives from Paiute tribes, City of Yerington, Lyon County and the Great Basin Resource Watch.

The GBRW raised four issues to address in the final deferment process: improve the public engagement process; have the state enforce full cleanup; maintain a commitment to aquifer restoration; and redraft a “realistic” site completion schedule, according to a GBRW press release.

“In a good recent meeting, staff from the NDEP acknowledged our concerns, and we look forward to seeing the commitments to groundwater cleanup, mine closure, community engagement, and revisiting of work plans and schedules materialize in agreement documents,” said John Hadder, GBRW director.

After two additional stakeholder meetings focused on the deferral process and concerns, “NDEP believes that it has adequately addressed all significant and valid concerns raised by community with respect to deferral,” the agency wrote.

The more than 3,400-acre Anaconda Copper Mine site is in Mason Valley near Yerington. Operations began in 1918 after the discovery of copper, the EPA reports. Companies involved include Anaconda Co. from 1952 to1978; and Atlantic Richfield Co. to 1982; and Arimetco Inc. starting in 1988. Arimetco Inc. went bankrupt in 1997 and abandoned the site in 2000.

The mine is already a Superfund site, which has allowed for federal investigations and removal actions since 2005, according to the EPA.

Safety award winners, a landmark donation, abandoned mine lands, a Superfund site and a celebration of pouring 150 million ounces of gold head…

Citing an unnecessary burden on the mining industry, Nevada’s elected officials asked the Environmental Protection Agency to eliminate a propo…

Anaconda Copper Mine: An uncertain future

The Anaconda Copper Mine sits about three miles from the city of Yerington, and on a warm day in early September, the once-active mining site …

An evaporation pond holds contaminated fluid and sediment Nov. 30, 2004, at the former Anaconda copper mine near Yerington.

Above Yerington, a mile-long open pit remains at the defunct Anaconda Copper Mine as shown in this 2017 file photo.