Horace Greeley hated the Humboldt River. He passed through our area in 1859 while writing a series of dispatches for an eastern newspaper. You probably remember Mr. Greeley for his famous quotation: “Go West, young man, and grow up with the country.”

He traversed Nevada in a stagecoach, crossing the Ruby Mountains at Overland Pass. He first saw the Humboldt at Gravelly Ford, near today’s Beowawe.

The emigrants on their way to the California gold fields would have agreed with him. As their wagons rolled beside the river from Wells to Gravelly Ford, the Humboldt behaved as they felt it should. As side streams added water, the river grew in width. But farther downstream, they became disgusted with a river that shrank in size as it advanced. They did not appreciate a river that pooled and sank into the ground at the Humboldt Sink, leaving them a 40-mile walk to the next water at the Truckee River.

The Humboldt and all Great Basin rivers still receive negative comments. People regard them as inferior streams, since they cannot find their way to the ocean. They simply curl up and die in sinks. What is wrong with these streams?

The Great Basin was named for its streams that flow inward, rather than out. The term describes an area including most of Nevada, along with parts of Idaho, Utah, California and Oregon. The Great Basin is edged on the east by the Wasatch Range and on the west by the Sierra Nevada, with Elko close to its center. North to south, Elko is close to its northern edge, since the streams flowing past Tuscarora and Wildhorse drain to the Pacific Ocean, not into the Humboldt.

I am going to give a brief explanation of these Great Basin streams, while leaving out most of the geologic details. Basically, the Great Basin exists because this part of the earth’s surface is being pulled apart. Around 20 million years ago, this area was a gentle dome with an average elevation of about 9,800 feet. Since then, this land has been stretched from east to west, a stretch that continues today at about a half inch each year. Twenty million years ago, the spots on the earth’s surface now containing Reno and Salt Lake City, were then about 250 miles apart. These cities are now separated by double that distance.

This stretching produced fractures in the earth’s crust. Long, parallel cracks ran north-south, or actually, a little east of north. The cracks allowed huge blocks of crustal rock to slowly slide and move. Some blocks rose relative to their companions, to form mountain ranges, while others sank to form valleys. The rising blocks rose only about 1,000 feet or so, to about 10,000 or 11,000-feet elevation. The valleys dropped significantly, 4,000-7,600-feet below the nearby mountain peaks.

This created a modern landscape covered with a series of long, narrow mountain ranges separated by wide, flat valleys. Because of the original dome shape, the central valleys are higher than those along the edges. Reno and Salt Lake City’s elevations are about 4,500 feet, compared to Elko’s 5,100 feet.

Streams originating in the center of this domed landscape tend to flow outward and pool near the basin edges, blocked by mountain ranges. These are joined by streams flowing out of the Wasatch Range and the Sierra Nevada to also pool along the edges, rivers like the Bear, Truckee and Walker. Two huge lakes formed during the Ice Ages, Lake Bonneville and Lake Lahonton, both pooling at the edges of this basin.

So what is wrong with Great Basin streams? They are too young. In geological time, 20 million years is scarcely more than the blink of an eye. These new mountains and valleys destroyed all ancient drainage patterns and new patterns have not yet developed.

The entire Great Basin is temporary. In a few more million years, the inward-flowing basin will be considerably smaller. Outside streams will slowly move in and capture more land. The Colorado and Virgin rivers in the south, along with the Snake, Owyhee and Bruneau in the north, will slowly invade the Great Basin and remove more water through their well-developed drainage patterns. Given enough time, the Great Basin will cease to exist.

Therefore, Mr. Greeley was wrong to call the Humboldt “the meanest river ... on earth.” He just happened to pass through at a bad time.

The entire Great Basin is temporary. In a few more million years, the inward-flowing basin will be considerably smaller.

Residents of Elko County know the wildlife that thrive in its high, cold desert ecosystem. Our most exotic predator is the mountain lion, foll…

The temperature was 18 degrees as I walked my two terriers through sagebrush near my home. They were running ahead of me as a jackrabbit jumpe…

A plan has been created to make changes at the National Elk Refuge. Basically, it is a step-down plan since it calls for gradual changes resul…

Researchers in Yellowstone National Park have found bison are capable of changing their landscape through massed grazing. Bison seasonal migra…

Most people enjoy quaking aspen groves. The distinctive white bark of this iconic tree is so different than other native trees, it is hard not…

Nature Notes: A conversation about trees

A friend and I were having breakfast at the Coffee Mug, and on this particular morning, the conversation turned to trees. Gerry Miller is a lo…

Nature Notes: The bird with a squeaky hinge

You think of spring as a time of melodious bird songs, with songs from house finches and robins. There is another bird, the yellow-headed blac… 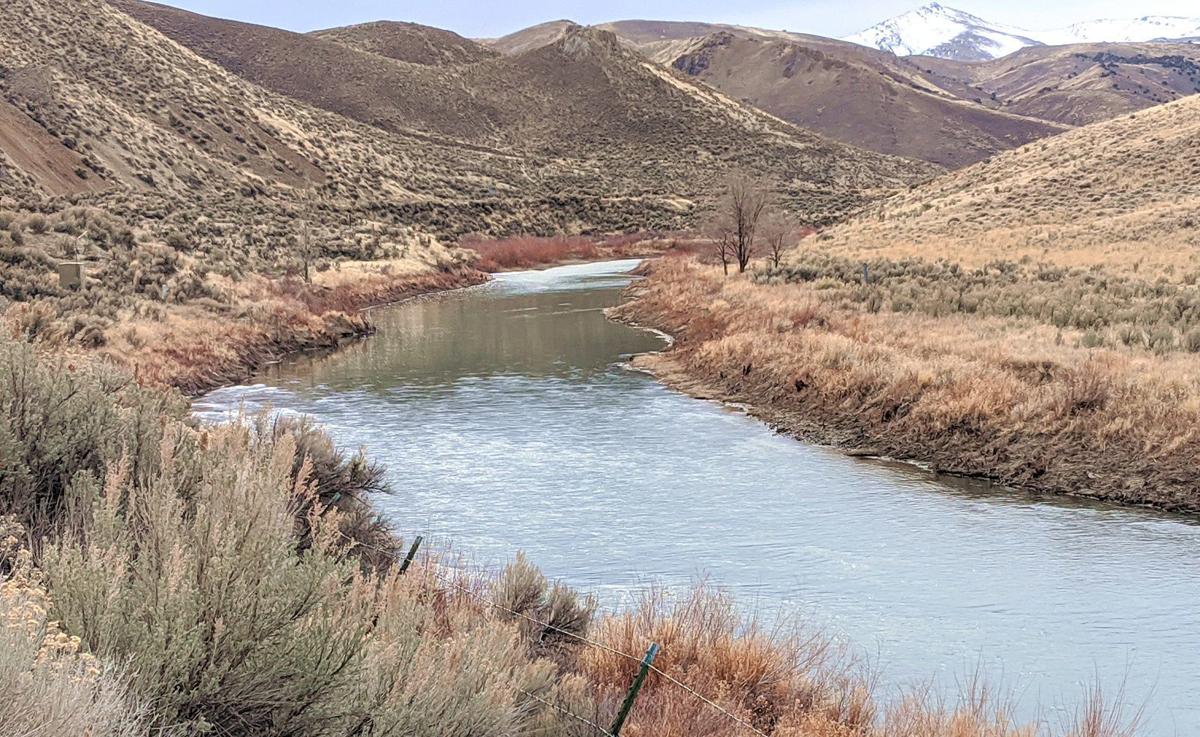 The Humboldt River at Carlin Canyon