Nevada’s first pack of wolves is off to a good start. A pair of wolves, male and female, wandered into Elko County this winter, thought to have come from Idaho’s Bruneau pack. This spring, the pair has been observed digging a den in the Jarbidge Mountains. The hope is they will produce pups and create a viable wolf pack.

Jim Canis is the state wolf biologist for the Nevada Department of Wildlife. I spoke to him recently when he returned to Elko to pick up more supplies. He has been keeping an eye on the den from a distant hillside. He told me snowmobilers first spotted the wolf pair in February on the east side of the Jarbidge Wilderness. Once the den site was discovered, Jim has been spending much of his time in the area, to ensure the safety of the denning pair.

Jim said “It’s exciting. We will need to see how it turns out, but it looks like this could be the beginning of wolves living in Nevada. Elk in the area should provide ample food for several wolves.”

For now, NDOW is keeping fairly quiet about the situation but once pups appear, news releases will be sent around the country.

Jeffrey Lupus is the president of the Jarbidge Sportsmen’s Alliance. He told me the group is enthusiastic about the prospect of seeing wolves in the Jarbidge area. He feels wolves will bring in more tourists and help area businesses.

Of course, today is April 1, so an April Fool’s Day hoax is in order. There are no confirmed wolves in Elko County, and definitely no wolf dens. A lone wolf was recently spotted in northwestern Nevada, the first wolf seen in the state since 1922. However, some day this column could be true.

Bear on the prowl near South Fork, Carlin

ELKO – A black bear has visited South Fork and the Carlin area in the past two days. 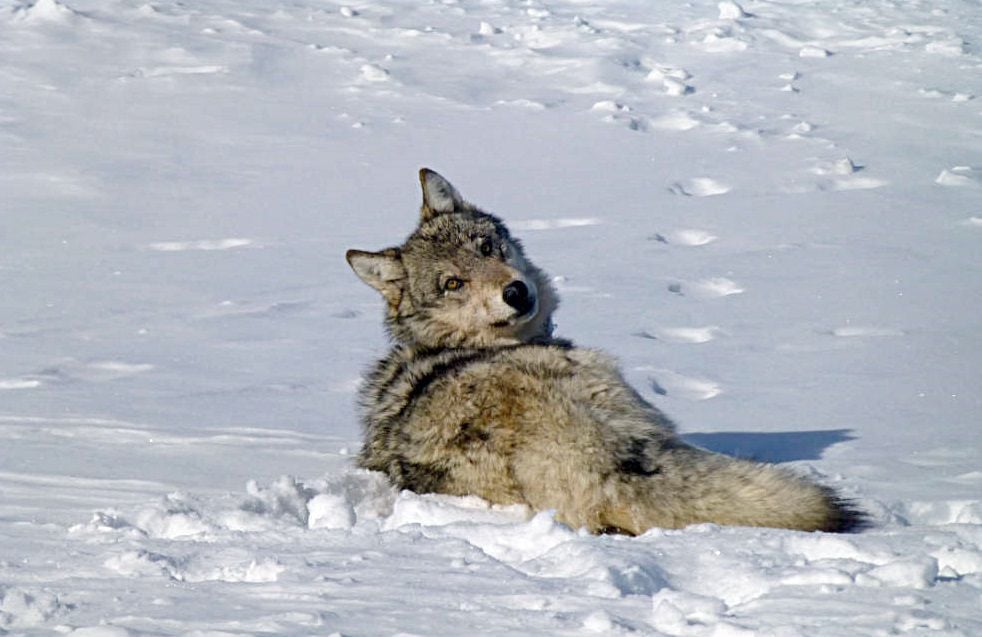 An alpha male wolf sunning itself above a den site. 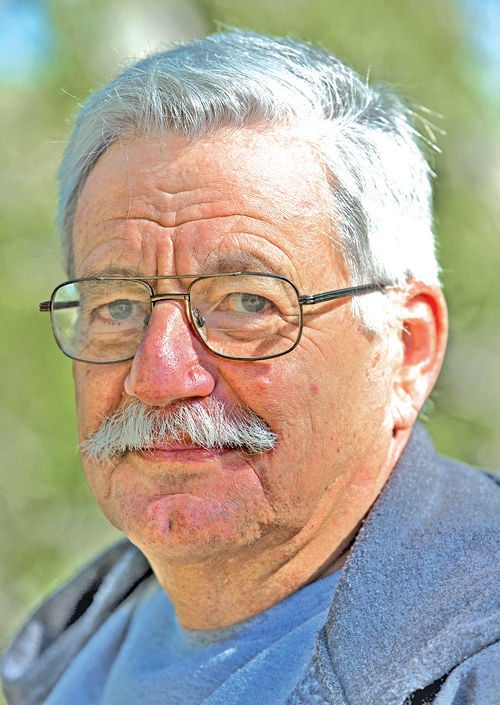