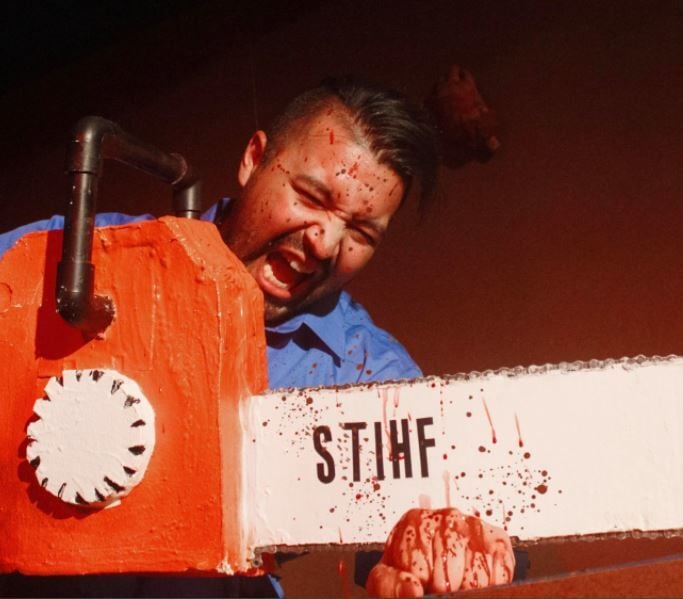 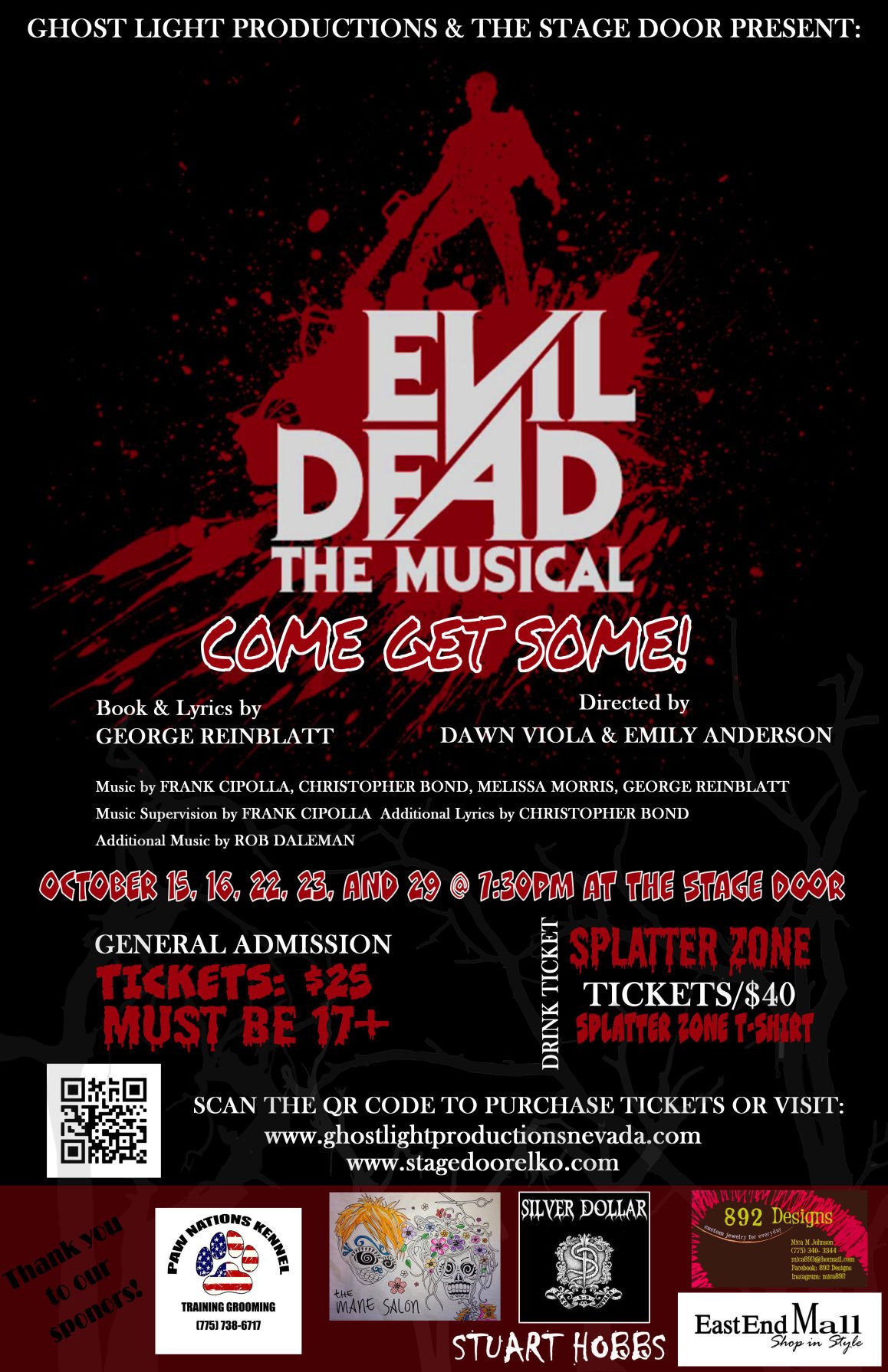 ELKO – Join Ghostlight Productions and The Stage Door as they take on the cult classic, “Evil Dead: The Musical.”

This live theatre performance is an adaptation of the film series and television series “Evil Dead.”

Not long ago, at a cabin lost in the woods in Michigan, a group of five college students found themselves face to face with evil forces summoned by the Necronomicon. One by one, they were captured by the demonic forces in the woods and turned on the others, until all that was left was Ash, a loyal S-Mart employee. Armed with his boomstick (a shotgun) and his chainsaw for a hand, Ash is charged with destroying the demons and saving the world.

“‘Evil Dead: The Musical’ is a cult classic romp of pop culture against evil spirits bent on destroying the world, destined to leave audiences cheering,” said Emily Anderson, The Stage Door co-owner and Ghostlight Productions member. “The story line makes sense even if you have not seen the movie.”

There are iconic songs such as “Ode to an Accidental Stabbing,” “Death is a Bitch,” and “Look Who’s Evil Now.” A “splatter zone” will be set up for the very brave who want to be part of the gore.

“This is the best option for all the ‘Deadites’ out there,” Anderson said. “There is reserved seating up front with the chance to get splashed with our (washable) blood and gore! Splatter Zone audience members receive prime seating, a Splatter Zone Show T-shirt and a complimentary wine or beer ticket. Tickets for the Splatter Zone are $40 each and are limited.”

Anderson said the show is rated NC-17 and attendees must be 17 or older.

“The show starts at 7:30 p.m. each night, and doors will open at 6:45 p.m.,” she said. “The bar will be open for cocktails before the show, intermission, and afterwards for those who are 21 plus. There will be no food service during the show, due to blood and other technical effects. Splatter/Show T-shirts will also be available for sale for those who wish to purchase and wear them with bloody pride.”

Tickets are available at ghostlightproductionsnevada.com.

Report: Returning Syrian refugees at risk of abuse from government

These cool fins act as feet for this grumpy sea toad

These cool fins act as feet for this grumpy sea toad

Where Taliban and ex-soldiers face their wounds

Where Taliban and ex-soldiers face their wounds

Study: Earth tipped over when its magnetic poles wandered millions of years ago

Study: Earth tipped over when its magnetic poles wandered millions of years ago

ELKO – Amidst construction, disarray and partially painted walls, it was clear that a diamond-in-the-rough was emerging from what was once a h…

ELKO – This weekend Ghost Light Productions and Silver Stage Players will present a series of one-act plays that are sure to please.