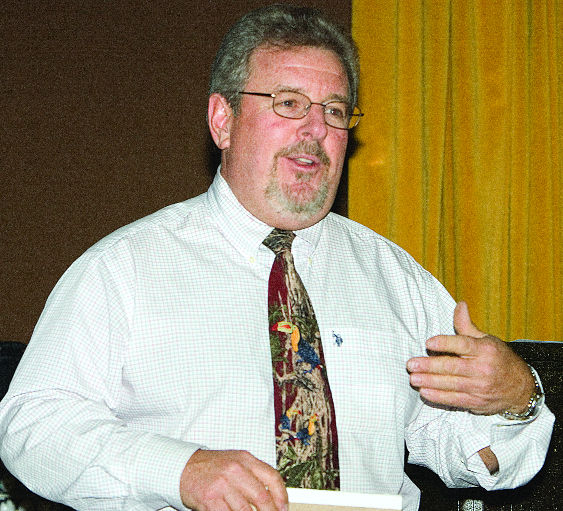 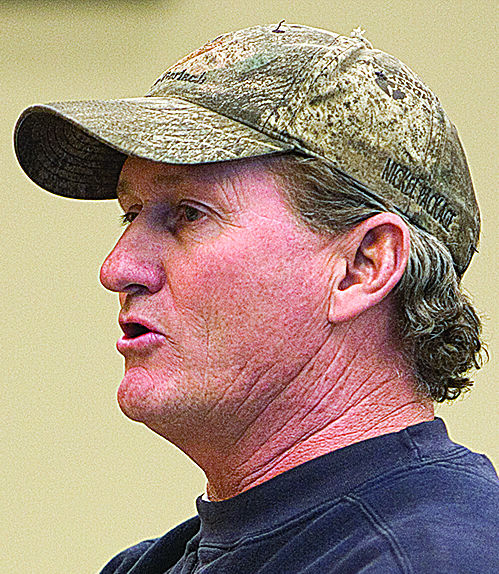 ELKO — To save one bird, we might have to weed out another, according to many in Elko County.

Pat Laughlin, president of Nevada Alliance 4 Wildlife, a nonprofit group whose main focus is predator control, said the greatest threat to sage grouse is the raven.

He’s read studies, he said, that cite raven predation as high as 90 percent for why sage grouse nests fail. The sage grouse is under threat of being added to the endangered species list.

Around 2009, Laughlin’s group began applying for heritage fund grants through the Nevada Wildlife Commission to be spent on programs weeding out ravens and coyotes. Though it took some give-and-take negotiations, eventually funds were secured.

“I finally had to make a deal with (the Nevada Department of Wildlife) ... that they were going to have total control of the projects. Where the money was spent, where the work was done,” Laughlin said.

In addition to ceding control, Laughlin said, NDOW also pulled $5,000 per year for raven control and $10,000 per year for coyote control from the funds for the purpose of studying the animals.

“They were supposed to be monitoring and keeping track. To this day I haven’t heard anything,” Laughlin said.

Despite that, Laughlin’s group continued the projects until last month when suddenly the money was pulled.

Laughlin had no reservation saying he believed NDOW’s reasons to be lies. But, according to NDOW Director Ken Mayer, the money was better spent elsewhere.

The U.S. has a treaty with Canada and Mexico which puts restrictions on the number of migratory birds killed — ravens included. NDOW requested an increase in raven permits, and in 2011, Fish and Wildlife authorized 4,265 ravens to be killed for the year. Only 3,062 ravens were killed, though, according to a June NDOW common raven kill project summary report.

“Therefore, Permit Authorization by USFWS does not appear to be a limiting factor for killing ravens in Nevada. Rather, unused permit authorization seems to be the result of limitations on permitees’ capacity to carry out the work,” the report states.

Even so, Mayer said he still hears requests for killing more ravens, some even asking to double the number.

Laughlin said it could be done.

“You could take out as many birds out as you want,” he said. “He just has to request the work and it will get done.”

NDOW has managed to spend the predator control money, but in Mayer’s estimation, more funds reserved to kill ravens isn’t necessary because of the cap.

“We’ve been spending that,” Mayer said. “I don’t know how much more I can spend.”

Over a three-year period, the Nevada Wildlife Commission authorized $382,000 of heritage program funds to be used for predator control, on top of what was available, Mayer said. The commission’s authorization was unnecessary, he said.

There is a chance the number of raven permits will increase, though.

At a recent Elko County Commission meeting, Jeff Williams summarized a letter submitted by Mayer which stated the U.S. Fish and Wildlife Service would write a letter of support to increase the number of ravens allowed to be killed if a six-point raven control plan was implemented.

“We have no control over a lot of that,” Williams said.

Regardless, the county commission has long said predator control is one of the most necessary steps to saving sage grouse. Mayer doesn’t entirely agree.

“They are the only ones I know of in the nation that are convinced of that,” he said.

When the Fish and Wildlife service prioritized threats to sage grouse, it listed predator control as number 12, Mayer said.

As Laughlin sees it, listing predation as the 12th priority is an oversight at best, and deliberate negligence at worst on the part of Fish and Wildlife.

Mayer was scheduled to attend last Thursday’s county commission meeting, but canceled the night before. When asked why, he said he was too busy.

Toddler takes her first steps thanks to prosthetic legs