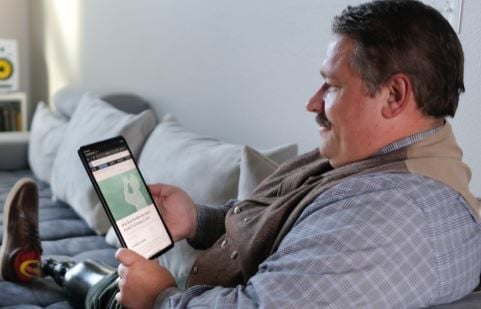 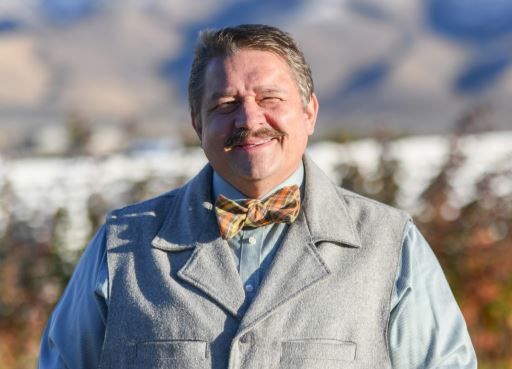 Elko resident Alex Willems looks forward to a better world in the near future.

ELKO — Elko will be one of the thousands of communities around the globe that will receive a powerful message of hope this November as Jehovah’s Witnesses embark upon a special campaign focusing attention on the Bible’s hope for a better world.

The goal of the campaign is to distribute a special edition of The Watchtower magazine containing the cover series, “A Better World Is Near.” More than 36 million printed copies of the magazine are expected to be distributed in some 230 languages to communities in 240 lands around the globe. In addition, the digital publication is available on various platforms in nearly 400 languages.

“People are longing to hear a positive message and this is the best news possible,” said Robert Hendriks, U.S. Spokesman for Jehovah’s Witnesses. “A better world is not just a dream, it’s inevitable. In fact, it is the central theme of the entire Bible.”

The magazine addresses the age-old “doomsday” question “Is this world going to end?” with a comforting answer that may surprise many readers. While many religions have predicted the “end of the world,” the magazine reveals the Bible’s clear message: the earth is here forever and will never end. However, the magazine also explains the powerful truth that wickedness will soon be gone, quoting the Bible book of Psalms where it promises that the “lawless one” will be no more. (Psalm 37:10, Rotherham translation)

This positive message has been the hope of millions around the world who have prayed for ‘God’s Kingdom to come,’ a familiar refrain of many Christians taught by Jesus in what some refer to as the Lord’s Prayer.

That hope is close to the heart of Elko resident Alex Willems. His right leg had to be amputated after a motorcycle accident in 2016, but, as a volunteer minister, he is quick to deflect attention away from his own pain and onto the emotional struggles of the people he tries to help.

“The pains that make them cry and the pains that keep them up are the scars on their heart,” he said. “Physical pain is just an inconvenience, and I say that as someone who had his leg cauterized without anesthesia.”

Willems spends countless hours trying to comfort the emotional wounds of others.

“You can have an intellectual, cognitive conversation with someone who suffered the loss of someone, or has abuse in their background, or struggles with things that they can’t figure out,” Willems said. “And they’ll tell you to your face, ‘I get it.’ I understand they get it, and then 20 minutes later they’re crying about it again because their heart didn’t get it.”

Willems feels limited in what his words can accomplish, but he prays for God’s Kingdom to bring a permanent solution.

“That’s what I want God’s Kingdom to come for,” Willems said. “For those scars on our hearts and the scars on the hearts of the people that just can’t cope anymore. That’s what I look forward to.”

The Watchtower has been carrying a similar message about God’s Kingdom for more than 100 years and remains the most widely translated and circulated magazine in the world. The 2021 number two edition is available free online at jw.org, where anyone can also request a free printed copy by scrolling down on the homepage to “Request A Visit.”

Back to the classroom: A game plan for reducing anxiety

ELKO — Back-to-school supplies were a bit different this year for 10-year-old Tosawi.

WHO designates new COVID strain Omicron as ‘variant of concern’

Elko resident Alex Willems looks forward to a better world in the near future.