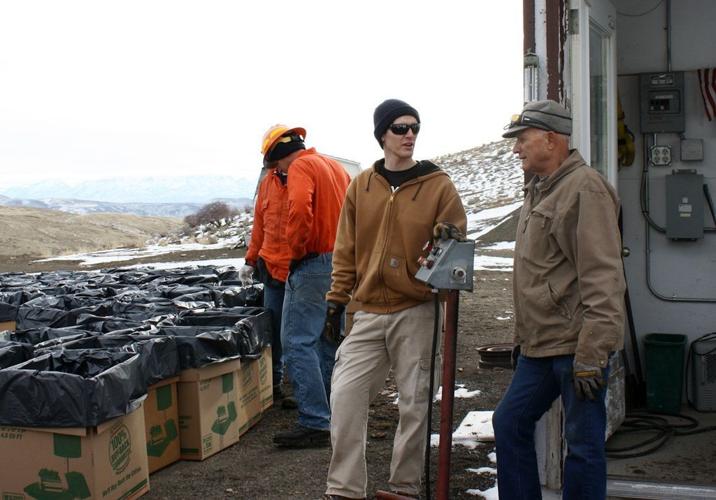 Crew members from the Nevada Division of Forestry prepare boxes as Derek Hadlock, left, and Roche Bush operate the ski lift at the SnoBowl. 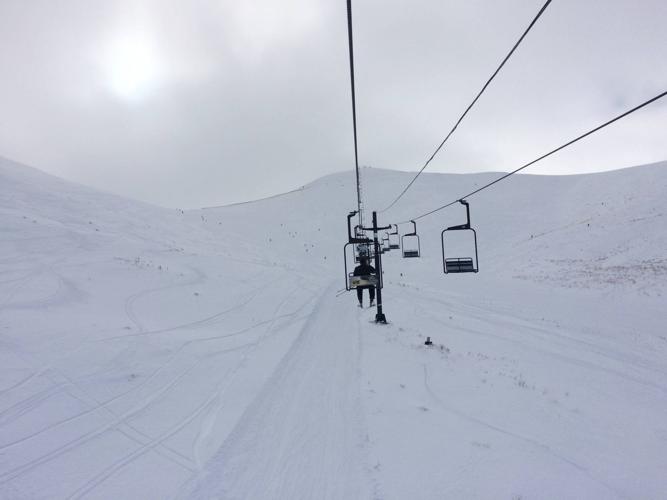 The SnoBowl operates, weather permitting, about 15 miles outside of Elko.

ELKO – The SnoBowl could get a lift to a long life in Elko after the city took another step toward acquiring the ski and bike park at the city council meeting Tuesday.

Council members voted 6-0 in favor of taking on the SnoBowl and operating it as part of the city’s park system.

The land is owned by the county, and the SnoBowl Foundation has been responsible for acquiring funds for the park.

The foundation will continue to work with the city to raise funds, but will eventually do so while working with the city’s park and recreation department.

City Manager Curtis Calder said it made sense for the city to manage the facility because the 640-acre property also comes with water rights.

“There’s a lot of recreation potential, but it also comes with the water rights that are associated with the property,” he said. “There are some wells on that property and plans for future snow-making facilities up there for years where we don’t have snow.”

Once the process of acquiring the park is complete, the SnoBowl Foundation will have more financial flexibility to perform routine maintenance on the park’s equipment.

The foundation spends about $2,500 a year to insure the facility, but the city would cover all insurance costs if the county transfers the land.

“The last four years, we’ve purchased quite a bit of new equipment as far as the rental track,” said Dawn Leyva, recreation services manager. “We’ve bought boards and skis, and every year we’re going to be improving.”

SnoBowl manger Roche Bush said there will not be any major changes to staffing and is looking forward to the financial relief that will come from not paying annual insurance.

“At this time, there won’t be any big changes at all,” he said. “Our biggest thing is that we’ll be under the recreation department, and we’ll get insurance through the city at a lesser rate than what we’ve been paying for 20 years.”

Because it can be difficult to raise funds for needs that may arise at the park Calder thought it was important that the facility be run by the city.

He said he would like the park to remain available on a long-term basis.

“By doing this I think we ensure that it’s going to be utilized into the future because it’ll become a City of Elko asset, and we’ll make sure we’re able to maintain that.”

SnoBowl: It's not just for skiing anymore

ELKO – Elko has never had a designated place for mountain bikers to ride, but now with the opening of the SnoBowl trail system bikers and hike…

What is the Florida Python Challenge?

Crew members from the Nevada Division of Forestry prepare boxes as Derek Hadlock, left, and Roche Bush operate the ski lift at the SnoBowl.

The SnoBowl operates, weather permitting, about 15 miles outside of Elko.