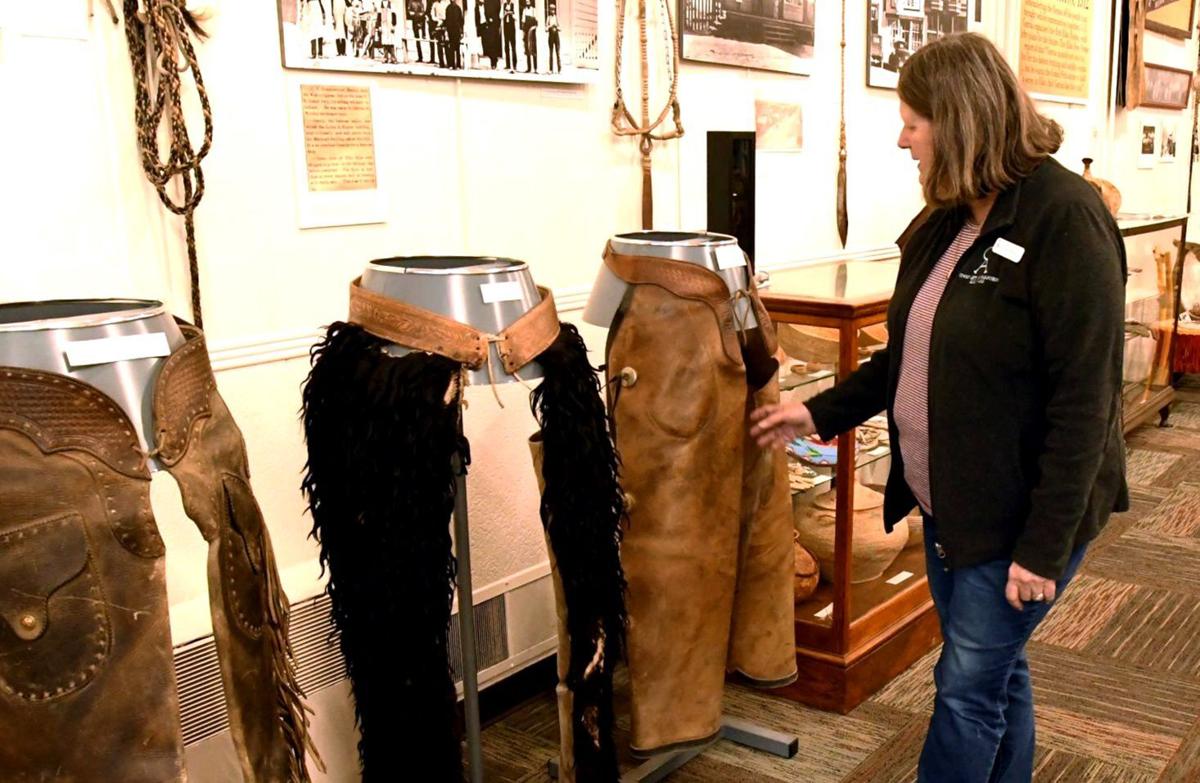 Cowboy Arts and Gear Museum Executive Director Jan Petersen discusses the different types of chaps on display at the museum. 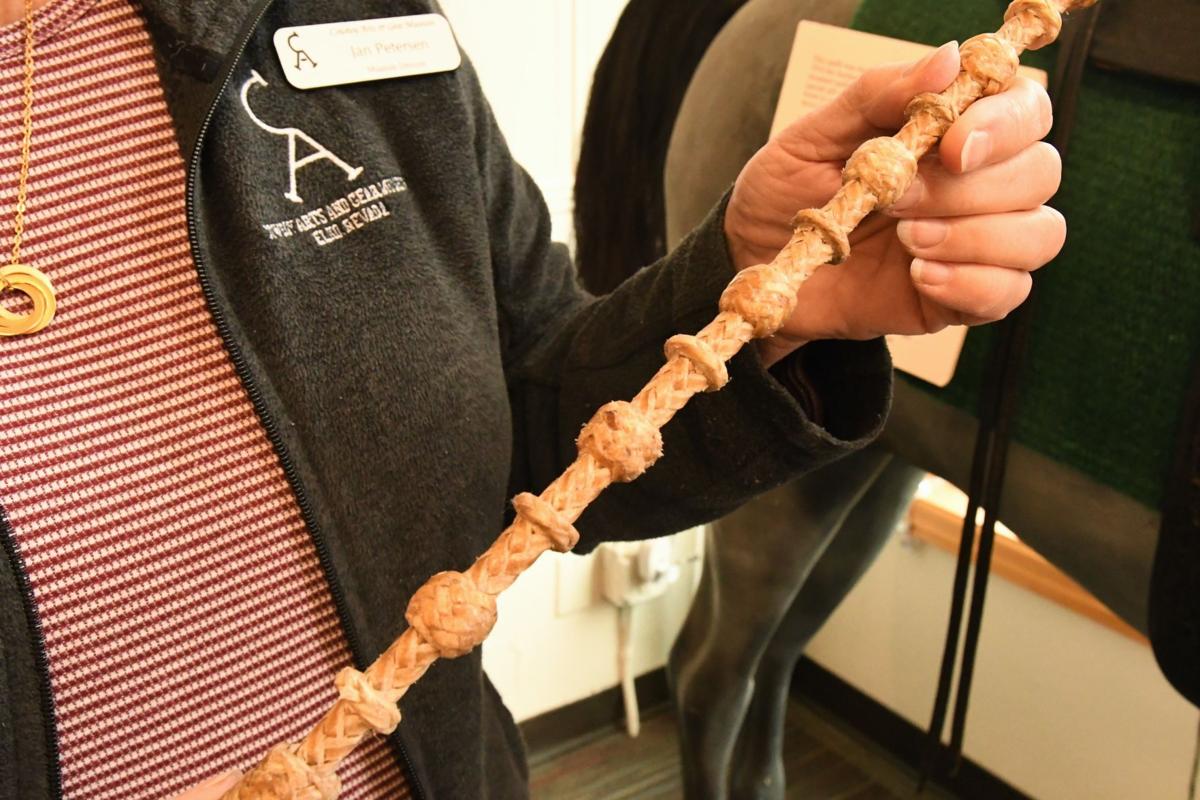 Jan Petersen shows an example of a rawhide braided rein at the museum.

ELKO – There is always something going on at Elko’s newest museum, the Cowboy Arts and Gear Museum. New acquisitions are coming in all the time and Executive Director Jan Petersen has a number of exhibits and activities planned for the next couple of months.

“This Saturday we are doing a cookbook signing with ‘Auntie Tam’ Buzzetti,” said Petersen. “She is coming in at 1 p.m. and will have some samples and sign some books. She is a delight to work with and is a home-grown girl.”

The museum sells several other regional cookbooks, including the St. Brenden’s Church Cookbook from Eureka and the Jiggs Cookbook.

The museum has numerous gifts available for the holiday season.

“We have brand new t-shirts, we have great stocking stuffers, and we have stuff for Nevada nerds. We have ‘genuine’ cow patties that are made in the U.S.A.”

“We are getting ready for the Snowflake Festival and this year’s theme is ‘Christmas Vacation,’” Petersen said. “We have a station wagon with a tree on top of it (a scene out of the Chevy Chase movie with the same name.)”

“It’s a DBA (Downtown Business Association) event and we are having a cookie crawl which is limited to 800 kids,” Petersen said. “Albertsons is making the cookies. You can purchase a bag for $5 and then they get a map and the go around. It’s like a wine walk, only it’s cookies for kids.”

“There will be stuff outside, sidewalk-type sales, food trucks and the ‘Parade of Lights’ will culminate the whole thing.”

Children can make crafts in Rubies and carolers will be singing downtown.

“This is something the DBA does to give back to the community,” Petersen said.

“This will be our fourth year for the bit contest,” Petersen said. “It will be the last week in January. The bits are judged on artistry and functionality. After they are all judged, they will be placed in a display case.”

Last year the auction had bidders as far away as Vermont.

“The maker gets most of the money and we get a percentage,” Petersen said. “There are cash prizes. Bits will remain on display until the end of February.”

“The gear show is in its 20th year,” Petersen said. “It began at the museum (Northeastern Nevada Museum) and then shifted over here. “We have had jewelry makers, rawhide braiders, saddles. The show will take place the last week in January.”

“It’s open to anyone involved in the cowboy arts world,” Petersen said. “Entries are due Dec. 31.”

“We are excited to move forward and be part of the community and historic downtown Elko,” Petersen said. “We are looking forward to more to do ’22!”

“Filming in Elko was an amazing experience,” said Chris DeFranco, producer and director of Quiet Film out of Las Vegas.

Paris May Use Flying Taxis During The 2024 Olympic Games

Cowboy Arts and Gear Museum Executive Director Jan Petersen discusses the different types of chaps on display at the museum.

Jan Petersen shows an example of a rawhide braided rein at the museum.