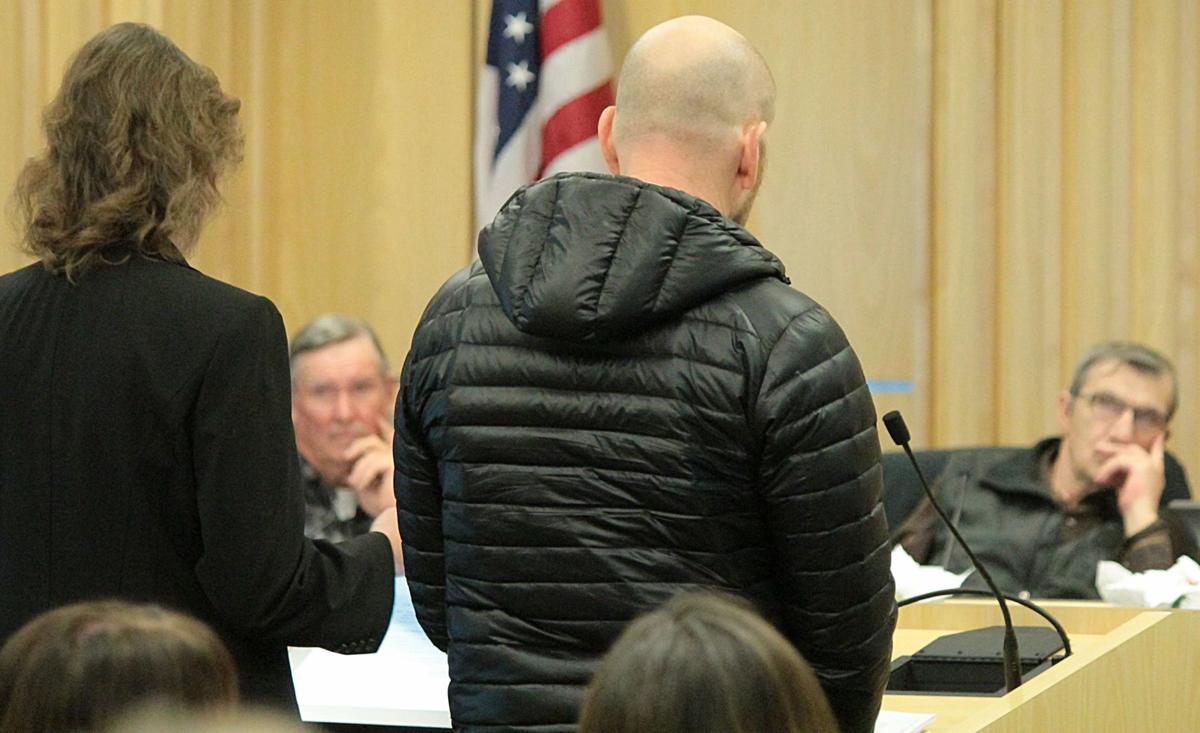 ELKO – Elko County Commissioners decided Wednesday to take a closer look at what will be needed to add a third district judge.

Commissioners unanimously approved the formation of a task force to look into short-term and long-term planning for a third district court department at the Elko County Courthouse, with some voicing support for the current judges and their pleas for an additional bench.

“I’m personally convinced we need another judge,” said Commissioner Rex Steninger. “There’s two parts to this: we need it and how do we pay for it ... . We can’t break the county, [but] I don’t feel comfortable telling the Legislature, ‘Yeah, let’s do it,’ without knowing what it’s going to cost us.”

When asked by Commissioner Demar Dahl for the fiscal impact to the county, Cash Minor, assistant county manager, estimated a budget for operations with a staff of four to five employees would be between $400,000 and $450,000, excluding the judge’s salary which is funded by the state.

“That doesn’t address any infrastructure issues as to where you’re going to place the court, move offices around [or] remodel,” Minor said.

Commissioner Jon Karr said he wanted to look at the financing needed to fully staff the department for an upcoming meeting on Jan. 17. That would mean reviewing the five-year and 10-year plans for operations and capital expenses to see what might be adjusted.

“By then, we’ll know where we’re located on our different projects and we’ll set up these committees … [to] see what we can prioritize and then start that meeting,” Karr said.

Commission chairman Delmo Andreozzi said he wanted to try to meet the wage needs of current employees as well as meet the needs of the courts, referring to county employees who have not had a pay increase since 2015.

“How do we move forward and pay respects to employees who have gone without for a long time?” Andreozzi asked. “We know there has been a lot of shared sacrifice.”

Andreozzi said he also hoped that the renovations for the third department would remain in or near the courthouse, which is a fixture of downtown, for economic purposes.

“The Elko County campus is a huge economic anchor for downtown Elko, so for all of the attorneys … and juries who go to lunch, I think it’s imperative we keep that in mind as we go forward.”

Proposed for the upcoming state legislative session in a couple of months, Assembly Bill 43 would add an additional department to the Elko District Court and require the county to hold elections for a new judge in 2020.

The additional bench would come with the need for more staffing for that department, something that drew a response from county employees who wrote to the county opposing the third department because the county has not raised wages in four years.

District judges Al Kacin and Nancy Porter explained the need for a third judge before the commissioners, citing the Fourth District’s status as the fifth busiest court in the state.

Referring to a letter submitted to the commissioners by the district judges, Kacin said the courts handle the bulk of the proceedings from family issues to murder cases and complex civil trials, unlike Clark and Washoe counties that utilize a discovery master or probate master to sift through arraignments and civil filings, leaving those judges to hear only cases.

“I think Judge Porter said it very well in here,” Kacin said. “We are the Jack and Jill of all trades, and truly that is the case. We handle it all.”

According to the a report released on Dec. 5 by the Nevada Supreme Court, 1,146 cases are seen by each judge, which is 74 fewer cases behind the First Judicial District in Carson City and Storey counties, which have two judges covering a population of 59,922.

Porter and Kacin stressed that the intention of adding another judge would not relieve them of their workload, but instead uphold the ethical responsibility to citizens who deserve “timely justice services.”

Assemblyman John Ellison told the commissioners that although the bill is slated to be heard during the 2019 session, there are some fiscal issues that may affect the county’s funding ability, one of which is a potential removal of court assessment fees in the justice court.

Ellison also advised the commissioners to make a decision before the legislative session begins in February.

“I’m not trying to be doom and gloom, whatever you decide you want to do, I will honor that and I stand behind our county commission,” Ellison said. “I’m just saying, look out, you might have a shortfall coming your way.”

“Be careful what you’re going to do,” Ellison said, “because there’s not a lot of money out there.”

ELKO – Elko County offices will have some room to grow with the purchase of a bank building across the street from the county complex.