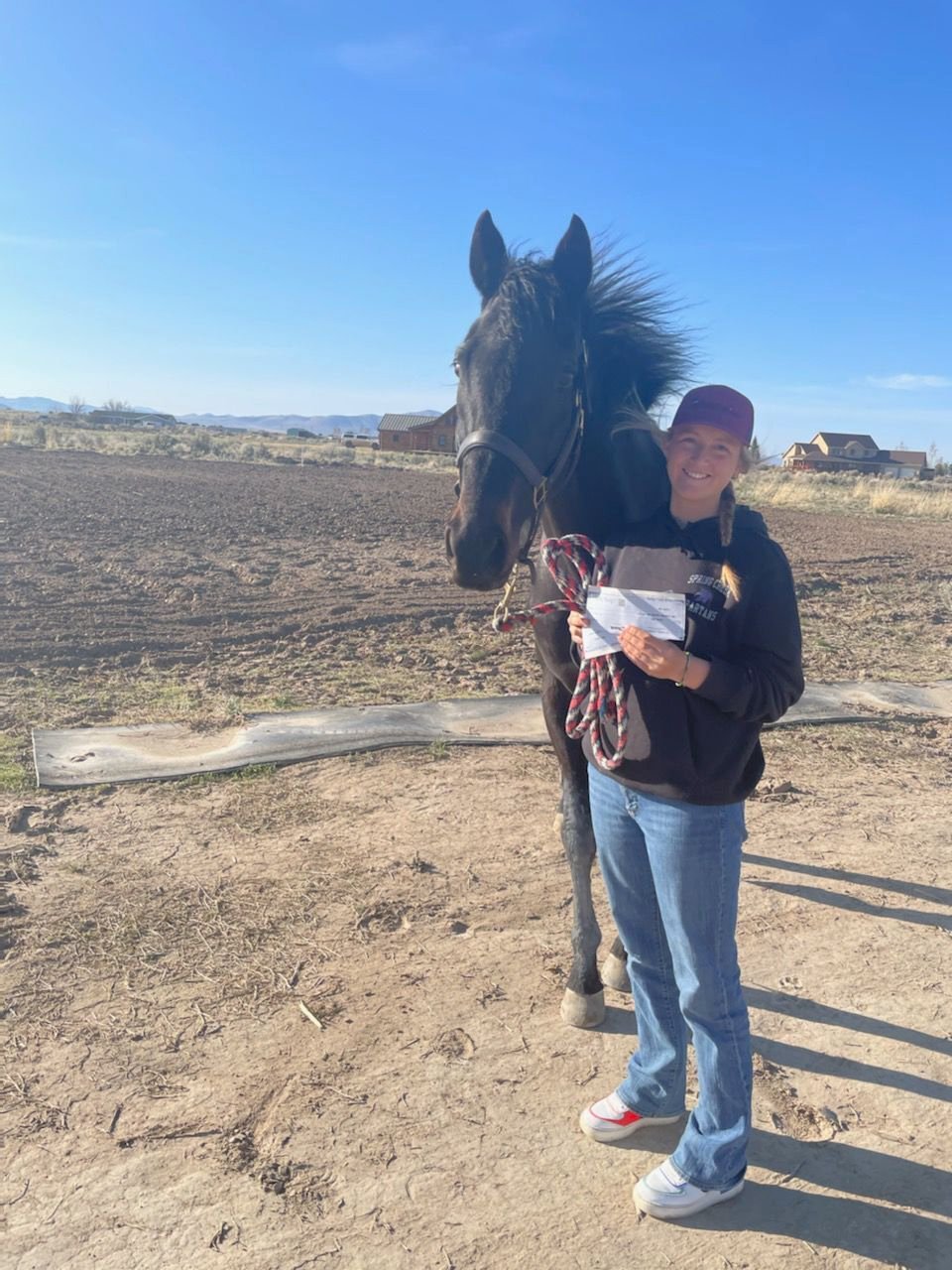 Oline Dam stands with one of her host family's horses in Spring Creek. 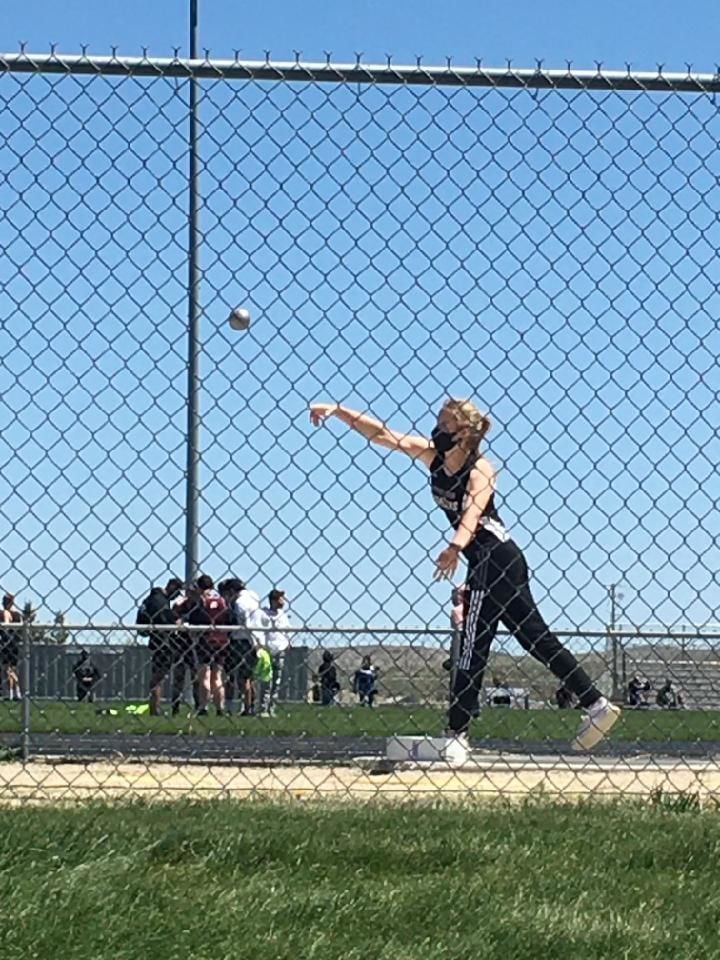 Dam was able to participate in track and field with Spring Creek High School.

SPRING CREEK – In August 2021 Oline Dam, a 17-year-old high school student, traveled from Northern Europe to Northern Nevada during a pandemic. She had never heard of Spring Creek where she would be living for the next 10 months. Despite some limitations because of Covid, Dam is returning to Virum, Denmark, a suburb of Copenhagen, after truly experiencing the “Western way of life.”

Dam applied to study in the United States when she was in eighth grade.

“When my placement cleared, I reached out to her immediately,” said Jo Osgood, who was Dam’s away-from-home mother and is the Regional Director for Council Educational Travel in the USA. “I needed a kid that was already involved with horses because I breed horses.”

Dam had ridden dressage in Denmark.

“She has grown as a rider by leaps and bounds since she has ridden so many horses here,” Osgood said. “We said, here is a western saddle, this is how to put it on, go!”

Osgood is friends with Rebecca Elliot of Ruby Mountain Performance Horses and she taught Dam how to barrel race.

“She started barrel racing in March,” Osgood said. “She even won money.”

“It was really fun,” Dam said. “I started out trying it one real slow and just got faster.”

She went to competitions in Winnemucca, Utah and Idaho.

“Her dad stayed up until two a.m. their time to watch her [ride] online,” Osgood said.

Dam did not know she would be going to school online until she got here. It was a disappointment to her, but she carried on.

A friend down the road was hosting another Danish student and a German student, so the families had dinner often together to socialize.

This was a big help, Dam said.

“We also tried to make as much as we could about going to Idaho and took them to Costco and miniature golf.”

“I became really close with the Danish exchange student,” Dam said. “We text all the time.”

Fortunately, the two only live about two hours apart in their home country.

“We took them to the horse show in Reno,” Osgood said.

Osgood and her husband also have four boys, the youngest only one-year-old. There was a lot of family interaction.

While here, Dam also got to participate in track, doing discuss and shot put. She was able to play basketball with schoolmates at Spring creek High School.

Dam enjoyed experiencing the American holidays, especially Thanksgiving. Even their Christmas is a bit different than ours.

“We celebrate Christmas on the 24th,” Dam said.

Dam also was able to attend prom with a date and a group of friends.

“We have dances, but not like prom,” Dam said. “We don’t dress up that much.

Dam enjoyed the Ruby Mountains and did some hiking with friends.

“I love them [mountains], we don’t have them in Denmark,” Dam said.

Dam explained that when she returns home she will have to quarantine for some time. When summer is over, she will go back to school for the Danish equivalent of high school for three more years before attending university.

Besides horses, the Osgood place is home to many other kinds of domestic animals and livestock.

Dam has always liked animals but, after living at “Dr. Doolittles house,” according to Osgood, Dam said she now wants to become a veterinarian or do some other career that involves animals.

“We had a baby horse born this year,” Osgood said. “With that we had to make an unexpected trip on her (Dam’s) birthday,” Osgood said. “The vet let her help and explained what he was doing.”

Dam had other experience with local vets, including watching preg-checking horses. She was also present when a foal was born.

“She slept in the stall for two days waiting for a mare to foal and helped me get the foal standing and nursing,” Osgood said.

Dam will take away many memories from her time in Nevada. Prom and riding will stand out as favorite experiences, but there are many, many more.

While here, Dam went on a hunting trip, learned how to butcher and tan hides. She also plucked a turkey.

“That was super fun,” Dam said.

“My husband really bonded with Oline,”Osgood said. “I bet he will cry when she leaves.”

Council Educational Travel in the USA

"Go get your shots." Unnvaccinated COVID patient talks about his illness

School board members discuss a plan of action for mask guidelines in schools.

Oline Dam stands with one of her host family's horses in Spring Creek.

Dam was able to participate in track and field with Spring Creek High School.