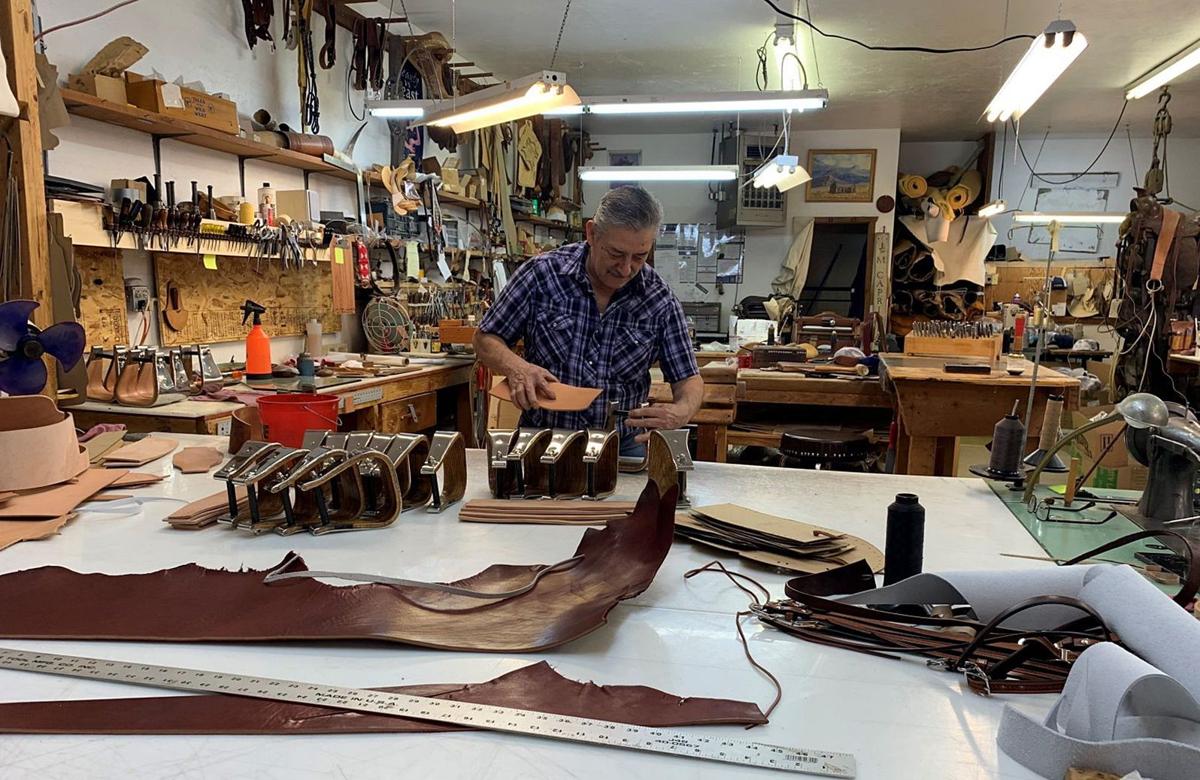 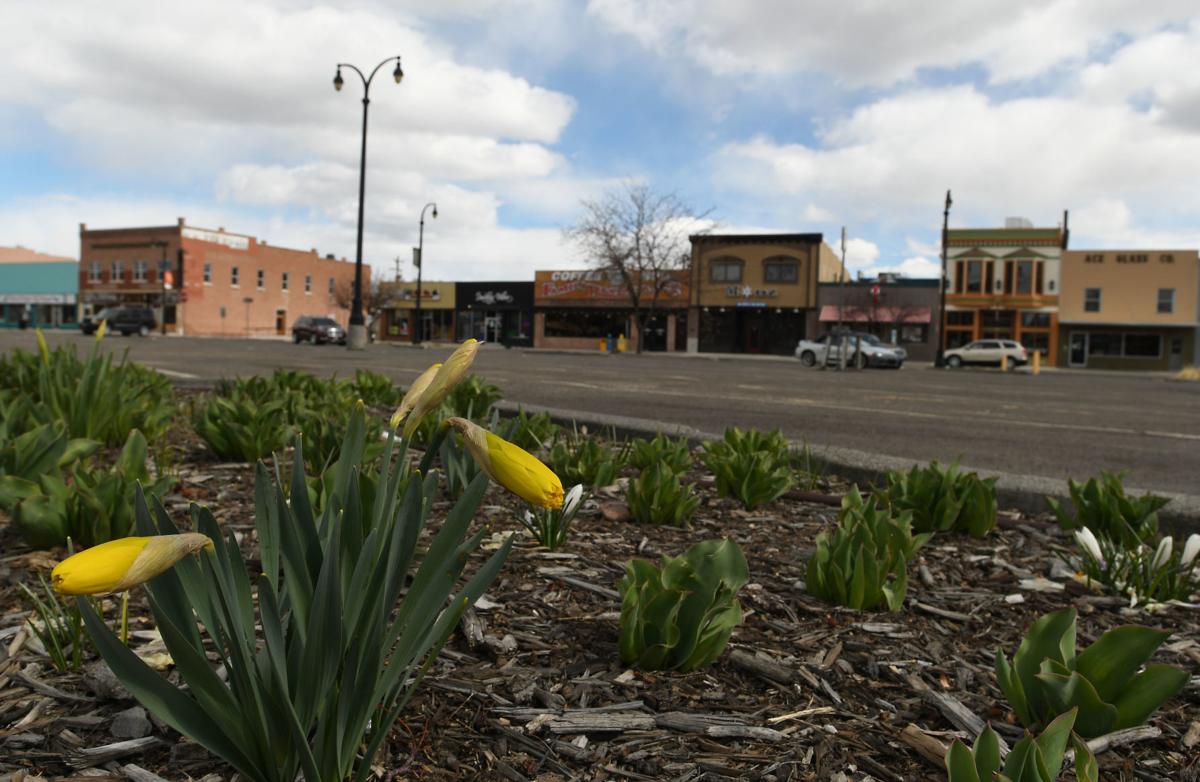 The downtown corridor remained nearly lifeless due to coronavirus business closures and restrictions as flowers began to bloom in April.

ELKO – During the coronavirus quarantine many Nevada businesses have been ordered to shut down or work within the constraints of “social distancing.” Some local business owners are adapting to the stringent guidelines.

“We are just trying to serve the community as we can,” said Debbie Pawelek, Natural Nutrition co-owner.

The store has seen a significant slowdown since Gov. Sisolak called for restrictions on how Nevadans do business, according to Pawelek.

She said people are calling in to see if items are available. The store remains closed to foot traffic.

“We have gloves and masks on, always,” Pawelek said. “We try to take their credit card over the phone.”

If a customer only has cash, an employee will meet them at the door to make the physical exchange.

Pawelek said people are concerned about their health so zinc, vitamin C and immune-boosting supplements are selling now.

J.M. Capriola remains open because they are “critical” in the agriculture and food sectors, according to co-owner Susan Wright. Cows are calving now in the Great Basin. The business is there to make repairs and ship equipment as needed.

The store opened just months before the stock market crash of 1929, Wright said.

“We survived the crash, drought, wars, leather rationing and other disasters,” Wright said. The store had to reinvent production on several occasions.

“Regardless of what happens, we are a family,” Wright said of her staff. “We are a unit.”

On the east end of town, IFA supplies feed, vaccines and other animal supplies.

“There has been no reduction in sales,” said IFA manager Darla Barkdull.

Barkdull said employees are doing their best to follow all of the necessary guidelines.

“We offer curbside delivery or in the store,” Barkdull said. “We want the best for our employees and customers.”

Some businesses have had to cut staff.

Remaining employees have seen a reduction in hours.

“We are still seeing the same amount of traffic, we are just not seeing any money,” Houk said.

The company does a lot of free services and people are still coming in for that.

“We are in a peculiar business,” said Lina Blohm, owner of Blohm’s Jewelers. “We have people’s loved jewelry.”

Blohm said she has been watching webinars to help stay directed through the crisis.

“Our jeweler is still producing and we have orders coming in,” she said. People are able to pick up orders by appointment.

“We have not begun ecommerce yet, but things are leading in that direction,” Blohm said.

Inventory and supplies are limited.

“We are getting creative because, of course, we can’t go shopping for new products right now,” said Melissa Thacker, co-owner of Route 40 Village Antique Co.

The antique store is currently closed during the coronavirus crisis.

“In the actual store we are boxing everything up and cleaning it as we put it back out,” Thacker said. “We are completely redoing the store. Now we are making our own pieces out of the ‘junk’ we have.”

On March 17, Gov. Steve Sisolak ordered all bars, casinos and restaurants to temporarily close, with the exception of food service geared toward drive-though or takeaway. The closures have been extended until April 30.

“We’d love to see you when things have settled down,” reads a post on McAdoo’s Facebook page. “Your support will help us make that a reality. Send a digital gift card in an amount you choose to your family, friends or yourself. Thank you. We can’t wait to see you again. McAdoos.”

ELKO – Amidst worsening fears and restrictions related to the coronavirus, Elko County Commissioner Delmo Andreozzi and Northeastern Nevada Re…

The downtown corridor remained nearly lifeless due to coronavirus business closures and restrictions as flowers began to bloom in April.