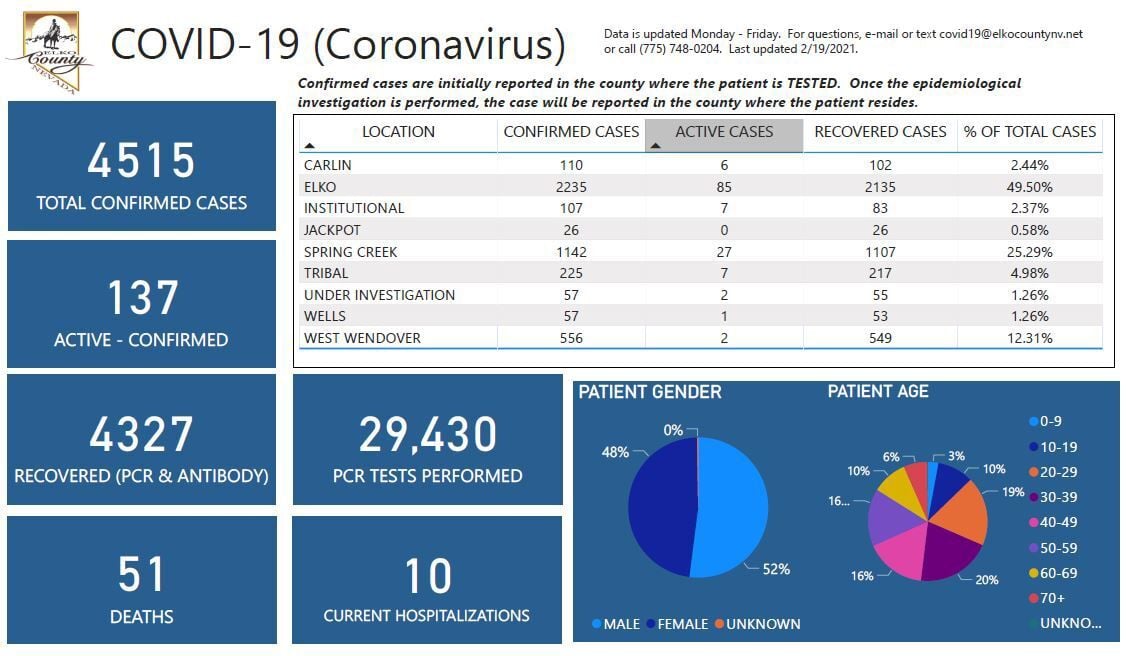 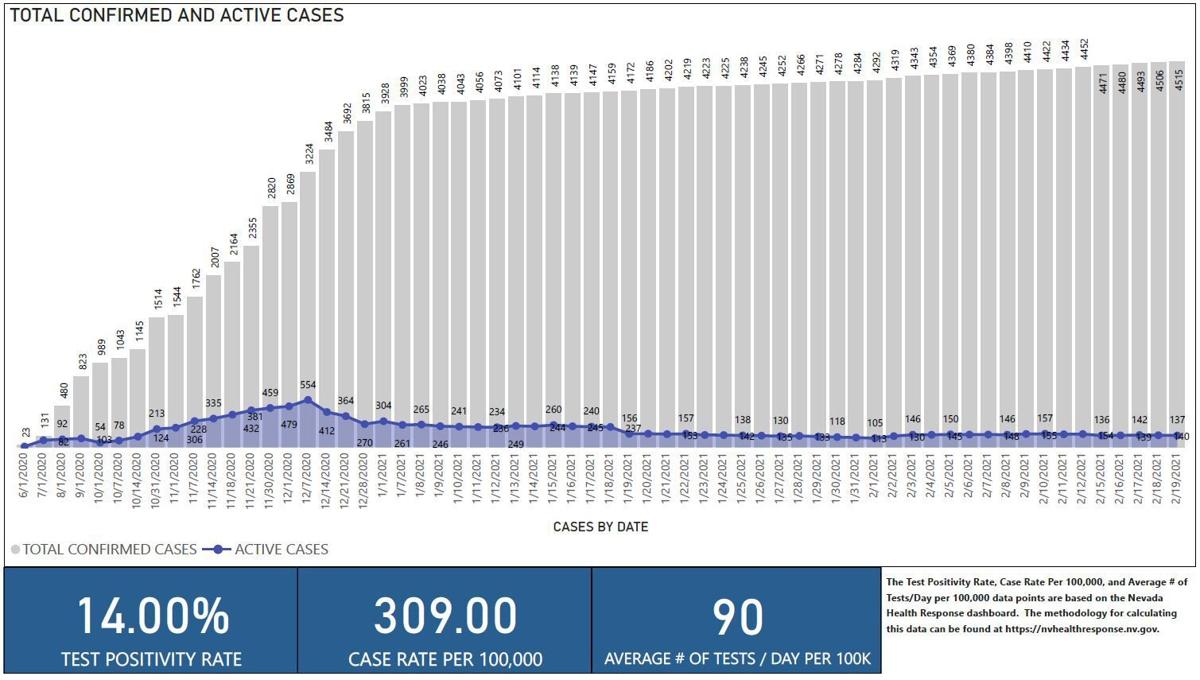 ELKO – Coronavirus cases declined slightly in Elko County this week, as Nevada reported the first case of the South Africa variant in Reno and vaccination efforts were hampered by weather-delayed shipments.

Elko County had 137 active cases as the week came to a close. That’s down from 154 active cases the prior Friday.

Nevada has reported a downward trend of known cases, hospitalizations and deaths from COVID-19 since mid-January. The state’s two-week positivity rate dropped to 10.7% on Friday — half of what it was on Jan. 15. Elko County’s rate is currently listed at 14%.

Severe winter weather has delayed the arrival of vaccines from other states such as Texas.

“Elko County was notified by the Nevada State Immunization Program that vaccine shipments and allocations will be further delayed this week due to inclement weather,” stated the county.

The Southern Nevada Health District in Las Vegas said earlier this week that because of the delayed vaccines, it would be postponing about 4,000 appointments for second doses expected to occur this week.

While COVID-19 cases are on the decline, variants of the virus have arrived in Nevada. There are six known cases of a more contagious coronavirus variant that originated in the United Kingdom.

And the Nevada State Public Health Laboratory said a coronavirus variant originally identified in South Africa was confirmed Thursday in a sample traced to a person who traveled from South Africa and began showing symptoms of COVID-19 when arriving in Reno.

Dr. Mark Pandori, director of the lab, says COVID-19 vaccines may be less effective on the new strain but it is not yet known if the strain causes a more severe illness. He says the new strain is not believed to be more lethal than the original strain.

How and where to get tested for COVID-19 in Elko

Where and when to get tested for COVID-19 in the Elko area...