WEST WENDOVER – About three years since a ballot initiative legalized cannabis in Nevada, this month West Wendover will be the first city in Elko County to have a medical and recreational marijuana dispensary.

Deep Roots Harvest’s second Nevada store could be open as soon as this week, as workers put the finishing touches on the building that will house about 250 marijuana products in an open-store setting similar to a pharmacy.

Open seven days a week, Deep Roots will offer a variety of products ranging from the most popular items such as buds, concentrates and vape cartridges to tinctures, lotions and edibles such as chocolates and candies.

Based on sales at Deep Roots’ Mesquite establishment, Marshall said he believes vaporizers, pre-rolled cannabis and edibles will be the store’s biggest sellers, with edibles, topicals and tinctures rounding out the sales.

The store will start with a limited inventory before everything arrives, Marshall said.

“We pretty much have everything in every category you would find in a pharmacy,” Marshall said. “It’s a broad menu. There’s a little bit of everything.”

However, pet products are not part of the store’s inventory, unlike stores on tribal land.

“It’s a sticky situation with the state,” Marshall said. “It’s not allowed. Indians are under a totally different set of rules than us.”

The store operates similar to a pharmacy, Marshall explained. The sales floor has rows of glass display cases with the product packaging inside. Trained staff assist in coaching customers who have questions about specific products.

“We try to make recommendations but it’s against the law for us to make claims,” Marshall said. “We can help people down a path but we’re not able to say ‘this is going to solve your problems.’”

The actual product is kept behind the sales counter. The final purchase is made at one of the 10 registers to customers who are 21 years old and older, including those who carry a medical marijuana card.

Once the store opens, customers within Nevada will have no problem driving home with their purchases. But for those living in Utah where medical marijuana was legalized in 2018 by voters, it is still illegal to transport cannabis across state lines.

Deep Roots will accept medical marijuana cards issued from any state. Still, as far as taking something home outside of Nevada, it is against federal law to cross state lines with marijuana.

Customers “need to be smart and not cross state lines with it. If they do, they’re putting themselves at risk,” Marshall said.

Overall, the laws that guide liquor sales and consumption are similar to cannabis, Marshall said. Purchases are limited to one ounce per day, and cannot be made on behalf of others. Use cannot be in public or inside casinos in the gaming area.

Any cannabis products for recreational or medical use cannot be opened and consumed on Deep Roots’ property. Consumption lounges, such as the Vegas Tasting Room that recently opened in the NuWu Cannabis store, are limited to tribal land dispensaries in the state.

Mayor Daniel Corona, who has supported the dispensary in West Wendover since his election in 2016, said he sees a huge problem “on the horizon” if consumption lounges are not available to customers.

Lounges in West Wendover, Corona said, would provide people a place to consume recreational products safely, instead of using the products in casino hotel rooms, cars, or risk breaking the law by taking it across state lines.

“We have to figure out a way to allow a business to open [that gives] people a place to consume their cannabis and in a responsible manner,” Corona said.

So far there is not that option, but Deep Roots is keeping an open mind, Marshall said.

“If a consumption lounge ecosystem were to exist, we would be interested in exploring that option,” he said.

It’s been almost a year since West Wendover’s City Council approved recreational sales and Deep Roots was licensed as the town’s first dispensary.

Corona, who ran for mayor in support of Question 2 legalizing recreational marijuana, said he noticed West Wendover voters also supported the ballot initiative during the election.

Bringing in the dispensary made sense “when you look at it from an economic and community health point of view,” Corona said.

He pointed to a rise in employment along with the excise tax West Wendover would collect from Deep Roots’ sales, in addition to a safer product sold off the streets.

“You never know what people are selling [or] what it could be laced with,” Corona said. “Looking at it from a community health perspective, it’s a lot safer and cleaner if it’s [sold] in a dispensary because of the way the state tracks it from seed to sale.”

Marshall agreed that the dispensary “takes power away from the black market and puts it into legit businesses that are producing tax revenue and jobs.”

Ground was broken on the 10,000-square-foot building in early June and it was expected to open in September, but construction delays pushed the opening date to late November.

With the completion of the West Wendover location, Deep Roots is seeking to expand statewide. The company has five recreational licenses from the state to open stores in Reno and southern Nevada.

Reno’s city council approved a store last week, and another store in the Southern Highlands in Clark County could be approved this week, but two more are stalled out due to moratoriums in North Las Vegas and Henderson.

In addition to sales, Deep Roots is licensed to cultivate and produce at both the Mesquite and West Wendover locations.

Because state laws require marijuana products sold in dispensaries to be grown only in Nevada, Deep Roots wholesales to other locations. “About 95 percent of stores in Nevada have one of our products on the shelf,” Marshall stated.

Marshall said having Deep Roots in West Wendover “adds value” to the town mostly known for its casinos and concert hall on the Nevada-Utah border because “de-stigmatizing marijuana and making it more common is a good thing.”

After about a decade of little to no growth in West Wendover, Corona said he believed the city was entering a new phase of its history with “an overwhelming sense of excitement and anticipation for this tentative new day of growth for our community.”

Corona said he is seeing a renewed interest in the community from businesses, which could lead to competitive wages and benefits for employees.

“I think that this is an exciting time in our community, and I think the dispensary is a large piece of that because it is bringing in several good-paying jobs. Next year we anticipate a wholesale and grow facility. It’s exciting for everyone.”

WEST WENDOVER – Although it is already legal, marijuana for recreational or medicinal use won’t be sold in West Wendover until later this year…

WEST WENDOVER – It’s official. West Wendover City Council has adopted an ordinance allowing recreational marijuana sales in the city and has a…

WEST WENDOVER – Recreational marijuana sales are on the way to final approval in this city that has already agreed to a medical marijuana dispensary.

Wells, West Wendover to cash in on marijuana

Border city to approve medical pot dispensary, both Wells and Wendover to allow cultivation as Elko prepares to vote on ban.

WEST WENDOVER – A “rigorous licensing process” by the state is delaying the opening of Elko County’s first marijuana dispensary.

WEST WENDOVER – West Wendover Mayor Daniel Corona is serving as president of the Nevada League of Cities and Municipalities this year.

ELKO – Elko City Council members did not hear a presentation Tuesday on the Elko Indian Colony’s plan to open a marijuana dispensary, but they… 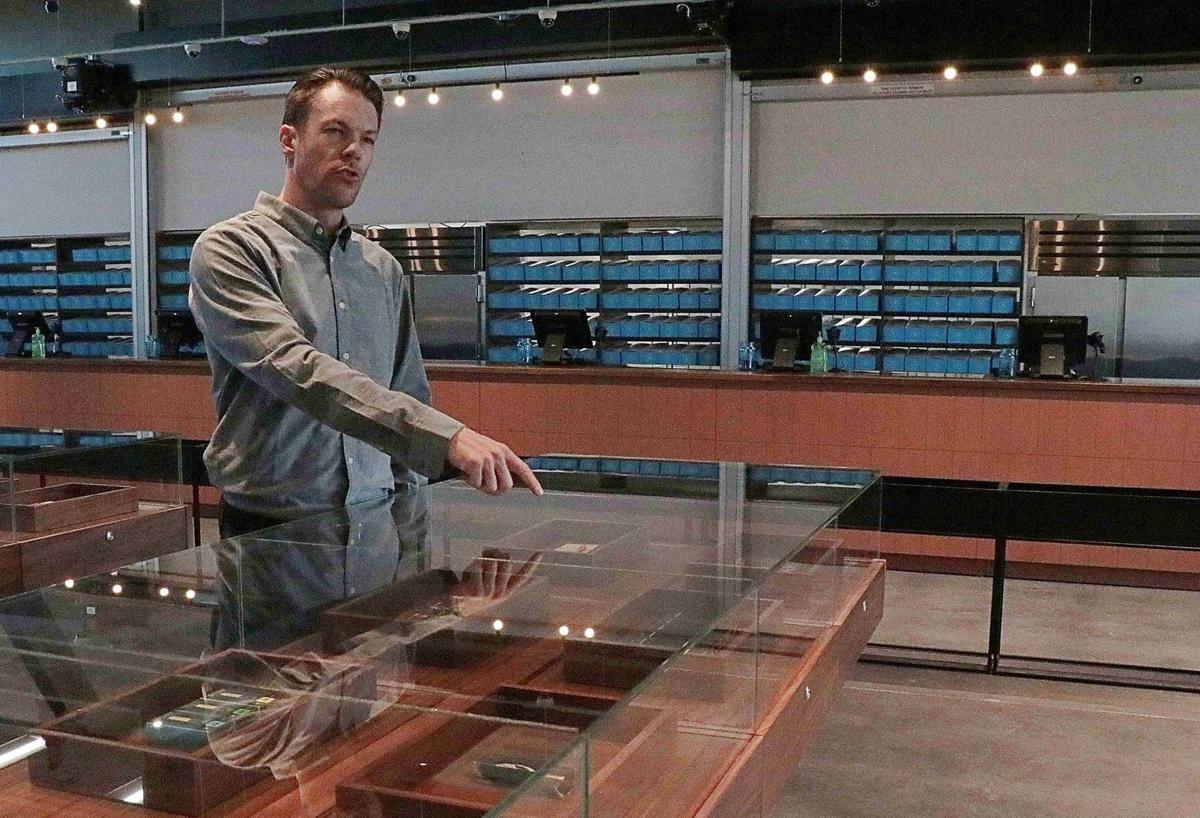 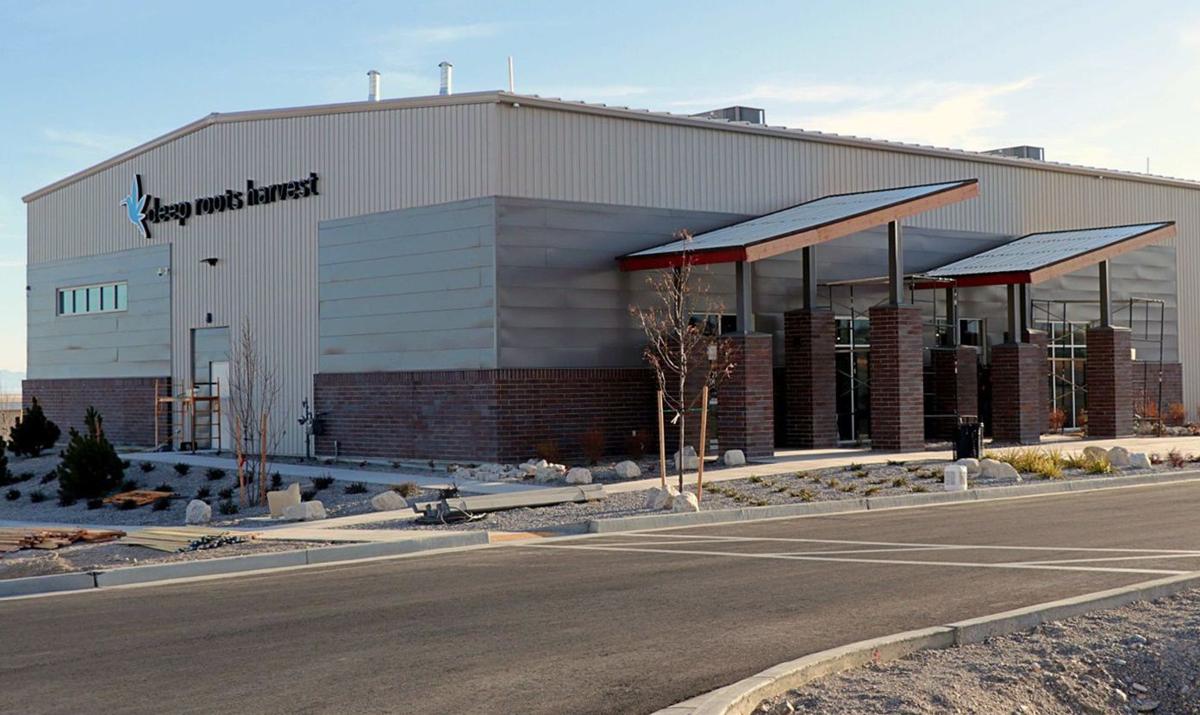