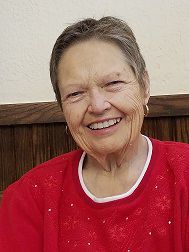 Danale (Dana) Dixon Garibaldi was born October 11, 1947, in Payson, Utah, to Keith C. and Arlene Reynolds Dixon. They lived on the family ranch at Birdseye until Dana started school, when they began spending winters in Payson. She had one sister, Tamera Dixon Gray. Dana was in school in Payson until her senior year. Her parents and other family members purchased a ranch in the O’Neil Basin, near Wells, Nevada, and her family later moved to the ranch. Dana boarded in Elko, for her senior year and graduated from Elko High School in 1965.

Dana loved the ranch and worked there some summers. She attended business school in Provo, Utah, for one year and then worked in the financial department for the Church of Jesus Christ of Latter-day Saints for three years while attending University of Utah. She came home to Wells, and worked at 4 Way Service as a cashier for four years. She married for a short time. Dana managed a bar for her father and his partner, but mostly worked as a dealer for various casinos in Wells, Wendover, and Elko. She also did some bookkeeping. She lived in Wells and took care of her mother for a few years and commuted to her workplaces.

Dana had many friends and loved to travel with friends, and loved to spend time in Battle Mountain with her dear sister, Tami, and her family. After complications of type 2 diabetes, she retired and lived at the Wagon Wheel Motel in Wells for a couple of years. She had many good times with friends at the forest at the Wagon Wheel. After losing her eyesight, Dana moved to Highland Manor where she has lived for about six years. She made many friends there and helped them to see the bright side of life. Wells was always home to her, but she also felt that Highland Manor in Elko was her second home. She was happy there.

Dana was preceded in death by her parents and brother-in law, Richard L. Gray (Dick), who was like a brother to her. She is survived by her sister Tamera Gray, and her nephew, Richard Gray, both of Battle Mountain, Nevada, various cousins, great nieces and nephews, and friends.

Dana loved life and loved people. She always had a positive attitude and was interested in many things. She had faith and trusted that her Heavenly Father had a plan for her life. As adversities came her way, Dana never lost her joy in living. She accepted her challenges and helped others to do the same. She was a bright spot in many lives.

Dana passed away March 19, 2020, in Elko, Nevada, due to complications of diabetes. At Dana’s request, there will be no funeral.

Be the first to know with news alerts sent to your inbox as the story breaks! Sign up:

Available whenever you are ready to read! Check out today's newspaper in E-Edition format: