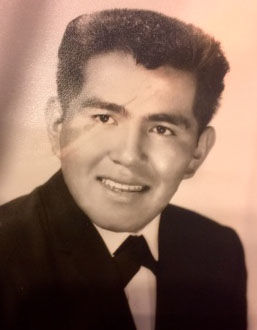 Survived by brother Harvey and daughter Tabatha Worth.

Services will be on Tuesday at 10AM, February 11th, 2020 at the Wellness Center. 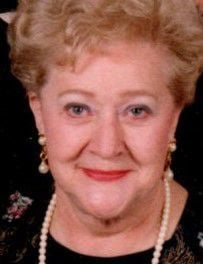 The family sadly announces the passing of their beloved Mother, Grandmother, and Great-Grandmother on February 3rd, 2020.

Carley was born on St. Patrick’s Day, 1927, the eldest of four children of Florence Helen and Raymond Lewis Hayden. She graduated from Estacada High School in 1945 where she was editor of her school newspaper and Class Salutatorian. Carley then attended the University of Oregon on a Journalism Scholarship. She was a member of National College Sorority of Sigma Kappa.

Carley met her “Sully” at a sorority event after a University of Oregon vs. St. Mary’s football game. They were married in May, 1951. Carley worked while Sully attended graduate school at UC Berkley. They moved to central California where Sully began his coaching career. Their firstborn, daughter Blaine Helen, was born in 1952 and daughter Valerie was born in 1954. They moved to Elko, NV in 1955, where Sully was a teacher and football coach. Son Daniel and daughter Peggy were born in Elko in 1956 and 1958, respectively.

For six years Carley worked as Executive Secretary for the Elko Chamber of Commerce and was a Management Assistant at the Nevada Youth Training Center for twenty-seven years before retiring. After retiring, Carley moved to Reno to be close to family.

Carley was active in Nevada Democratic politics for most of her life and served for many years with the Elko County Democratic party and was inducted into the Nevada Democratic Hall of Fame. Particularly meaningful events to her included attending 3 Presidential inaugurations and serving on boards and commissions for 4 Nevada governors.

She was dedicated to education-related community service. She was a member of and Board president for the Nevada PTA for 14 years, and was elected to the Nevada State Board of Education, serving 12 years. She was a Nevada Delegate to the White House Conference on Children and Youth.

She served for 22 years on the board of the American Lung Association of Nevada; served 16 years with the Elko City Planning Commission; and was a member of the Rural Nevada Women’s Conference.

She served as a Board Member of the Great Basin Concert Association in Elko and was a member of the Reno Pops Orchestra for 12 years.

She particularly enjoyed her work establishing the newest chapter of Sigma Kappa sorority at UNR; and involvement with the Nevada Women’s History project.

Carley was a life-long sports lover and she avidly followed the Oregon Ducks, and the college teams of her family members, always sporting team apparel on game days.

Carley requested there be no memorial service. She asked that those who knew and loved her celebrate her life with family and friends enjoying two of her favorite things: Champagne and Godiva chocolates.

Two organizations particularly inspired Carley’s own goals and objectives for community service in the later years of her long life and she requested that any donations in her memory be made to: 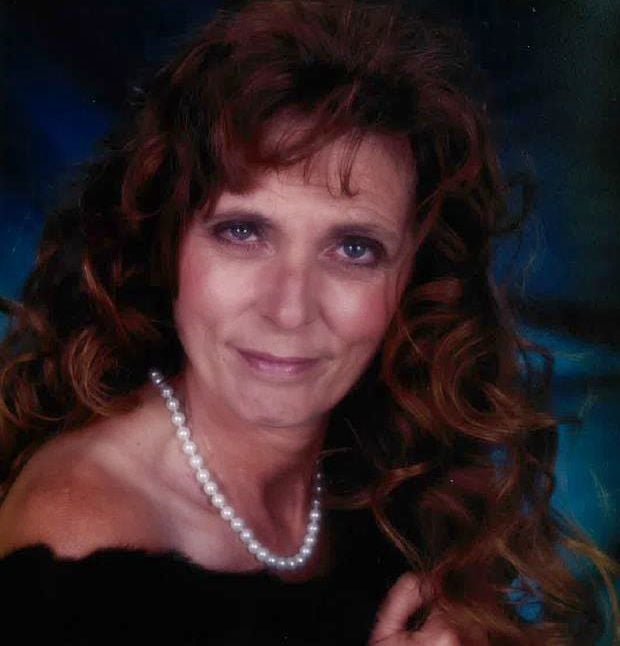 Born May 16, 1954 in Rexburg, Idaho, Janet passed away after a courageous battle against ovarian cancer, on January 24, 2020, at home in Spring Creek, Nevada surrounded by family and love. Preceded in death by her grandparents, parents, and brother, who was her greatest confidant. Survived by her husband and best friend, Jerry Maldonado; sisters, children: Jodi (Donnie), Amanda (John), Jerad (Felicia), Nikki (Rodney) and Hannah (Dan), grandchildren: Tyler (Abigail), Evan (Genevieve), Dillon, Gabby, Finlee and Juliet, nephews, nieces and bonus kids, including friends of her children and children of her friends.

After moving to Granger, Utah in elementary school she met a group of friends that were family until the end. Janet enjoyed running track and held records at Westlake Jr. High for many years. Janet also attended Granger High School and Salt Lake Community College. She was unconventional, fiercely loyal and industrious, reinventing herself through several careers. She loved fast cars and rock-n-roll, was an excellent cook, amazing seamstress, sci-fi fanatic and voracious reader.

Janet believed in her little family, absolutely, and fought for them with incredible strength! Janet had decades of the gift of sight due to several corneal transplants, thanks to her amazing surgeons and kindness of the families affected by tragic loss. The family would like to send love to them and especially thank her current team of doctors, hospice nurses and staff for their excellent care. She has requested no services. Please enjoy something you love to do in her honor. In lieu of flowers, please consider an informed donation to cancer research, in her name. Also please consider, register and discuss organ donation with your family, for research as well as established procedures. It really does save lives, and more!

Graveside services will be held at 10am on Friday, February 7, at Elko City Cemetery. 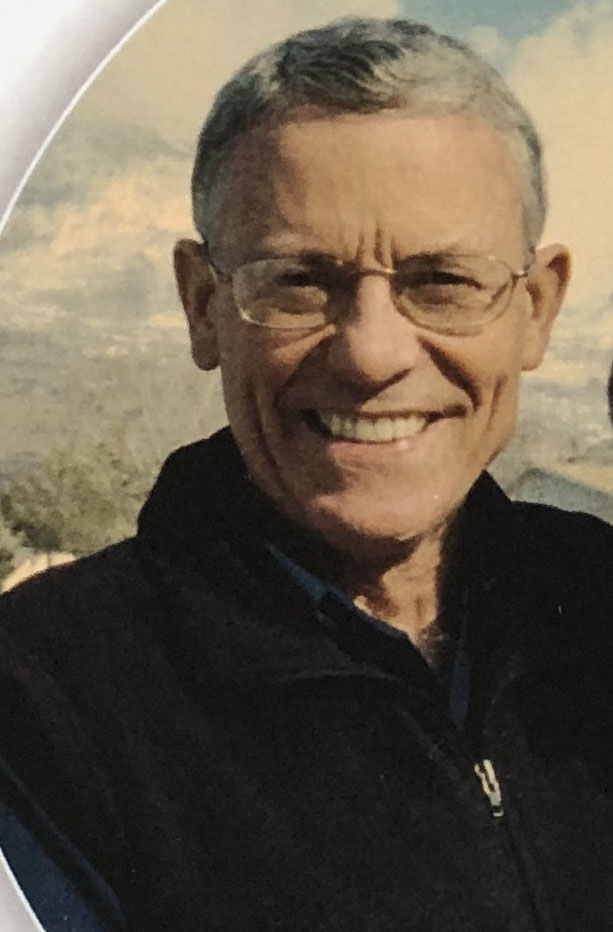 In 1971, he completed High School in Wells, NV, graduating as the valedictorian. In 1973, he graduated from Ricks College in Rexburg, ID, and then served two years in northern Italy as a missionary for The Church of Jesus Christ of Latter-day Saints. In 1976, he began attending BYU in Provo, UT, and enrolled in Army ROTC. Mark completed a BA degree in Political Science in 1978 and a master’s degree in Public Administration in 1979 at Brigham Young University (BYU). He entered active duty Army service as a Military Intelligence officer in April 1979 at Ft. Huachuca, AZ. After paratrooper certification at Ft. Benning, GA in January 1980, he served three years in the 501st MI Battalion, 1st Armored Division, near Ansbach, Germany. Subsequent military assignments were at USAICS in AZ; US FORSCOM in GA; III US Army Corps (Fwd) near Maastricht, Netherlands; 66th MI Brigade in Augsburg, Germany; the U.S. Army Command & General Staff College at Ft. Leavenworth, KS; and USSTRATCOM at Bellevue, NE. After more than 20 years, he retired in mid-1999 and moved to Orem, UT. Mark then worked for Pleasant Grove City, UT in its Community Development department. In 2001, he began working for the Security Department of The Church of Jesus Christ of Latter-day Saints, focused on security for missionaries and other Church interests in Africa and the Caribbean. In 2012, he retired again and began part-time work as an FBI contractor conducting background investigations. He also did some part-time work as a school bus driver before serving with his wife as member and leader support missionaries in the Orem Heatheridge Stake.

In October 2016, Mark was diagnosed with Amyotrophic Lateral Sclerosis (ALS), a fatal neuromuscular disorder. He and his family are very grateful for the assistance of the Veterans Administration; Paralyzed Veterans of America; the ALS Clinic of the George E. Wahlen Department of Veterans Affairs Medical Center (Salt Lake City); Dr. Summer Gibson and staff at the ALS Clinic of the University of Utah Clinical Neurosciences Center; CNS Home Health & Hospice; Bristol Home Health & Hospice; ALS Association (Rocky Mountain Chapter) and Riverton ALS Support Group; the nurses, CNAs and staff at the Mervyn Sharp Bennion Central Utah Veterans Home; and the outpouring of love, support, and service of family and friends. Family and country were always both very dear to Mark. Mark enjoyed world travel but his favorite place was home with his dear Rosie. He enjoyed good music, good books, good friends, and good food. Mark’s life-long association with The Church of Jesus Christ of Latter-day Saints was of paramount significance. He enjoyed serving as a counselor in eight bishoprics, as a high councilor in several stakes, and as a temple worker in two temples. He greatly enjoyed Boy Scouting service, especially the great outdoors and fishing.

Mark loved to express his testimony of the restored Gospel of Jesus Christ and his gratitude for the Atonement and Resurrection of the Savior, Jesus Christ. He always enjoyed serving with fellow veterans of American Legion Post 72 in Orem, UT in recent years. Mark will be greatly missed by many friends and family. In lieu of flowers, donations can be made to the Missionary Fund of The Church of Jesus Christ of Latter-day Saints.

Get local Crime & Courts updates directly in your inbox!

We're wherever you are. Get 90% off when you join today!