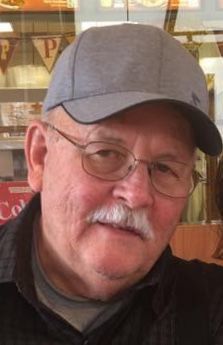 Thomas J. Coyle, Sr., 79 years of age, our beloved father and grandfather, passed away on November 16, 2019. He was raised in Edgemont Igloo, and Belle Fourche, South Dakota. After high school he served in the U.S. Navy and later located to Seattle, Washington, where he was an airplane mechanic. He relocated to Ely, Nevada in 1970 and was employed by Kennecott Copper until 1983. After Kennecott shut down, he came to Elko with his family and worked at Newmont until his retirement.

He had a great love for the outdoors and fishing/camping/hunting. Many family outings were made to the Ruby Marshes and Sunnyside. He was Mr. Fix It and could repair or remodel just about anything. He was also quite the backyard inventor and came up with many useful gadgets and ideas long before they were later seen at Cabela’s or an infomercial. He loved his children and grandchildren, and there was never a canine that would not have wanted to be a Coyle dog.

There will be a service on Saturday December 7, 2019 at 3:30 p.m. at Ruby Mountain Bible Church, 475 Diamondback Drive in Spring Creek, Nevada. Donors are welcome to contribute to a charity of their choice. 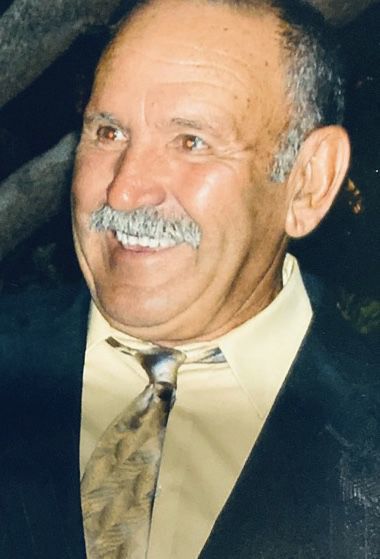 Darrel Drake went home to Jesus on November 19, 2019 at age 79. Darrel was born to Marty and Beulah Drake on July 8, 1940 in Red Bluff, CA. He grew up in Tehama, CA where he lived a very active childhood until he graduated high school in 1958. Darrel met his wife Bernice in 1957. They married on March 12, 1960 and went on to have four children, Frank, Josh, Lori, and Shannon. Darrel worked as a teamster in Chico until 1980. The family moved to Elko, NV where Darrel worked for Eisenman Chemical and then Newmont at Gold Quarry. He retired from Newmont in 2002 and went on to work part time as a bus driver for the Elko Indian Colony. Darrel and Bernice moved to Dayton, NV in 2011 where he went on to live the rest of his life. In addition to being dedicated and a loving family man, he also loved to fish, camp, hunt, and tease the ones he cared about. He had funny sayings, loved to sing, dance, and had only stories he could tell. With Darrel you always knew where you stood, he didn’t leave anything unsaid, he was a man of his word, had great work ethic, he lived with integrity, and would help anyone he could. Darrel joins his son Frank, parents, and many relatives in Heaven. Darrel is survived by his two sisters, nine grandchildren, sixteen great grandchildren, and many nieces, nephews, and cousins. Darrel gave us all love, guidance, strength, and hope. We love you the mostest and until we meet again pops. Save some big fish for us to catch with you. 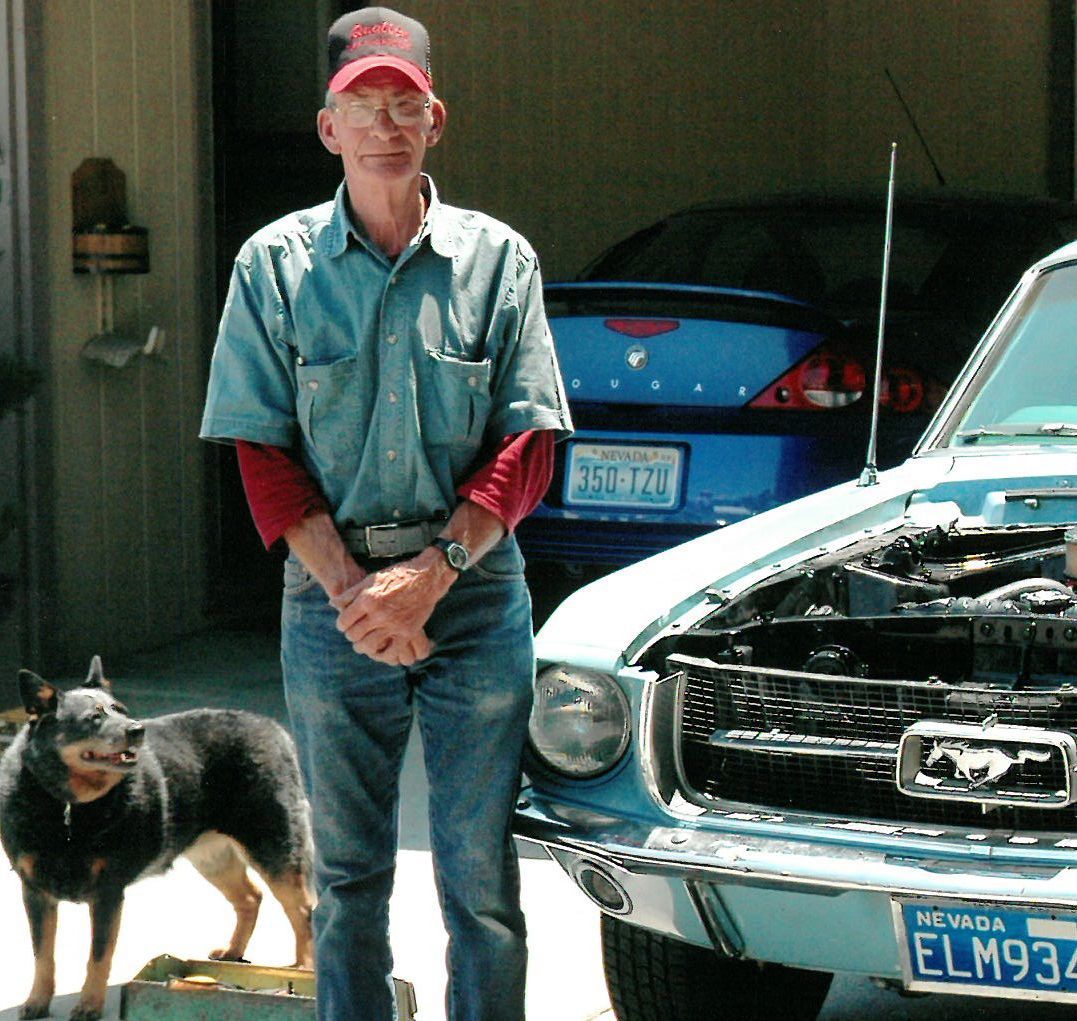 Dennis Paul (Denny) Swain passed away peacefully at the Carson/Tahoe Regional Hospital with complications due to lung disease and an internal infection. Denny was born in White Pine County Hospital in Ely, Nevada to Ward and Thelda Swain. At the age of six months he moved with his family to Carson City and resided there until 1950, at which time he and the family moved to Elko.

Denny entered first grade in Elko and continued his education in Elko Schools, graduating in 1962. After graduation he attended Utah State University. After leaving the University he started a long haul truck driving career. He eventually purchased his own semi tractor trailer and contracted the transportation of goods from the mid-west to the west coast.

After parking his eighteen wheeler, he worked for several years in golf course maintenance in the Reno/Tahoe area. He was an accomplished mechanic and spent his free time “fixing” friends and family vehicles and helping friends restore vintage cars. Denny’s close friends sometimes called him “Denny Dump Truck” or sometimes just “Dump Truck”. He was often referred to as being the guy who can fix anything. Denny was an avid train enthusiast spending a great deal of time at the Nevada State Railroad Museum in Carson City. He loved Nevada history and was proud to be a Native Nevadan.

He was preceded in death by his parents and a brother-in-law, Arnold Carrillo, of Elko. He is survived by a daughter, Melanie Swain-Rogers and a Granddaughter, Adeline Rogers of Phoenix, Arizona; a sister, Faye Carrillo of Elko, Nevada and nephews Todd Carrillo of Wichita, Kansas and Ty Carrillo of Elko, and his devoted and beloved furry friend, Freddy.

There are no services as per his request. If you so desire, you may donate to a favorite charity in Denny’s name. An animal shelter, Northeastern Nevada Museum in Elko or the Nevada State Railroad Museum in Carson City were all places of great interest for Denny. 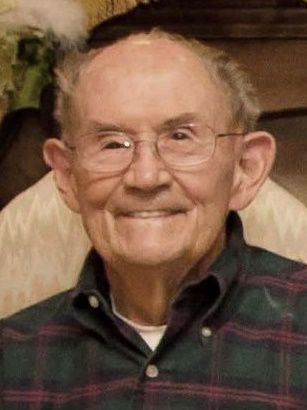 Richard was born October 26, 1924 in the oil fields of central California in the town of Coalinga. His father, Walter Colon, was a tool pusher for Standard Oil of California and his mother, Edith Rossetti Colon, a former schoolteacher. He attended the University of Nevada and, after one year at school, he enlisted in the Naval Air Corps as a naval aviation cadet; at the end of WWII he was discharged from the Navy as a Lieutenant JG. Returning to Reno, he graduated from the University of Nevada with a degree in Business Administration in 1949. Before graduation he met the love of his life, the former LaVonne Hall of Sparks, NV. After a whirlwind courtship they were married by a Justice of the Peace in Gardnerville, NV. He went to work for the investment firm of Wilson Johnson & Higgins and was quite successful. But, having stayed in the Naval Reserve, he was called back to the Korean War and spent one year in Korea and another in San Diego. He retired from the Navy as a full Lieutenant. Upon returning to Reno he, along with 12 others, put the first TV station on the air with the call letters KZTV in 1953. Don Reynolds, who owned the TV station, bought the KOLO radio station and the call letters of the TV station were changed to KOLO. He sent Dick over to be Vice President and General Manager of the radio station and Sales Manager of the television station. In 1958 he returned to the investment field, working for Dean Witter (now Morgan Stanley), where he remained for 35 years until his retirement. He leaves his one true love, his wife of 72 years, LaVonne Colon, along with their three children, Dr. Robert Colon (Patricia) of Elko, Gary Colon (Susy) and Christine Hansen (Doug). Six grandchildren: Erik Hansen (Angela), Jeff Colon (Judy), Shawna Korgan (Grant), Sarah Judd (Bryce), Scott Colon (Esther) and Patrick Colon, as well as 10 great-grandchildren: Kurt, Abigail & Ashlyn Hansen; Maxwell & Emma Colon; Walker, Caroline & Barrett Judd; and Lucy & Sage Colon. Dick took the entire family on five different cruises which he felt was special and great in that it helped bring the family together, creating memories that would last a lifetime. “This happy and successful life would not have been possible without my most wonderful wife, LaVonne” were words often spoken by Dick. At his request there will be no services and, instead of flowers, a donation to the Nevada Humane Society would be appreciated.

Get local obituaries sent to your email inbox: