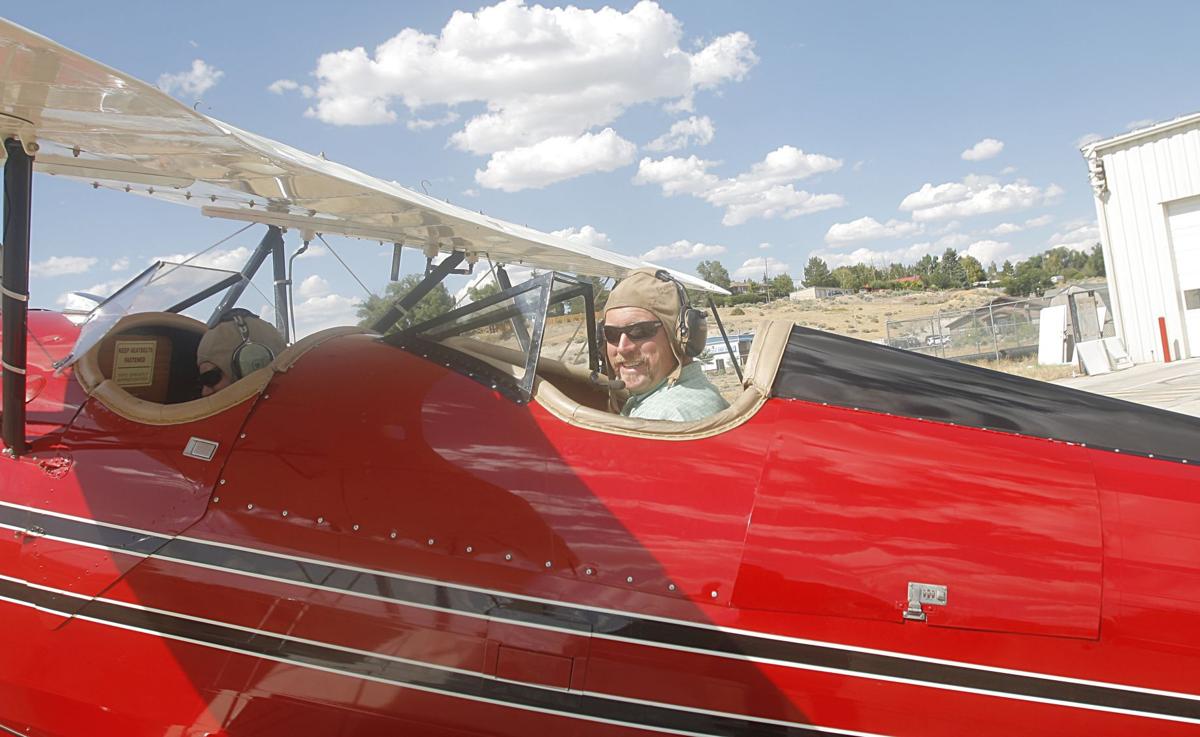 Capt. James Riordan settles into the cockpit of his airplane that he will use to give aviation tours once he retires from the Elko Fire Department. 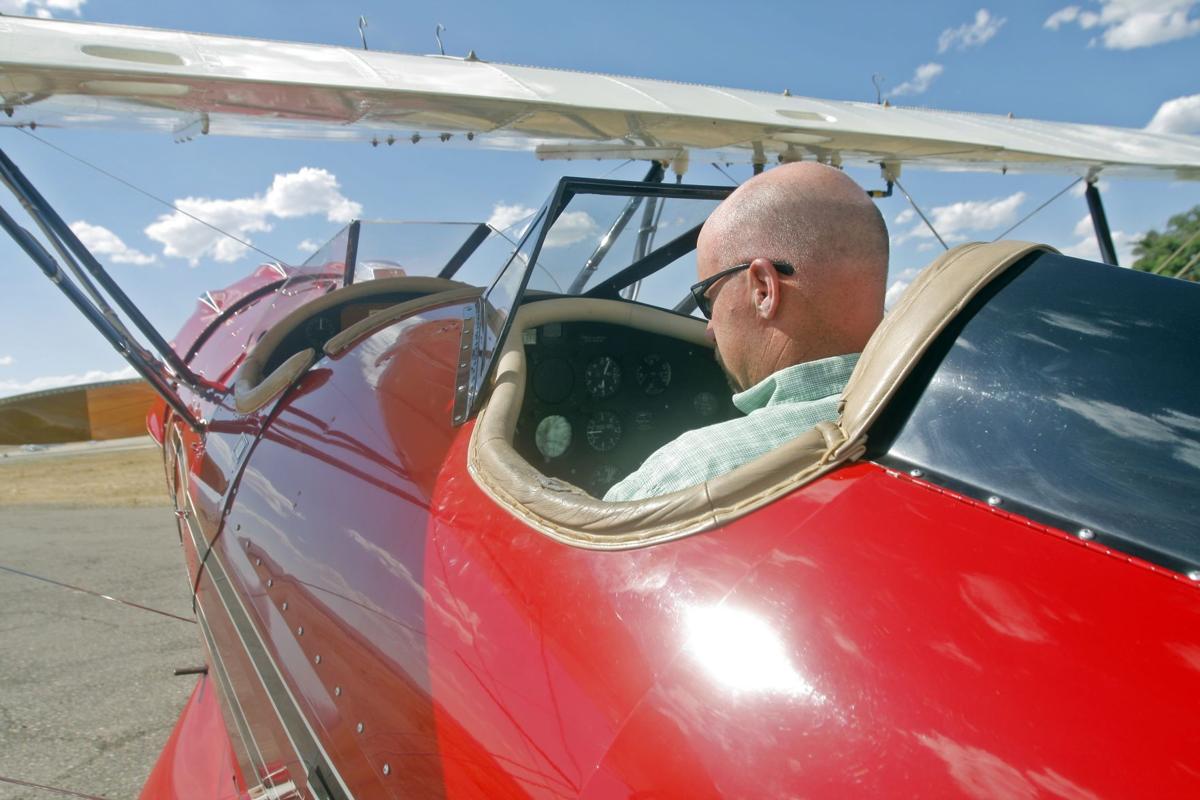 Capt. James Riordan plans to retire from the Elko Fire Department and give aviation tours from Utah in his airplane.

ELKO – After serving with the Elko Fire Department for 20 years and seeing people on some of the worst days of their life, Capt. James Riordan is retiring to another lofty vocation.

Riordan is moving to Kanab, Utah, to give aviation tours in his single engine propeller plane starting this fall.

Aviation has always been a passion for Riordan, who said he was unable to join the Air Force after failing the eye test.

He has enjoyed working with his fellow firefighters for the past two decades, but is looking forward to starting the next phase of his life.

Riordan said he has been into planes since the day he was born — literally.

“I was flying day one. The day I was born, I was put in an airplane and flown to Reno because I was very premature,” he said. “I was in an incubator, and the doctor came up in his own airplane and flew me to Reno. I blame it all on that day.”

The Elko native is moving away, but his family has been in the area for five generations.

Riordan said he appreciated the opportunity to serve the community where he grew up, but noted that responding to emergency situations can be particularly stressful when he knows the person in trouble.

“It’s difficult. A lot of times you know the house, and you get in there and you know the person,” he said. “I actually responded to my grandfather who passed away, which was a pretty difficult time. At the same time, it was nice to be able to be there when he passed.”

One of the positives of working in a community where he was recognized was seeing the children he spoken to about fire safety in school grow up.

Fire Chief Matt Griego said it was a pleasure to have Riordan involved in community outreach programs.

“He has always put the citizens of Elko at the forefront of everything he does,” he said. “He has been passionate with the youth of Elko in teaching fire safety in the schools, so it’ll be sad to see him go, but I’m glad he’s moving on into something that he’s truly passionate about.”

Aside from the fact that it reminds him of his age, Riordan said he enjoys how children have remembered him after all these years.

“I’ve literally watched kids in the early years that were in kindergarten, and now they’re graduating college and getting married. Nothing like that to make you feel old,” he said. “I was at the grocery store, and the girl that’s checking me out at the checkout stand was like, ‘Fireman James, do you remember me? I was in kindergarten at Grammar No. 2.’ It’s so fun when they can remember you as adults.”

Now that he is leaving the department, Riordan said he is hoping to create more memories for the people who go on his aviation tours.

The area where he’ll be flying will give him a bird’s-eye view of national forests and part of the Grand Canyon. Flight tours will soar at more than 5,000 feet in the air.

Although Riordan had to get over his fear of heights when the department required him to climb ladders, he said he is looking forward to getting up to altitude on a more regular basis.

He said he will enjoy flying above southern Utah but that the view up above this area will probably remain one of his favorites.

“I picked that airplane up in Georgia and flew it clear across the country to get here, and the prettiest landscape was coming into southern Utah and coming home,” he said. “You cannot beat the mountains we have here in the West.”

What became of an Elko nurse who blew the whistle on patient negligence and mismangement in New York City a year ago?

Elko hospital restricts visitors due to rise in COVID patients

"We have seen an exponential increase in patients hospitalized for COVID-19 over the past few days, so this was the logical next step.”

Another fire off Last Chance Road

ELKO – Another windy weekend, another wildfire.

Capt. James Riordan settles into the cockpit of his airplane that he will use to give aviation tours once he retires from the Elko Fire Department.

Capt. James Riordan plans to retire from the Elko Fire Department and give aviation tours from Utah in his airplane.