ELKO – Blazing hot weather often leads to wildfires, and this past weekend was no exception.

Authorities are trying to determine the cause of a wildfire north of Interstate 80 near Oasis. The Lost Fire in the Toana range had burned about 1,200 acres just a few hours after it was reported Sunday afternoon, then exploded to about 8,000 acres by nightfall, according to the Bureau of Land Management.

Federal resources on the scene included 19 engines, four water tender, six dozers, six single-engine air tankers, and one helicopter. A state crew along with six county engines were also on the blaze, and more resources were being ordered.

Two other wildfires were reported Saturday.

A fire in Secret Pass burned 4.7 acres in rough terrain, according to the Elko County Fire Protection District. It was near the road but the cause was not determined.

County firefighters were also called to Starr Valley where a truckload of hay burned.

Steven Hamilton of the ECFPD said a rancher was moving hay on a flatbed truck when the fire broke out.

“They stacked it too close to the exhaust” pipe on the truck, he said.

Hamilton estimated about 20 tons of hay were lost in the blaze. About a quarter-acre of adjacent ground also burned.

The action continued on Monday.

Firefighters responded to a structure fire in Ryndon that spread to adjacent wildlands along Mesa Verde Drive. About two acres burned.

Another fire was reported Monday evening off Palace Parkway in Spring Creek.

Temperatures climbed into the hundreds for four days in a row, on Thursday through Sunday. The high of 103 on Thursday tied the record for the date.

The National Weather Service forecast calls for highs in the mid to upper 90s through Wednesday, with a chance of isolated thunderstorms on Tuesday.

ELKO – Snow has fallen, temperatures have turned cold, and open burning is once again being allowed in Elko County. 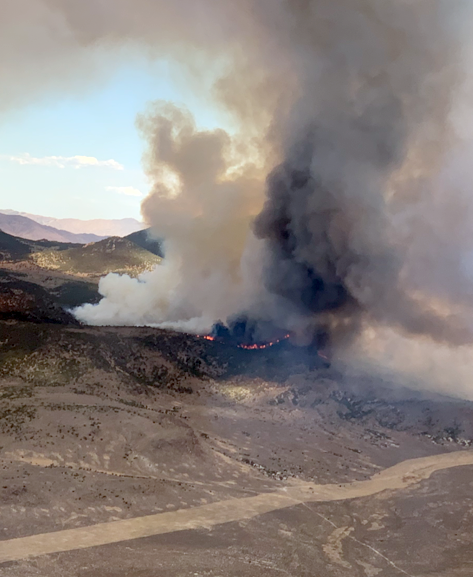 A fire in the Toana range east of Wells burned 1,200 acres within a few hours after it started Sunday afternoon. 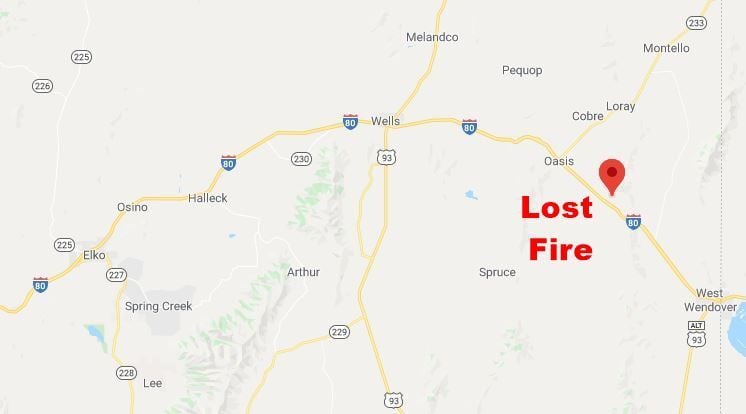