Scientific research fueled by the Great Basin Sagebrush Restoration Fund is showing promise in its efforts to improve rehabilitation of rangeland damaged by wildfires, improve mine reclamation and expand habitat for sage grouse.

The fund was established in 2017 by Lithium Nevada Corp. and the University of Nevada, Reno, Foundation. The fund is under the control of co-founder Professor Tamzen Stringham, a rangeland scientist and interim head of the UNR Department of Agriculture, Veterinary and Rangeland Sciences.

“We’re in sagebrush county out there, as is most of Nevada,” he said. “It’s very difficult to reclaim sagebrush.”

Zawadzki said if mining companies don’t get the land reclamation work done right the first time, “they have to go back and do it again and again.” This thinking led to his approaching Stringham to discuss creating the sagebrush fund to discover better ways to reclaim land not only for mines, but also for federal agencies after range fires.

A prime example is the restoration work needed after the Martin Fire in 2018 that scorched 432,000 acres, ranging from Humboldt County to near Tuscarora in Elko County.

“The sagebrush ecosystem doesn’t do well after a fire,” Stringham said. “The land tends to easily convert to cheatgrass, so we are focused on that component. It gives us an opportunity to work on a fire scar to see if we can improve” sagebrush growth.

“We are doing this to see if they germinate equally or we see a preference for their home location,” Stringham said.

She said a graduate student is collecting sagebrush seeds to plant plots in January and February near Tuscarora and Paradise Valley on land impacted by the Martin Fire.

The U.S. Bureau of Land Management has seeded roughly 20 to 25 percent of the Martin Fire’s total acreage, and the work was partially successful, Stringham said.

A lot of money has been spent in the past on fire reclamation with “minimal success, so we are trying to improve that,” she said. Restarting native plants into the sagebrush ecosystem has met with 10 percent success. “I would be thrilled if we could get to 30 to 40 percent.”

BLM used Wyoming big sagebrush and crested wheat seeds, but the coated seeds researchers are testing for better growth success are not available in volume. Commercial growers will be needed once research finds the best coating for seeds.

Zawadzki said Lithium Nevada used enhanced seeds at its drilling pads that needed to be reclaimed, and there are “very happy plants on our site.”

Stringham said coated and uncoated seeds were used on the drill pads, and “hands down” the coated seeds did much better.

The BLM provided a $125,000 grant this year, and Stringham has applied for an additional $200,000 grant from the agency. Grants don’t go into the restoration fund but rather are received at UNR through the Office of Sponsored Projects and administered as federal grants for research.

“We have to keep the grants separate, but we use them on the same projects” she said.

Grants are generally limited to two to four years, but the restoration fund allows researchers to have more time for their work. The fund balance was $125,000 as of Oct. 1.

Along with the BLM and Lithium Nevada, companies donating to the fund include Barrick Gold Corp., Newmont Goldcorp Corp., Hecla Mining Co. and Kinross Gold Corp., but the fund is looking for more contributors, according to the co-founders.

Stringham said the fund “is growing in interest and donations.”

Stringham and Zawadzki visit mining companies, power companies and the livestock industry in hopes of bringing everyone using rangelands to the table.

“The big picture is this. If we continue to lose sagebrush habitat to fire and development, the greater sage grouse will be listed, and their ability to mine or whatever activity will be lost. This is really critical,” Stringham said.

A federal judge in Boise in October temporarily blocked the Trump administration from easing rules on mining, drilling and grazing in seven Western states, saying such activities left unchecked were likely to harm the greater sage grouse, according to The Associated Press.

The restraining order means the administration must fall back to the earlier, more stringent rules used under the Obama administration.

Once the restoration fund was organized, Stringham reached out to two experts to be part of her team to develop seed enhancement technologies. They are Matthew Madsen of the Department of Plant and Wildlife Sciences at Brigham Young University and Todd Erickson of the University of Western Australia. They all work with graduate students.

“This is a tremendous amount of effort, and mines have invested in the University of Australia to answer questions on seed collection and storage, seed coating technologies to enhance germination and establishment and seedbed preparation methodologies,” Stringham said.

Research will be open source, so all companies, agencies and ranchers, as well as other countries, will have access once the results are ready for publication.

“Our results were really good last year. We had good moisture. We want to test in dry years,” Stringham said.

She said with seed coating, the success she is “really excited about a 142 percent increase in germination and establishment.”

“We don’t have bad chemicals on the seeds,” she said.

They try combinations, as well as seeding methods, including furrowing.

“We are seeing good success with carbon coating and furrows combined,” Stringham said.

Researchers also are looking at bundling seedlings for easier broadcast from a plane or by drilling to give sagebrush a better chance of breaking through to the surface, and they are seeing success.

Flash flaming of seeds is also being tested. A joint BYU and University of Australia presentation on research in the Great Basin states that flash flaming “burns off fluffy appendages that appear on many wild seeds.” The report states flash flaming can reduce seed volume by 44 percent and permit seeds to be treated with a polymer seed coating.

Bluebunch wheatgrass seeds are tested, too.

The research team has one test plot in Oregon, four in Nevada and three in Utah.

Madsen wrote in an update on the use of seed enhancement technologies that “sagebrush agglomeration can improve the ballistics and flow properties of sagebrush seed, which allows the seed to be spread further and more consistently.”

He stated that the improved efficiency can lower overall seed costs by roughly $11 to $16 per 2.47 acres.

Lithium Nevada Corp.’s plans to mine and produce lithium products at its Thacker Pass project near Orovada in northern Humboldt County are on …

We walked through a miniature garden, with small green plants standing out against the blackened ground. Dead mountain mahogany tree limbs twi…

ELKO — The Camp Fire that swept into Paradise, California last November and turned the day into a devastating nightmare has been a wake-up cal…

BATTLE MOUNTAIN – Barrick Gold of North America would remove trees on more than 15,000 acres in northeastern Nevada under a conservation agree…

ELKO – Forty-five volunteers from kids to adults planted 4,000 sagebrush seedlings on a portion of the Sheep Creek Fire near Battle Mountain o…

PLEASANT VALLEY — Snow sprayed in the wind beneath a helicopter in a field near Pleasant Valley the morning of Jan. 22 as the aircraft hooked … 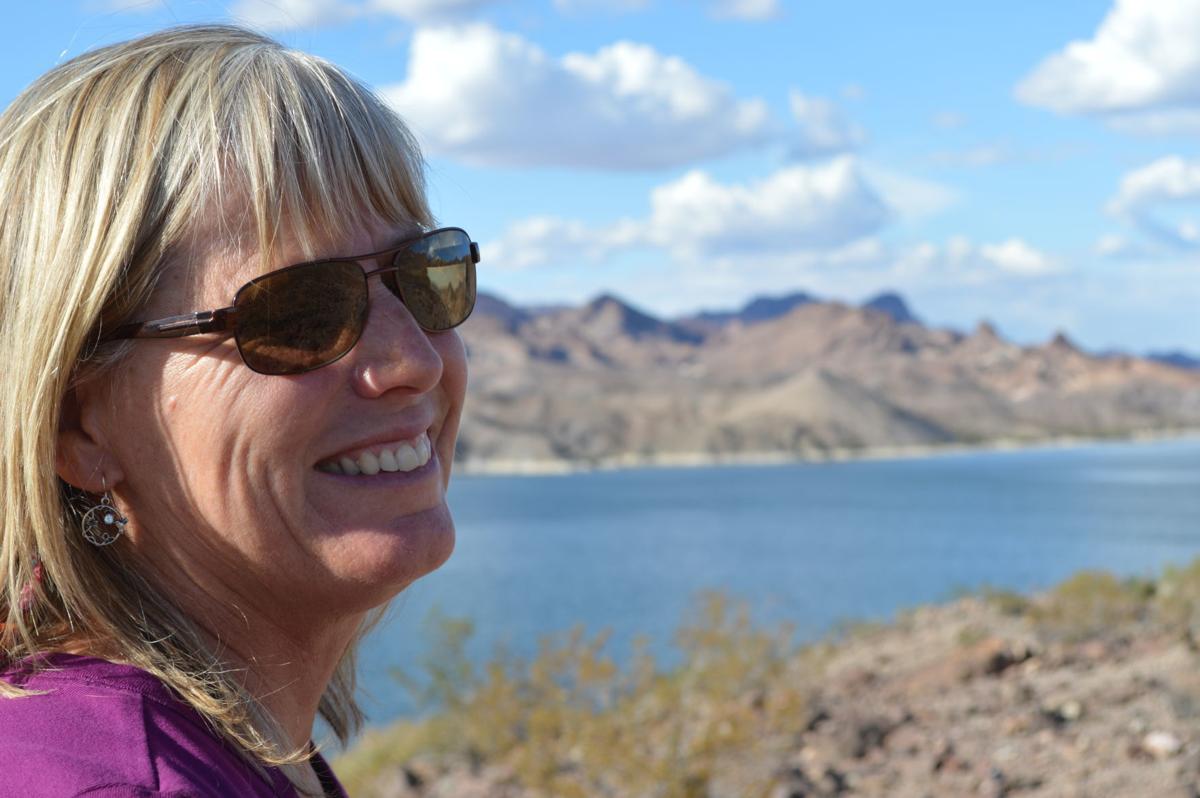 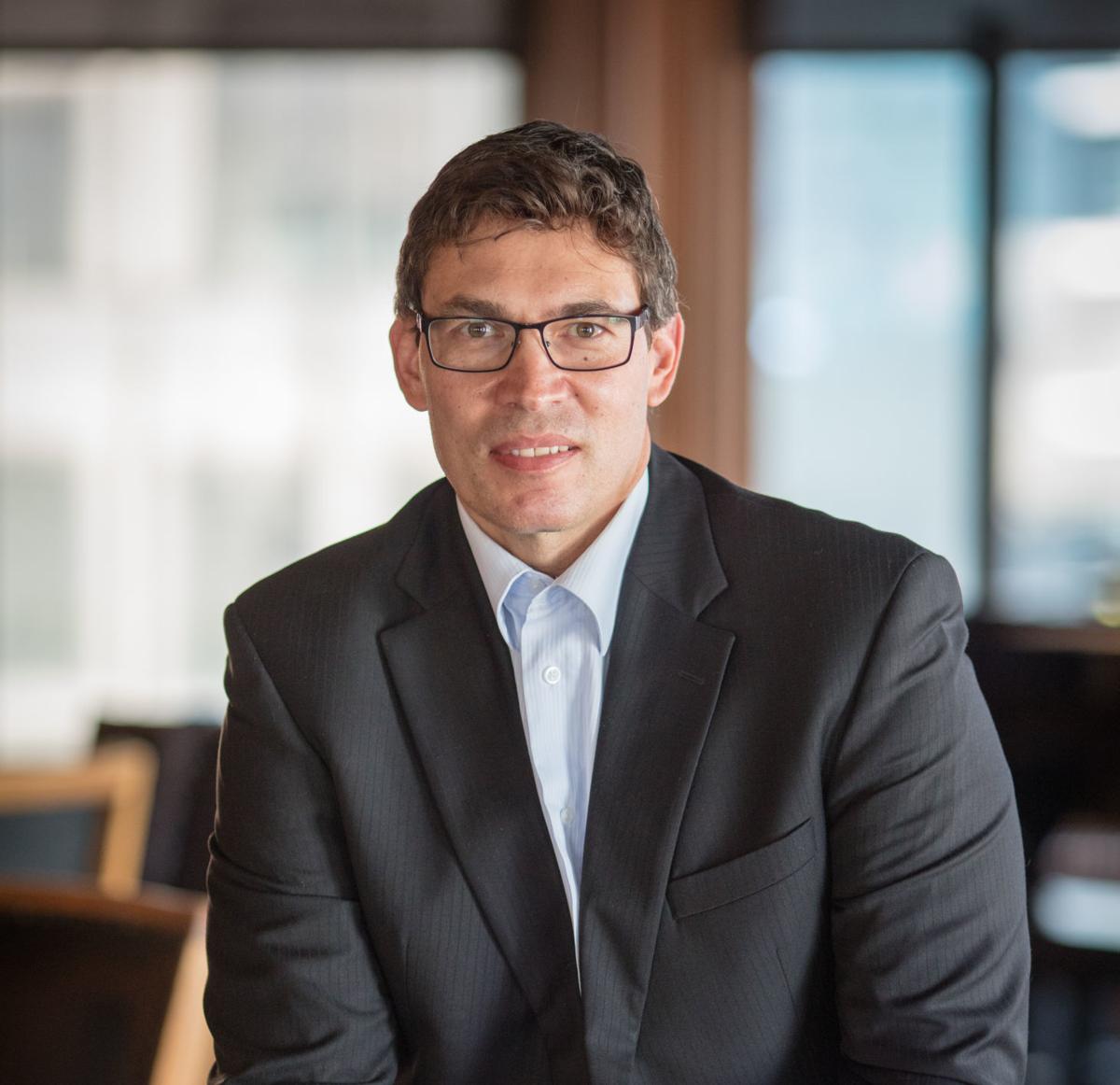 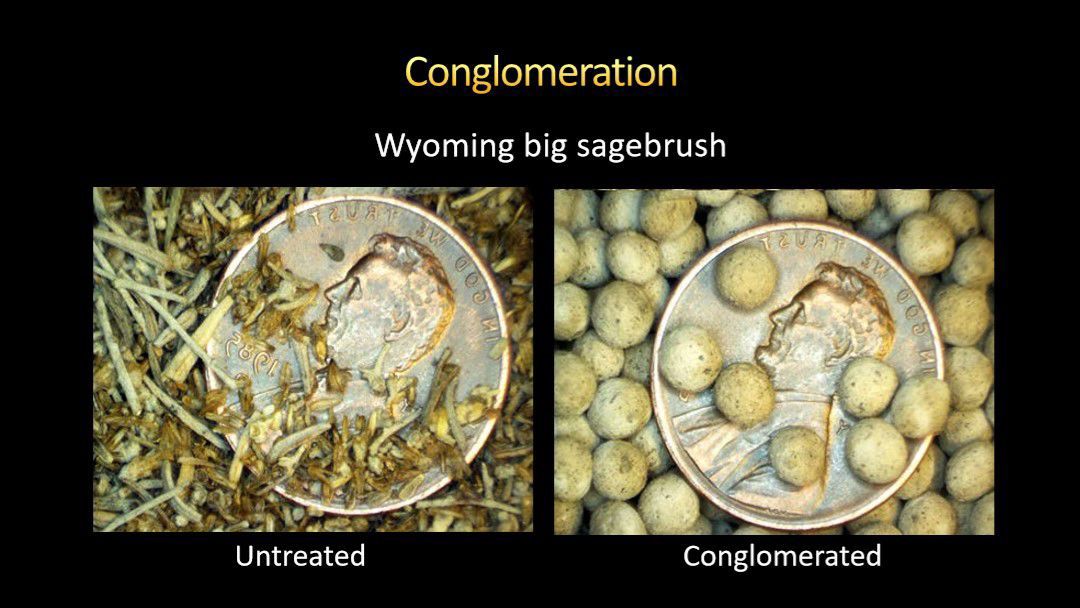 These photographs provided by the Great Basin Sagebrush Restoration Fund illustrate what Wyoming big sagebrush seeds look like before treatment, left, and after conglomeration. 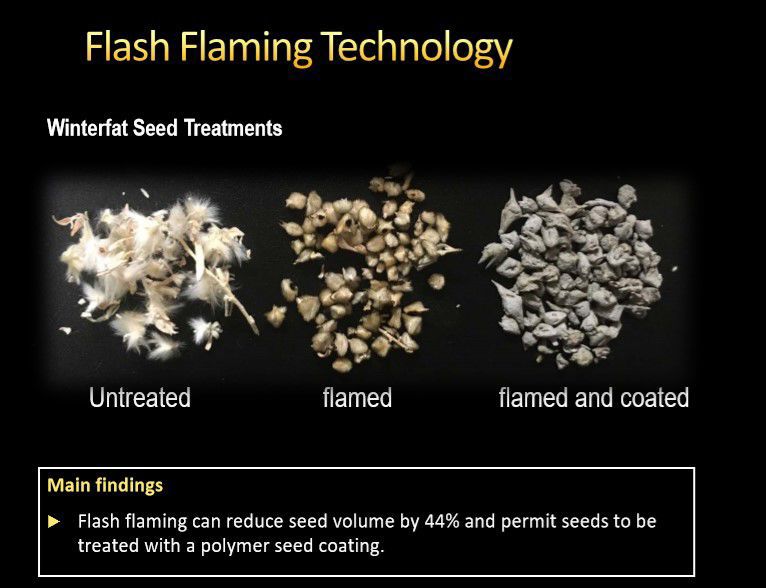 Researchers helped by the Great Basin Sagebrush Restoration Fund are looking for better ways to grow sagebrush, especially after fires. This photo of sagebrush in the Great Basin is in a presentation on the research.