As COVID-19 cases continue rising in Elko County and in the state, Assemblyman John Ellison, R-Elko, said Tuesday he hopes Gov. Steve Sisolak doesn’t turn back the clock to the first phase of reopening the economy, rather than stay at the second stage.

He said “my biggest fear” is that Nevada goes back to phase one, which would mean that “you will see businesses close and never open up again. It will break them.” He said businesses are barely coming back and many of used their savings up already. “It’s pretty scary.”

Elko County Commission Chairman Demar Dahl said Tuesday those at high risk need to be protected from the coronavirus but “it doesn’t make sense to shut down the economy again.”

He said he had heard the governor wanted to go back to phase one, but he hoped that would not be the case.

Dahl said the governor called him Friday and voiced concerns about the spike in cases in the county and the capacity of Northeastern Nevada Regional Hospital, which had one COVID-19 patient on Friday but had none in the hospital on Monday.

“It’s hard to figure out why we are getting so many cases,” he said. “I think most people are willing to wear masks, and I see a lot of people with masks, but at the same time I see a large number who aren’t wearing them.”

Sisolak declared on June 24 that everyone in Nevada had to wear masks to protect against the spread of COVID-19, and Elko County continues to urge everyone to do so, however, Elko County Sheriff Aitor Narvazia has said he won’t enforce the mask ultimatum.

The sheriff was critical of the governor in a Republic United Facebook posting that stated he heard Sisolak received a complaint regarding Elko’s July 4 fireworks show because the show as planned then would break the rule of 50 people or under.

Ellison, who is in Carson City of the special legislative session that is expected to start Wednesday, said he was surprised when the governor’s office called to say the July 4 fireworks show in Elko could have only 50 people attend, after the organizers had carefully planned for social distancing, extra bleachers and hand sanitizing stations.

The organizers had to drop plans for people to attend the show at the Elko County Fairgrounds, but the show still went on with all aerial displays.

The sheriff was also critical in the Facebook posting of the governor for attending a protest in Carson City on June 20 where he understood there were more than 100 people in attendance, some without masks.

Dahl said that when he talked with Sisolak on Friday, they agreed the sheriff is an elected official and “does what he thinks is best to do.”

Nevada Health Response posted a COVID-19 Re-Opening Response Plan on July 1 that states limiting gatherings to 50 or fewer people is part of the social distancing protective measures, along with the six-foot social distancing and avoiding socializing in groups of 10 or more people.

Enforcement of protective measures is shared between local authorities and the Nevada Department of Business and Industry’s Division of Industrial Relations Occupational Safety and Health Administration, and starting in July, there will be regular and unannounced surveillance of businesses in communities where a high rate of COVID-19 occurs, the report states.

The report also says that as of June 22, daily new cases in Nevada were growing at a 2.6% rate, or 334 cases per day, compared with 116 new cases a day at the end of May. The new cases are among younger people, according to the report.

“An important aspect of COVID-19 is that there is an inherent delay from the point of exposure to symptoms starting, specimen collection, laboratory testing to reporting to public health. By the time the public health authority learns of the case, one or two weeks or more may have elapsed since the initial exposure occurred,” the report states. “In this period of time, the case may have infected others.”

The report was issued in coordination with the Nevada Department of Health and Human Services and the Department of Business and Industry.

Ellison said phase three of the reopening of the economy was supposed to start the first of July “but that didn’t happen.”

He was meeting with the Republican caucus Tuesday to prepare for the special session that will focus on the Nevada budget. He said the Nevada Legislature may also look at police reform, which “I don’t support.”

Ellison said he is most worried about cuts to education.

Sisolak released a report Monday proposing measures to handle a projected $1.2 billion budget shortfall but won’t include new taxes because they wouldn’t be viable as an immediate option.

Deep cuts but no new taxes in Sisolak's budget

Tens of thousands of rounds of fireworks lit up the nighttime skies above the Elko County Fairgrounds and the Spring Creek Marina, wrapping up…

Cases jump by more than 900 on Friday, hospitalizations rising.

Putnam: Wear masks, Elko County is in a full-blown outbreak

"It is easier to talk through a mask than a ventilator.”

ELKO – Eighteen new positive cases of COVID-19 were announced late Thursday, pulling the count of active cases up to 99.

Will Elko mask? We asked — Locals respond to mask mandate

Citing a troubling uptick in the state’s number of COVID-19 related cases and hospitalizations, Gov. Steve Sisolak has announced a new state m… 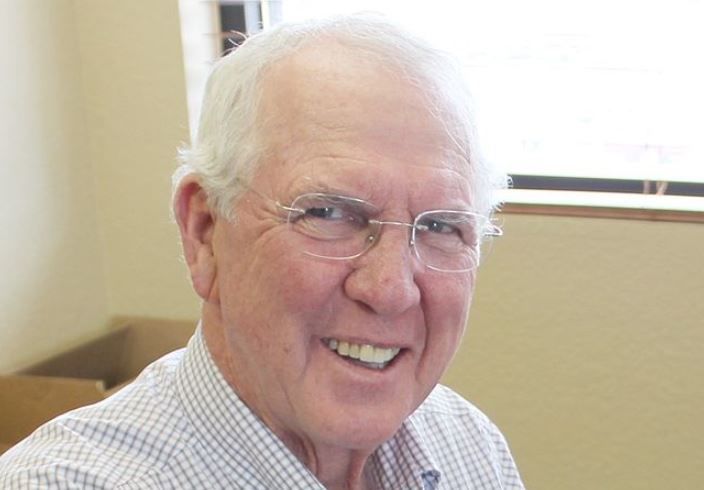